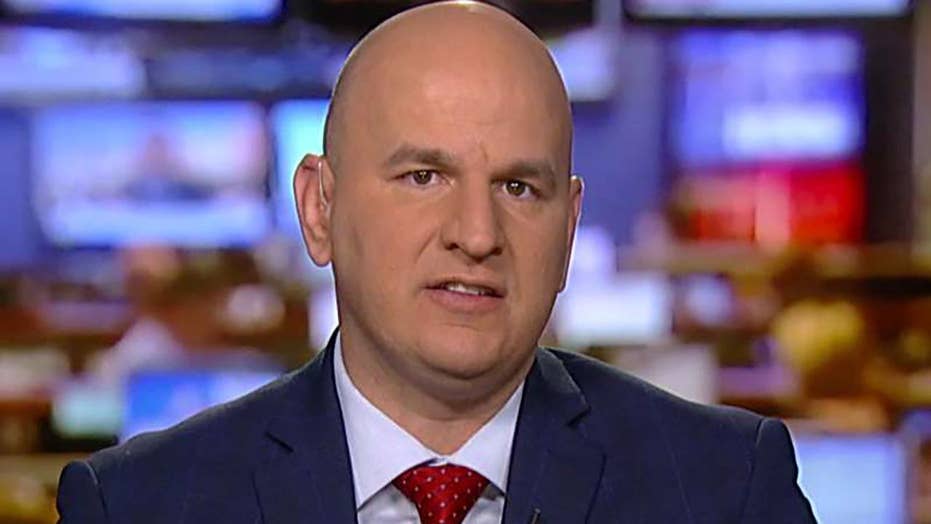 President Trump’s shrewd governance, along with unforced errors by the Democratic Party, has the president positioned to not only win the White House for a second term but also to win back the House and make gains in the Senate.

There are five major factors that will make this a reality: the economy, illegal immigration, socialism, the Mueller report, and the rule of law. Let’s break each of these issues down.

It is a well-established fact that Americans vote with their wallets. In 1992, Bill Clinton’s campaign successfully unseated George H. W. Bush in large part due to a contraction in the economy -- “It’s the economy, stupid.”

If a booming jobs market and our economic outlook remain as high as they’ve ever been in my adult lifetime, the Democrats are in serious trouble.

Our economy is the envy of the world, and by any measure that is due to President Trump’s business aptitude and willingness to buck the status quo.

As for immigration, Americans know what a crisis looks like, and as former Department of Homeland Security Secretary Jeh Johnson of the Obama administration said, the U.S.-Mexico border is "a crisis by any measure."

Year in and year out, we’ve demanded the government secure the border. This issue was one of the major factors leading to President Trump’s historic victory in 2016. Denying what the public sees as an obvious truth will certainly hurt the Democrats at the polls in 2020.

Unlike the economy, the Democrats’ head-in-the-sand, do-nothing approach to illegal immigration is a self-inflicted wound to all Democratic presidential hopefuls. Denying your house is on fire as it burns to the ground because you refuse to call the fire department is not sound public policy.

Although they won’t admit that a border security crisis exists, behind closed doors Democrats surely recognize they have a few crises of their own. A great economy and continued unchecked illegal immigration will equal landslide losses for the Democrats.

Those two issues alone will put President Trump back in the White House for a second term, but it doesn’t end there.

Embracing radical socialism is yet another unforced error by the Democrats. The U.S. should never be like the barn fire that is Venezuela. We believe in freedom, running our own lives, making our own way, and competition. We have thrived on this system for several centuries now.

The Democratic Party's final pitfall worth noting is one that will haunt it for years to come: the collusion hoax.

I was recently with the president in Calexico, California, when he said of the asylum process, "It's a scam, it's a hoax. I know about hoaxes. I just went through a hoax." Although his comment drew great laughs, it was a true statement.

The American public will not quickly forgive those who incessantly attack a sitting president with obvious falsehoods for no other reason than to advance their political agenda and to cover their own misdeeds.

The waste of taxpayer money and resources is a disgrace. There was no collusion, and the 2020 polls will put the final stamp on this sham.

On a personal note, I want to say that as a law enforcement officer, I witness the public support offered for doing a difficult, often thankless job nearly every day. Many in the mainstream media, and yes, many Democrats, would have you believe law enforcement officers are monsters. That couldn’t be further from the truth.

There are those on the left who are laughing at the idea of Republicans taking back the House. But consider this: in the 2018 midterms, the Democrats flipped 43 seats while the Republicans flipped three. In 15 of those races where the Democrats flipped seats, they won by a total of 70,143 votes. That’s an average of merely 4,676 votes per district, or less than 1 percent in each race.

And remember, when the midterm elections took place, many in the public still had doubts about the collusion hoax. The Mueller report wasn’t out yet.

The Democrats’ unforced errors coupled with President Trump’s great governance means those seats will certainly come back to the Republicans. They will only need to pick up six more seats to complete the red wave in 2020.