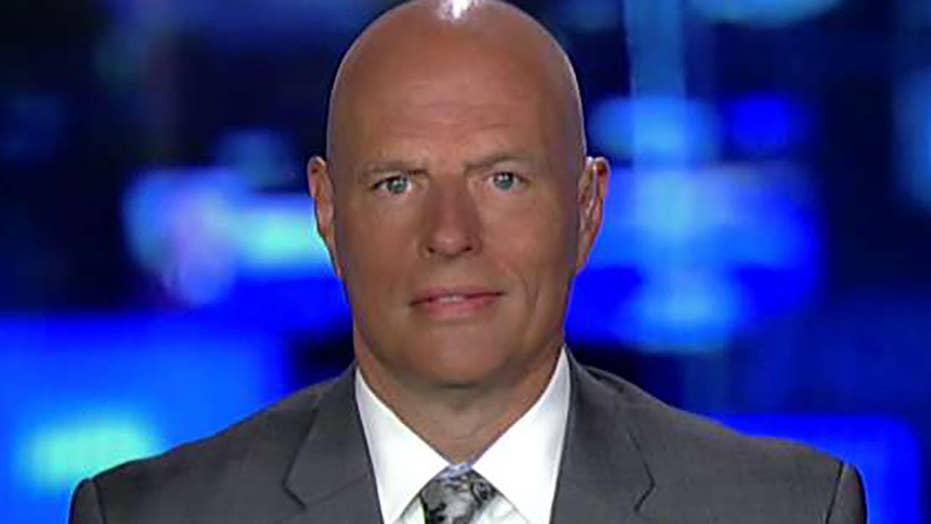 Are liberal lawmakers who refuse to cooperate with ICE endangering Americans?

Some prominent Democrats have declared war on the Immigration and Customs Enforcement agency (ICE), threatening the lives of federal officials in order to advance a radical political agenda and a policy of open borders.

These Democrats are showing they have no limit on how far they will go to tear at the fabric of our nation, especially the institutions created by Congress to maintain domestic peace and security.

On Aug. 13 a man fired shots through the windows of two buildings where ICE employees and contractors worked in San Antonio at around 3 a.m., when few people were in the offices. Thankfully, no one was hit, but FBI Special Agent Christopher Combs noted afterward that “had the bullets gone 2 inches in another direction, we could be here today talking about the murder of a federal official.”

One month earlier, Antifa member William van Spronsen attacked an ICE detention center in Tacoma, Washington. Authorities said he was armed with a rifle and threw incendiary devices at buildings and cars, setting a car on fire.

Spronsen was shot and killed by the Tacoma Police Department, stopping him before he could kill anyone. Recently released video footage shows he had targeted propane tanks in an attempt to burn down the ICE facility, which had 1,400 people inside. Thank God the Tacoma police responded quickly, bravely and competently, no doubt saving many lives.

The incident in San Antonio marks the fourth attack on ICE within the past month. With each new attack, it becomes increasingly clear that the perpetrators appear to have been inspired by the words and deeds of leading Democrats.

The hyperbolic rhetoric invoked by Democrats in the immigration debate has consequences.

If they continue to inflame their base instead of standing up for the safety of the men and women who have sworn to defend American citizens and uphold American laws, the Democrats will have blood on their hands.

Some Democrats have referred to illegal immigrant detention centers as “concentration camps” – places where the Nazis tortured and murdered millions of Jews and others during World War II. Even more Democrats and many in the media have routinely accused President Trump of racism for his efforts to secure our border.

Democrats must be held responsible for the consequences of their dangerous rhetoric. In his manifesto, for example, van Spronsen justified his attempt at a mass murder attack by copying the language of anti-ICE zealot Rep. Alexandria Ocasio-Cortez, D-N.Y.

If the Democrats keep broadcasting toxic messaging and hyperbolic accusations, we can expect even more egregious acts of anarchy from their base in the weeks and months to come.

If they continue to inflame their base instead of standing up for the safety of the men and women who have sworn to defend American citizens and uphold American laws, the Democrats will have blood on their hands.

Armed domestic terrorists simply cannot be allowed to use violence to influence the political process. Doing so threatens the very fabric of our republic and undermines the public trust required for the electoral process to take place.

Unfortunately, Democrats and their media enablers routinely downplay left-wing violence – and in some cases actively encourage it. Instead of condemning the attacks, leading Democrats and much of the mainstream media have acted as though they never happened. This is an intolerable dereliction of duty, especially on the part of the supposed “guardians of democracy” in the press.

If we want to maintain the rule of law and democratic legitimacy, we cannot tolerate the intimidation tactics and violent rhetoric of radical Democrats. The war on ICE is an attack on the entire American system of government and the rule of law.