Anyone who cares about establishing an orderly immigration system and ending the flow of illegal drugs, violent criminals and human traffickers coming across our southern border should take heart from the undeniable fact that President Trump’s administration is winning the fight for border security.

After years of growth, net migration into the United States was already dramatically decreasing before the coronavirus pandemic. For the first time since the 1960s, the percentage of the U.S. population made up of people born in other nations is shrinking.

This is proof of a profound change in the dynamics of migration in a direction most Americans have long supported, and it represents the culmination of longstanding efforts to address both illegal immigration and the unintended abuse of our lawful immigration system.

The refugee system — set up to provide refuge for victims of war and persecution who had nowhere else to go, often on an explicitly temporary basis — had long since become a racket. It provided prestigious jobs in Washington for “resettlement experts” and taxpayer money for glorified slumlords, while generating massive fallout for unsuspecting American communities.

Today the system has finally been returned to its proper role. The 18,000-migrant cap is the lowest since the U.S. Refugee Act of 1980 dramatically raised quotas and ushered in a decades-long era of widespread abuse.

As a result, the data shows that our refugee slots are finally being used for their intended purpose of helping genuinely oppressed people and groups, while excluding “refugees” from areas rife with terrorist groups. 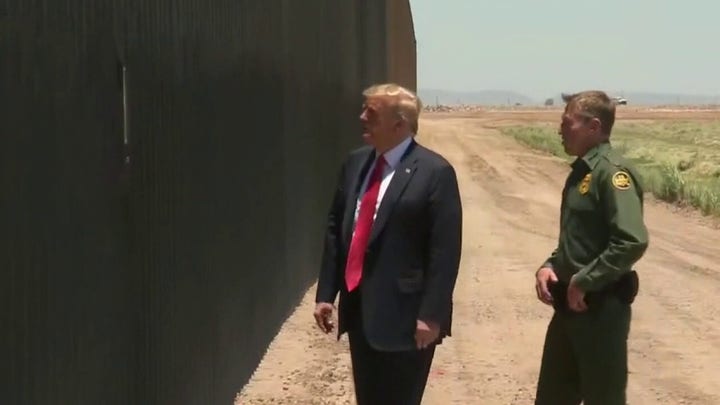 The asylum system, too, has been reined in, and no longer serves as a backdoor visa program. Under the “Remain in Mexico” policy initiated by President Trump and related cooperative agreements with Mexico and other countries to the south, claiming a “credible fear” of oppression in one’s home country is no longer a free ticket into the United States.

The Justice Department has finally halted the rapid expansion of hardships that qualified someone as an “asylum seeker,” which allowed economic migrants to avoid scrutiny of their claims for months or years.

Even these significant asylum reforms are merely one part of a wider series of President Trump’s policy successes that helped defeat the so-called caravan waves of 2018 and 2019 and made the border safer and more secure than at any point in recent memory.

Perhaps most importantly, we have made real progress on the border wall. More physical barriers go up every day, making our Border Patrol agents’ jobs easier and protecting our border communities.

With the wall and other long-sought improvements to the border infrastructure, the Border Patrol is making tremendous gains in the fight against drugs and the brutal cartels that smuggle them into our country. Meanwhile, tens of thousands of violent gang members, including members of the vicious MS-13, have been evicted from our country.

If you support border security — no matter what your reason — then you should take comfort from the knowledge that we are now closer than ever before to solving what once seemed like a politically intractable issue.