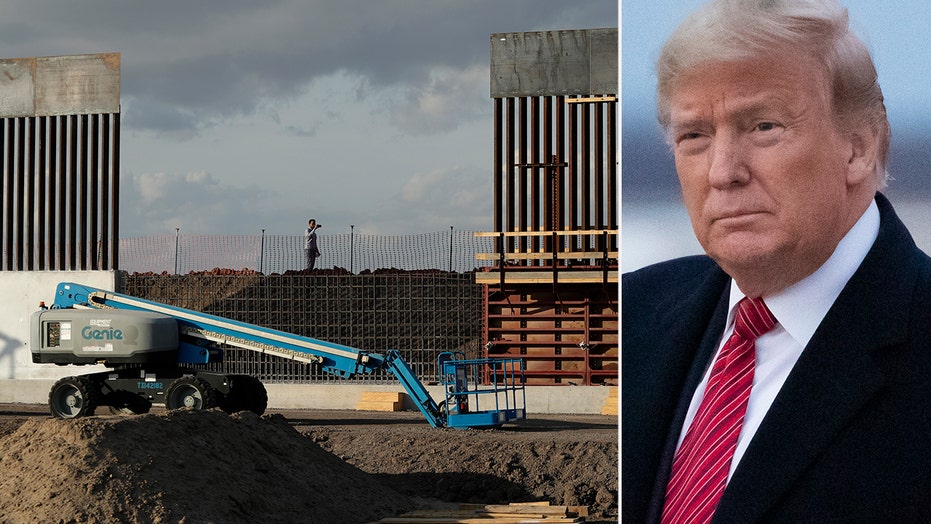 In a torturous, twisted interpretation of federal immigration law, a three-judge panel of the 9th U.S. Circuit Court of Appeals upheld a preliminary court order Friday to block the Trump administration from continuing to implement its Migrant Protection Protocols, known informally as the Remain-in-Mexico policy.

But shortly after issuing the ruling, the three-judge panel voted 2-1 to put a hold on it, preventing it from going into force until the federal government can file written arguments by the end of Monday in favor of the Remain-in-Mexico policy and plaintiffs can respond by the end of Tuesday arguing in favor of stopping the policy from being carried out.

Implemented last year by the Trump administration, the policy has proven effective in stemming the flood of illegal crossings at our southern border.

One of the biggest drivers of the crisis at the southern border was the “catch and release” policy of President Barack Obama’s administration.

Because the number of illegal immigrants apprehended at the border far exceeded the capacity of federal detention facilities, most of those arrested were simply processed, scheduled for an immigration hearing and then released. The majority then disappeared into the vast interior of our country and never showed up for their immigration hearings.

Fighting back, the Trump administration issued a new rule last year that took advantage of the authority granted under 8 U.S.C. Sec. 1225(b)(2). That provision specifies that in the case of immigrants who arrive “on land (whether or not at a designated port of arrival) from a foreign territory contiguous to the United States,” they can be returned “to that territory” while their claims for asylum are pending.

The Migration Protection Protocols (MPP) required that asylum seekers who crossed the southern border had to return to Mexico until immigration officials determined the validity of their claims.

Moreover, the asylum claims of those who failed to cross through an official port of entry would not be considered credible. This is simply common sense.

After all, why would someone with a valid asylum claim sneak across the border instead of coming in legally at a port of entry? The administration provided exceptions to the MPP for unaccompanied children as well as those with a credible fear of persecution in Mexico.

Once word got out about this new policy, the number of illegal crossings plummeted. With the cooperation of the Mexican government, more than 60,000 illegal immigrants were returned to Mexico over a 13-month period.

New immigration courts at key crossing points like Laredo, Texas, drastically reduced the time needed to process asylum claims, so that refugees with legitimate asylum claims had their cases heard much faster.

Acting Homeland Security Secretary Chad Wolf said the MPP “allowed us to take control of the crisis” at the border that was overwhelming the Border Patrol and our immigration capabilities.  So naturally, those who want open borders and no enforcement of our immigration laws sued and found a friendly audience in federal court in San Francisco and in the 9th Circuit.

Given how clear the statute is, one might wonder how a court could say that the MPP is somehow invalid. But that is what the 9th Circuit did in East Bay Sanctuary Covenant v. Trump. It began by ignoring several provisions of federal immigration law that deprive courts of having any say over this issue to begin with.

One of those, 8 U.S.C. Sec. 1252(e)(3), specifically says that regardless of “the nature of the action or claim and without regard to the identity of the party or parties bringing the action, no court may enter declaratory, injunctive, or other equitable relief in any action pertaining to an order to exclude an alien.”

Of course, this is exactly what the lower court and 9th Circuit did in issuing an injunction against the order excluding immigrants from entry into the U.S. while their asylum claim is being evaluated.

The court then held that the MPP is an “arbitrary and capricious” interpretation of the law, even though federal immigration law unambiguously and without any limitation gives the federal government the ability to exclude immigrants who have crossed one of our land borders while their asylum claims are being evaluated.

How can applying the clear text of a federal law be arbitrary and capricious?

The court further held that it was also arbitrary and capricious for the executive branch to consider as not credible the asylum claims of those who cross illegally rather than through an official port of entry. This was despite acknowledging that the courts have long recognized that the method someone uses to enter the country is a discretionary factor that the government can consider in deciding whether an immigrant should be granted relief.

Finally, the court substituted its own foreign policy judgment for that of the president by ruling that enforcing these provisions of federal immigration law was “unreasonable” in light of our treaty obligations under the 1951 U.N. Convention Relating to Status of Refugees and the 1967 U.N. protocols Relating to the Status of Refugees.

In fact, the court seems to be substituting its foreign policy judgment not just for that of the president, but also for Congress. That’s because the president in this case is acting not only under his constitutional authority to conduct foreign policy and secure our border, but under the specific authority delegated to him by Congress to determine which immigrants will be allowed into the United States.

There is no doubt that the Trump administration will appeal the court’s unwise decision. The White House issued a news release saying that if this “hugely successful” policy is stopped, it will “flood the Nation’s immigration system, present unchecked coronavirus entry risk, deeply damage our positive relationship with the Government of Mexico and other regional partners, and reignite the humanitarian and security crisis at the border.”

News releases are often filled with hyperbole. But in this case, that is an accurate assessment of what will happen if this latest nationwide injunction is not lifted.