The Biden administration has abandoned the security of Americans by refusing to secure our border. They also abandoned Americans abroad, in Taliban-occupied Afghanistan.

Now it continues its assault on the American people by abandoning the Constitution of the United States.

This month’s COVID-19 vaccine mandates from President Biden were among the most egregious violations of state sovereignty this nation has ever witnessed. In one fell swoop, Biden and his bureaucrats essentially nationalized the entire health care system and private workforce while purporting to battle COVID-19.

ED ROLLINS: WHY 2022 MIDTERMS COULD BE A CATASTROPHE FOR BIDEN

Biden’s actions include vaccine mandates for all federal employees and federal contractors, private businesses with more than 100 employees, and health care providers receiving federal dollars – but make no mistake, this is just the beginning

If left unchecked, these unlawful and intolerable mandates would essentially override the Ninth and Tenth Amendments to our Constitution, and eviscerate the most basic health care freedoms of millions of Americans.

No state should tolerate these actions, and Arizona has again led the way in fighting back against this tyranny from the federal government.

President Biden claims that these actions were taken to promote public safety, but Americans are now seeing through that. These actions, along with many others the Biden administration has taken over the past eight months, are all aimed at centralizing power in Washington D.C. It is clear this scheme is an attempt to subjugate millions of Americans who have up until now, refused to bow to the Washington bureaucratic elite.

As my office points out in our first-in-the-nation lawsuit, the Biden administration’s unlawful actions to mandate vaccines are but one piece of a greater series of constitutionally dubious actions: one of the greatest infringements upon individual liberties, federalism and the separation of powers that’s ever been attempted by any administration in the history of our Republic.

Under our Constitution, the president is not a king who can exercise this sort of unbridled power unilaterally. And even George III wouldn’t have dreamed that he could enact such sweeping policies by royal decree alone, but that’s exactly what we are seeing with Joe Biden.

What makes these actions even more dangerous is that the Biden-led executive branch remains unchecked by the Pelosi-Schumer-led legislative branch. The Progressive Left within the U.S. Congress has stood by and cheered every one of the Biden administration’s vicious attempts to circumvent the Constitution and undermine the rule of law, and diminish state sovereignty.

It is now left to the states to defend our citizens against the rampant and increasing abuses we are seeing from the federal government.

Additionally, Congress has introduced its own schemes to centralize power within the federal government and undermine state sovereignty and individual liberties, often under the guise of protecting certain minorities and other populations at risk.

So, it is now left to the states to defend our citizens against the rampant and increasing abuses we are seeing from the federal government.

What everyone must understand by now is that the Biden administration will not be appeased--it will only become more brazen in wreaking havoc on our way of life as Americans. They claim to know what is best for everyone.

They insist that you will be assimilated; disagreement and dissent will be canceled. It is outrageous, illegal and un-American. That is what we are dealing with though. We must also realize that we are only eight months into a four-year term, so we cannot be saved by the bell. 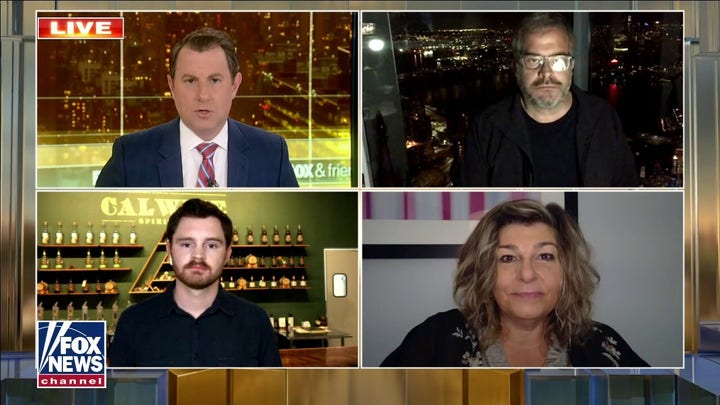 State attorneys general, like myself, have been leading the charge against federal overreach. We warmed up by suing the Obama administration, when the former president boasted that he could basically do anything he wanted to with a pen and a phone. Nevertheless, the Biden administration is far more dangerous to Americans because it is operating with considerably less brain power, ethics and political counterweights than any other administration we’ve seen in our nation’s history.

Our Founders created the states to be the laboratories of democracy. According to the 10th Amendment, "the powers not delegated to the United States by the Constitution, nor prohibited by it to the States, are reserved to the States respectively, or to the people."

Our Founders inherently understood that there would come a time when the states needed to push back against gross federal overreach to defend the rights of their citizens. That time is now.

America was provided with 50 possible checks against any federal government that would attempt to overturn states’ sovereignty. And the attorneys generals of this country, those of us who love and respect the freedoms that our Creator has endowed to each of us, will stand as the first and last line of defense to help preserve the balance of power in our government, and the rights of the people.

None of us can be asleep at the switch. There is just too much at stake.