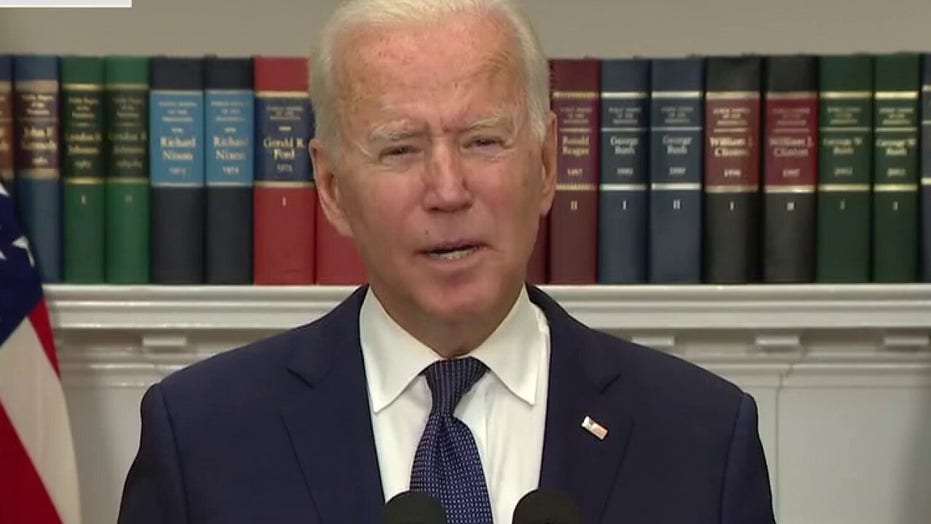 Lisa Boothe: Biden presides over the biggest foreign policy blunder in our lifetime

Can the 81 million people who voted for President Joe Biden be happy with what they are seeing as Kabul unravels?

On Sunday, Biden told the nation he’s "made a lot of progress" with Afghanistan and "history is going to record this was the logical and rational decision to make."

Excuse me while I go outside and scream.

You won’t believe Biden’s comments on the Taliban. Instead of delivering a strong warning, Biden said, "the Taliban will need economic assistance" and foreign aid because "they are seeking legitimacy." And by the way, the Taliban are "a ragtag outfit" who "don’t control all their forces." Oh great.

Biden did deliver a few tactical details. U.S. forces have extended the security perimeter around the Kabul airport. The Taliban "cooperated." But, as Biden acknowledged, the "security environment is changing rapidly." He’s talking with the Taliban about extending operations after Aug. 31 but hopes he won’t have to.

It’s very disturbing how Biden shrugs off the anger and shame of our allies and the 800,000 American forces who fought in Afghanistan over the years.

Biden sure has his own take on the crisis.

On Sunday, Biden tried to get America to focus on the heroic airlift while insisting his Afghanistan policy will turn out to be right. He once again painted a false choice between escalating the war and just getting out.

VICTOR DAVIS HANSON: IF BIDEN WERE A REPUBLICAN, DEMS IN CONGRESS WOULD HAVE IMPEACHED HIM. THEY SHOULD

According to him, the withdrawal would have been just as bad if it had started a month earlier or later. He praised the evacuation of 11,000 individuals in a 30-hour period over the weekend and thanked the nations that agreed to host transit sites. I agree with him there – the U.S. Air Force running this airlift is fantastic and no other air force in the world could pull it off. However, he had no explanation for why he waited a week to activate the Civil Reserve Airlift Fleet to help out. His White House makes fresh mistakes daily. 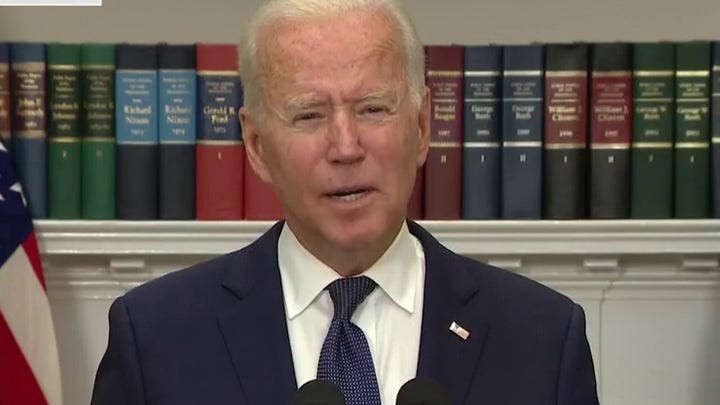 It’s very disturbing how Biden shrugs off the anger and shame of our allies and the 800,000 American forces who fought in Afghanistan over the years.

Biden is so clueless that he thinks he’s putting America in a better position. He said Moscow and Beijing are impressed that the U.S. is no longer bogged down in Afghanistan. Actually, Russia and China are gloating at the U.S. failure.

As Biden acknowledged, the airport throng is now a tempting target for terror attacks by an outfit called ISIS-Khorasan. ISIS-K is the Afghanistan branch of ISIS and they have sleeper cells in Kabul and a yen to start external operations, U.S. and U.N. officials told Voice of America in February.

Biden is a terrible commander in chief. He doesn’t have an ounce of strategic agility.  Yet again, Biden came off as arrogant, not humble. His earnest words about the "heartbreaking" evacuation scenes clashed with the simmering tension and defensiveness he displayed as he answered press questions.

Most chilling of all was Biden’s insistence that "when this is over the American people will have a clear understanding of what I did. I’m convinced I’m correct."

Make no mistake. Afghanistan was a problem for years, but it was Biden’s disastrous string of decisions since July that caused the fall of Kabul and took a huge chunk of America’s reputation along with it.