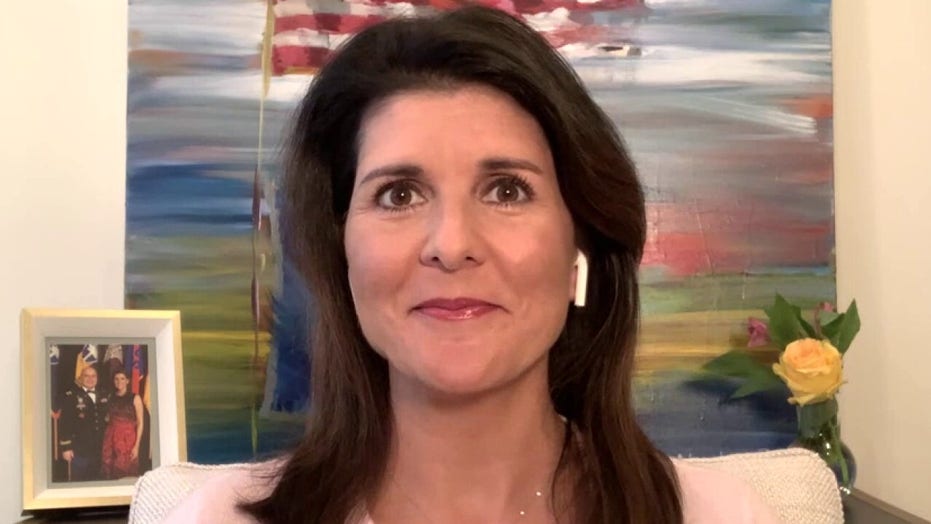 Former U.N. Ambassador Nikki Haley has this advice for President Biden regarding potentially rejoining the U.N. Human Rights Council: 'Don't do it.'

President Joe Biden has made his intentions to return to the failed foreign policies of the past very clear. This includes the Biden administration’s intent for the United States to "re-engage immediately and robustly" with the United Nations Human Rights Council (UNHRC) without receiving any commitments for much needed institutional reforms.

The U.N. General Assembly created the UNHRC in 2006 to strengthen the promotion and protection of human rights globally and address the most pressing human rights crises. Since then, the very essence of the UNHRC has been corrupt, with some of the world’s worst human rights violators as sitting members, including China, Russia, Venezuela and Cuba.

Both of our families know firsthand the human cost associated with repressive regimes. Our families had their beloved homeland taken over by brutal communists, and their experiences shaped our lives and gave us a special appreciation for the freedoms and values we have as Americans. It also gave us the understanding that America has to stand in support of human rights across the globe.

HUGH DUGAN: BIDEN AND UNITED NATIONS – HERE'S HOW HE CAN USE SECRETARY-GENERAL SELECTION TO INSPIRE CHANGE

More than 60 years later, the basic rights of the Cuban people remain nonexistent. Shamefully, Cuba is a current member of the UNHCR, where they are given a platform to speak on human rights. This is an absolute slap in the face to the Cuban people.

Similarly disturbing is Venezuela’s current membership on the council. Venezuelan dictator Nicolás Maduro made an address at the opening of the council’s 46th regular session this year.

This is an insult to the millions of Venezuelans who are suffering, including the approximately five million refugees and migrants who have been forced to flee due to the humanitarian catastrophe brought on by Maduro’s corrupt narco-regime.

In a matter of years, Maduro transformed Venezuela from one of the wealthiest countries in South America into an economic catastrophe, where Venezuelans cannot access basic essentials. The illegitimate regime has killed and tortured dissidents, independent reporters, university students and civilians. This is the same regime that was found to have committed crimes against humanity by the U.N. Independent Fact-Finding Mission on Venezuela.

Current members on the council also include Russia, where Vladimir Putin and his cronies target dissidents, invade neighboring countries, and are working to stamp out independent media from the country.

And the most egregious of all might be a sitting member that is actively committing genocide. One of UNHRC’s longest-serving members, China, under the control of the Chinese Communist Party (CCP), is currently waging a brutal campaign of crimes against humanity and genocide against Uyghur Muslims. Their crimes include forced abortions and sterilization, forced labor, and detaining over one million Uyghurs and other Muslims in camps.

The Council has also made no effort to mask its contempt for the Jewish state of Israel. The obsession and hostility toward Israel has led to a permanent agenda item – number 7 – focused on condemning Israel. No other country is subject to such perpetual harassment. Israel is the sole democracy in the Middle East that respects human rights and the rule of law. Yet, over half of UNHCR resolutions target Israel.

Oppressed peoples around the world are watching in the hopes that America will stand with them and against their oppressors.

The Human Rights Council is a broken institution. Any country that egregiously violates the basic rights of its citizens should not have a role on an international body tasked with ending human rights abuses. It is a mockery to human rights everywhere and the United States should not participate unless real reforms are met.

America’s presence on the council, alongside these nations, only legitimizes the hypocritical abuses that have plagued this body for years. For the sake of those suffering under repressive regimes, President Biden must make the right choice and stand for human rights.

The Biden administration should not follow in the footsteps of the Obama administration and so-called experts who prioritized meaningless "engagement" over impact.

Biden proudly proclaimed "America is back," but America should not go "back" to international organizations that undermine our interests and human rights globally.

The bottom line is this: returning to the UNHRC would require a dramatic overhaul of this corrupt body to implement its founding mission. Oppressed peoples around the world are watching in the hopes that America will stand with them and against their oppressors.

Do what is right, Mr. President.