He then promised, "That’s not going to happen on my watch."

It’s laudable that, after decades of downplaying the threat posed by the Chinese Communist Party (CCP), Biden is finally recognizing the extent of Beijing’s ambitions. Or it would be, if he weren’t about to unleash a green energy plan poised to hand the CCP a massive gift.

DAVID BOSSIE: DEMOCRATS' CHINA SYNDROME – THIS IS WHY THEY'RE TOUGH ON GEORGIA, SOFT ON COMMUNISTS IN BEIJING

At the center of Biden’s climate plan is a call to shift vast swathes of our energy infrastructure over to what Biden calls "clean energy." This means buying millions of solar panels, electric vehicle charging stations, and other expensive green infrastructure – all industries where China dominates production.

In other words, where will the new solar array that the Biden administration wants installed on your home’s roof be coming from? China. Whose industrial base will profit as a result? China’s. And whose dominant position in manufacturing are we ensuring? The Chinese Communist Party’s.

China dominates the renewable energy industry because it’s been investing in it for years through massive government subsidies. If the U.S. is going to spend hundreds of billions of dollars on renewable energy, it should not go to rewarding the CCP and allowing a genocidal regime to profit from its abuses.

Instead, U.S. policy should focus on how to build up domestic production to create good jobs here in America. The Biden plan gives a paltry nod to this through a handful of references to Buy America provisions, but they’re a far cry from what is needed to develop our own industry.

Any serious plan would do two things.

First, make clear that none of the money in the bill can go to China. Period. This "don’t buy Chinese" provision would hurt Beijing’s industrial base and provide tremendous incentive for U.S. manufacturers and other nations to fill the gap.

Second, the bill should increase domestic content requirements and apply Buy America requirements to all new spending to spur massive domestic investment here at home. The Biden plan falsely ties propping up the CCP to responsible environmental stewardship, but this could not be further from the truth.

The alternative is a future that is Beijing’s to control. After a brief year of U.S. energy independence in 2019 – the first since the 1950s, thanks in great part to the shale revolution and clean natural gas – the Biden plan would make America even more reliant on foreign competitors.

This is pro-China legislation that will build up the CCP at the expense of American jobs.

And if you thought the days of OPEC and oil embargoes were bad, imagine what depending on Beijing, whose entire goal is to supplant American political, cultural and military leadership, will mean for American families and our future as a nation. We got a small taste of that when China threatened to cut off the export of masks and other protective equipment during the peak of the COVID-19 pandemic.

And consider the horrifying industry practices the Biden plan would encourage and reward. For example, over the last several years, the CCP has made an aggressive play to dominate integral components of solar panels like polysilicon, to the extent that half of all global production now takes place in Xinjiang. 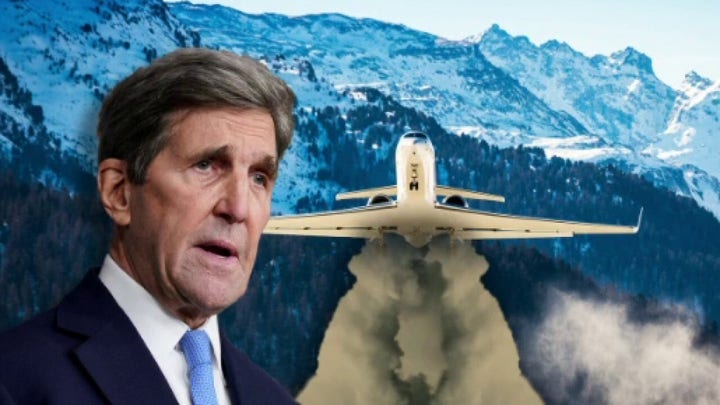 If we follow the Biden plan and massively increase American solar panel purchases from China, U.S. taxpayer dollars risk being used to buy Chinese products made with forced labor from Uyghurs and other enslaved Turkic Muslims in Xinjiang. The concern is so great that, last month, Sen. Jeff Merkley, D-Ore., and I sent a letter to the Solar Energy Industries Association to inquire about the integrity of the U.S. solar supply chain. Clean energy isn’t so clean when its production is tainted with the blood of forced labor.

For someone so hyperbolic in his comparison of ongoing American policies to historical evils like Jim Crow, Biden seems inexplicably pleased with allowing America’s clean energy revolution to be built on the backs of actual slaves.

Don’t let Biden fool you. His administration’s plan isn’t an infrastructure bill or even a green energy bill. It’s pro-China legislation that will build up the CCP at the expense of American jobs. After a brief period of energy independence, it will mean trading one dependency, OPEC, for another  but this time a far more dangerous rival.

If Biden is serious about cutting down the Chinese government and communist party’s ambitions to become the richest, most powerful country in the world, then he needs to wake up to the unintended – but devastating – consequences of this plan.