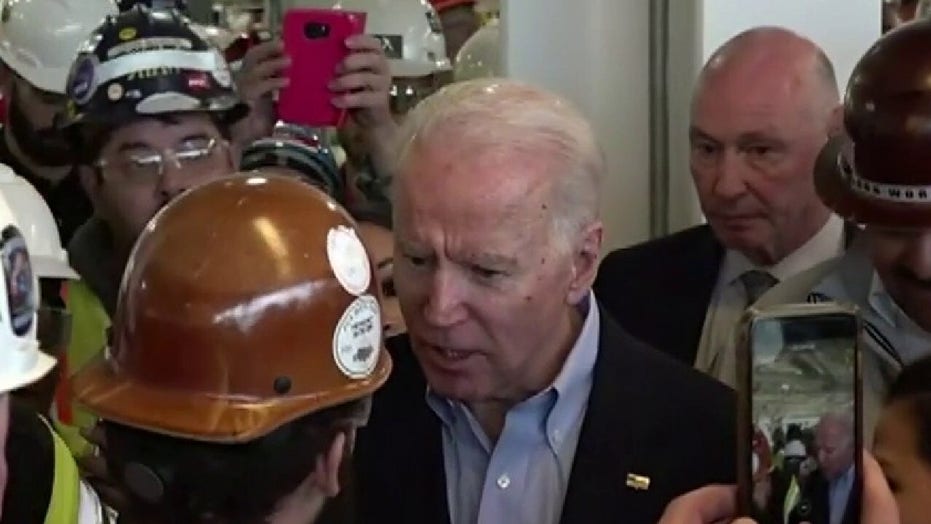 The left's reaction to Democratic presidential candidate Joe Biden's rude exchange with a union worker in Michigan is a case study on liberal hypocrisy and propaganda.

You'd have to be living in a cave not to recognize that something is way off with Biden. He's always been strange, but he's getting noticeably worse. His rhetorical recklessness is a feature, not a bug.

He has a history of gaffes, especially for someone so prominent. Casual ethnic slurs roll off his tongue like water off a donkey's back. Pandering to an Indian American supporter, he said: "You cannot go to a 7-11 or a Dunkin' Donuts unless you have a slight Indian accent. I'm not joking." Or how about this tribute to the poor? "We have this notion that somehow if you're poor, you cannot do it," he said. "Poor kids are just as bright and just as talented as white kids."

KARL ROVE: CORONAVIRUS CRISIS A MAJOR TEST FOR AMERICA – SO WHY ARE BIDEN, DSCC RAISING MONEY OFF IT?

How long would a Republican politician last saying those things? Biden always gets a pass because he's a Democrat.

Just when he needs to be most careful, Biden is tripping all over himself, with blunders, aggression and hostility. When challenged, he shows no kindness or patience. He attacks and escalates.

Understanding liberal media bias, we aren't surprised that the media whitewash these incidents. But their hypocrisy is particularly glaring, given their routine condemnation of President Donald Trump for much less.

Trump haters' indifference to Biden's incompetence, gaffes and rudeness exposes their dishonesty and their Trump Derangement Syndrome. Some who denounced Trump supporters for overlooking Trump's faults find the same characteristics charming in Biden.

They say Trump is uncouth, vulgar, combative, rude and insane. Never mind his policy successes; he's a dangerous boor, a walking impeachment machine. He has to be removed before he ushers in Armageddon.

GOP never-Trumpers are so mortified at the horrors of Trump in office that they're supporting liberal Democrats. But what about Biden, whom many now support? No problem.

Trump supporters admire Trump for standing up to Democrats and the media -- unlike his Republican predecessors and unlike most of the pre-Trump GOP. But Trump haters ridiculed Trump supporters as being interested only in "owning the libs" and not Trump's policies. This was insultingly absurd and illustrated the cluelessness of never-Trumpers about Trump supporters.

Trump haters' indifference to Biden's incompetence, gaffes and rudeness exposes their dishonesty and their Trump Derangement Syndrome. Some who denounced Trump supporters for overlooking Trump's faults find the same characteristics charming in Biden. 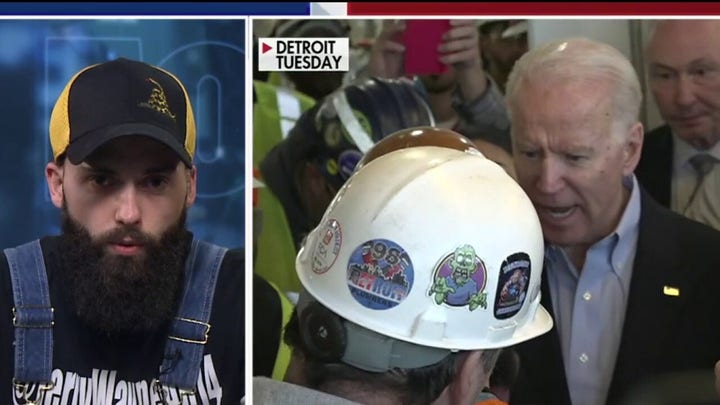 Their reaction to a viral video of Biden's confrontation with a Detroit autoworker is instructive. The worker accused Biden of "actively trying to end our Second Amendment right and take away our guns," and Biden responded, "You're full of s---."

When the worker pointed out Biden's ties to former Rep. Beto O'Rourke, who has bragged that he would come for Americans' guns, Biden angrily denied it. He repeatedly pointed his fingers at the worker, who mimicked Biden's hand gestures and said, "This is not OK."

The media didn't call Biden on his lies or say he is unstable. They didn't condemn his rudeness but found him charming. Some doctored the video to cut Biden's threatening remarks.

CNN's John King said, "Some people see that as charming that a candidate is willing to air it out face to face with a guy on the floor." So King is OK with Biden attacking a voter but draws the line with Trump calling out media hacks?

"I think when you listen to Joe ... out on the campaign trail, you see something that resonates with voters," said Mike Barnicle on MSNBC. "It's humanity. It's empathy. It's stability and experience."

MSNBC's Joe Scarbrough said, "Biden yesterday showed the other side of his humanity, and that is he's a fighter." Yet these clowns ridicule us for appreciating Trump's willingness to fight back.

After Biden's second string of primary victories on "Super Tuesday 2," MSNBC commentators gushed over his "very soft tone of voice ... as if you're in the living room with him" and praised him for promising to restore "honor" to the presidency.

Fellow Hollywood comrade Debra Messing tweeted, "@JoeBiden will be our next President because of his decency and civility and his refusal to lower himself to your surrogates' & supporters level."

Sometimes it's more effective to let actions and words speak for themselves, so I'll refrain from further comment, trusting you're every bit as capable as I am of seeing the glaring hypocrisy and bias.