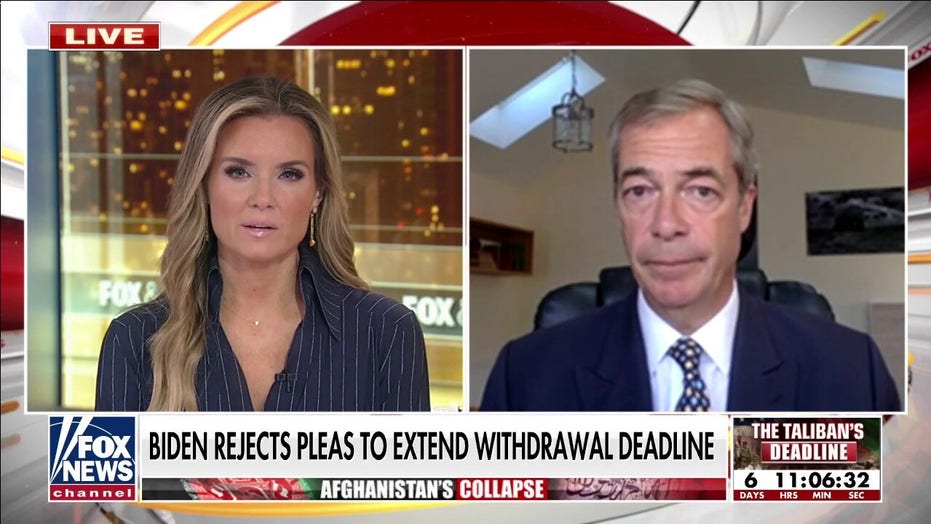 Former Brexit party leader slams the president's administration for the situation in Afghanistan and argues the U.K. is not willing to 'enter another operation' with the United States.

"So here is my message to those beyond our borders," President Joe Biden said in his January 20 inaugural address. "We will repair our alliances and engage with the world once again...We will be a strong and trusted partner for peace, progress, and security." Biden announced on February 4: "America is back. Diplomacy is back at the center of our foreign policy."

Despite such loud promises that he would make America’s alliances great again, Biden’s initially foolish, now fatal, Afghan catastrophe has atomized U.S. international ties as if with a MOAB bomb, not least among America’s best friends abroad.

Biden has blitzed the United States’ Special Relationship with the United Kingdom.

The U.S. and U.K. have been BFFs since soon after memories of the War of 1812 faded. America and Britain jointly defeated Kaiser Wilhelm II, Adolf Hitler, Josef Stalin’s heirs, and al Qaeda & Co. Uncle Sam has stood shoulder to shoulder with John Bull overseas and proudly advanced common ideals, with Anglophone good cheer.

Biden cracked all of this over his wobbly knee. 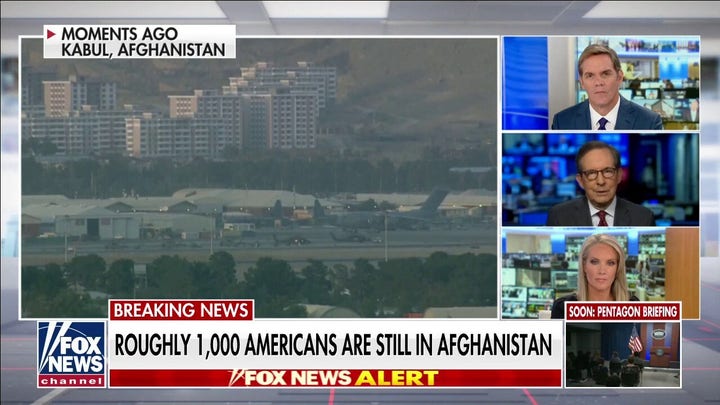 National Security Adviser Jake Sullivan revealed this about Biden on August 17, three days after Kabul imploded: "He has not yet spoken with any other world leaders."

Biden’s blackout included Prime Minister Johnson who repeatedly rang Biden and neither was called back nor patched through for a mind-blowing 36 hours. In fact, Biden took Johnson’s call about three hours after Sullivan’s embarrassing admission. Biden’s quickly publicized conversation with Johnson seemed less about Anglo-American relations and more about butt-covering.

Biden’s failure to communicate with the U.K. trickled down to the U.S. military. As Steve Swinford reported in London’s The Times newspaper, "Senior [British] military commanders have also not been party to key discussions between the U.S. and the Taliban, so were left in the dark about when they could be forced to pull out."

The bipartisan rage from across the waves aches the ears of Americans who love Great Britain as much as it must pain the mouths of Britons who love America. 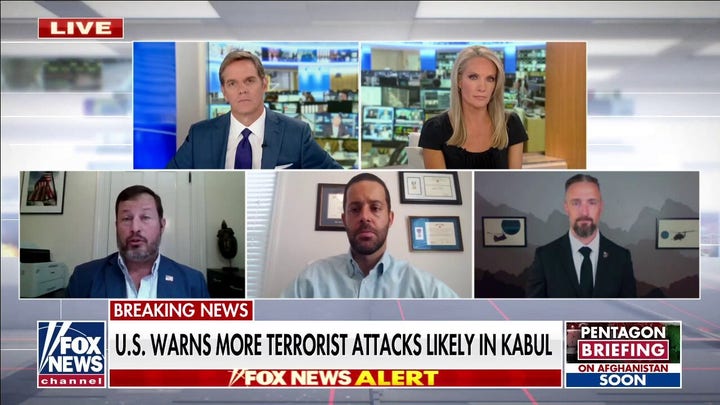 "The abandonment of Afghanistan and its people is tragic, dangerous, unnecessary, not in their interests and not in ours," former Labour British Prime Minister Tony Blair wrote in an August 21 statement. Biden’s calamitous mission is being conducted "in a manner that seems almost designed to parade our humiliation," Blair added.

He observed that "the decision to withdraw from Afghanistan in this way was driven not by grand strategy but by politics...We did it in obedience to an imbecilic political slogan about ending ‘the forever wars’...We did it with every jihadist group around the world cheering."

Another minister said: "The US had to be dragged kicking and screaming into the First World War. They turned up late for the Second World War, and now they are cutting and running in Afghanistan."

Lord Borwick of Hawkshead is a confirmed Americophile. The former Tory Party’s treasurer loves this nation, visits often, and enjoys the satisfaction of having paid US college tuition for two of his children.

Alas, the last 10 days shook his world of admiration for his country’s strongest old friend.

"I was sickened by the Biden quote that we could carry on in Afghanistan alone if we wanted," Borwick said from his office in the House of Lords. "As I remember, we have always been aware of the problems in Afghanistan, and we spent many years there in Queen Victoria’s reign, regretting our exploits. But we were persuaded by our American friends to join them, to give world-wide authenticity (and US domestic authenticity) to an invasion by America. That was followed by an expensive period of ‘nation building,’ when the truth is that we cannot build someone else’s nation. It’s been hard enough building our own."

"But to be told ‘Carry on regardless; we’re off’ is unfortunate," Borwick continued. "Sometimes you can do the right thing in such an inept way that it becomes wrong."

MICHAEL GOODWIN: BIDEN'S EXIT FROM AFGHANISTAN IS A SURRENDER AND A DEFEAT HE WANTS TO CALL SUCCESS

This rare, Biden-fueled Anglo-American tension even has infected U.S. and U.K. ground forces in Afghanistan.

"Allies were not told in advance of the accelerated pull out and were blind-sided when the Americans snuck out of Bagram airbase under cover of darkness," British journalist Tim Marshall of Reaction reported Sunday.

Later, according to Marshall, "a blazing row" erupted between a senior officer with the UK’s 2nd Battalion of the Parachute Regiment and a top commander with the US 82nd Airborne Division. 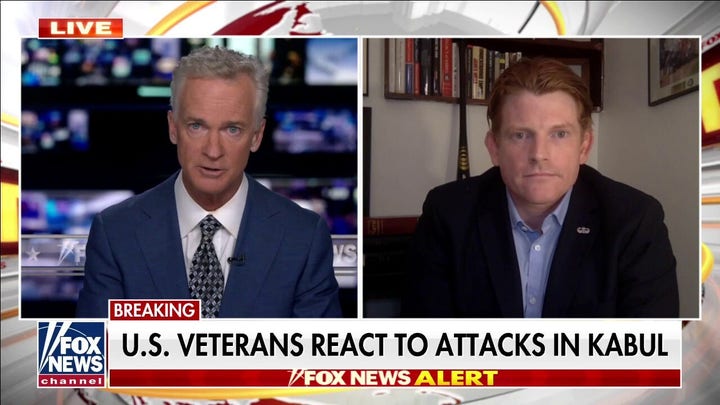 "Maj. Gen. Christopher Donahue from the 82nd Airborne ordered the British officer to cease operations outside of the airport perimeter fence because it was embarrassing the American military and angering the Taliban," Marshall reported. "The conversation allegedly ended when the Maj. General was called a ‘bastard’ by a British Major, and the senior British officer told the American to ‘f*** off!’"

Seven months down, 41 months to go.