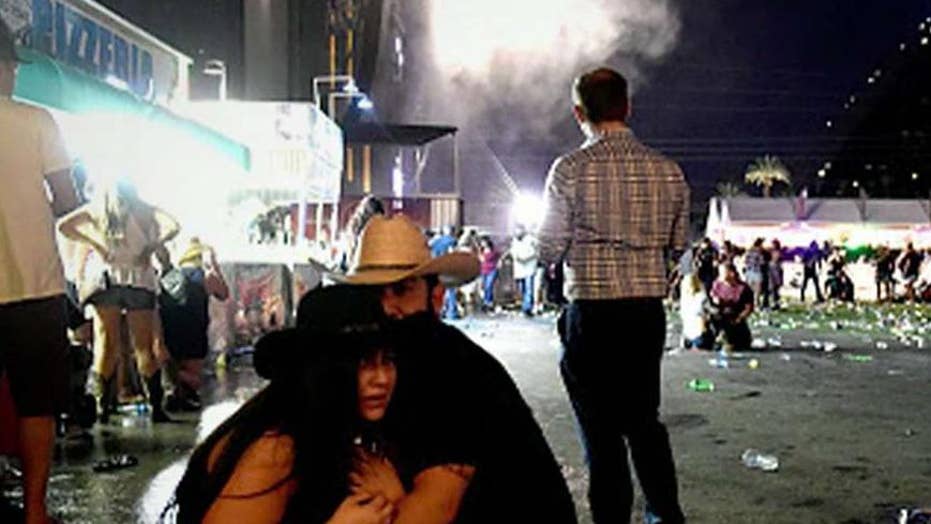 Brenton Wingard says there was chaos everywhere as concertgoers ran for cover.

Sunday night, a deranged lone gunman fired hundreds of rounds from automatic long guns from his hotel window into an enormous crowd attending a country music concert on the Las Vegas strip.

Before the Las Vegas first responders even arrived, off duty police officers and emergency medical services personnel attending the concert went into action, assisting the injured and creating a triage area in a safe zone.

Then running toward the gunfire, the Las Vegas Metro Police entered the hotel, located the room that the shooter occupied and made entry, just as the gunman took his own life.

In the end, this was the worst mass shooting massacre in our country’s history with more than 50 dead and hundreds injured. It was an event that has rightfully horrified and in many ways unified America. And, in the days to come, as the injured and the families of those lost try to deal with this tragedy and answer the questions as to why, they will need as much help and assistance that they can get.

The one thing that they do not need are political leaders who will use this shooting to further their own political agenda, or to do nothing other than stir the political pot, to create chaos in their opposing political parties. This is not the time!

The investigation has barely begun, the numbers of dead and injured haven’t yet been finalized, and many of the families of those lost haven’t even been notified – but former Secretary of State Hillary Clinton, first thing this morning, began ranting about gun control, as did a few others.

For once… can we not turn an American tragedy such as this, into a political issue, while there is still blood on the ground? Can our political leadership have more concern for the grieving families of the dead than they do their own political careers? And can they hold their tongue just for once, so as not to create chaos and divisiveness among Americans who would otherwise be united behind the families of those lost, who deserve it most.

Just for once… have some class.

As New York City’s 40th police commissioner, Bernard Kerik was in command of the NYPD on Sept. 11, 2001, and responsible for the city’s response, rescue, recovery, and the investigative efforts of the most substantial terror attack in world history. His 35-year career has been recognized in more than 100 awards for meritorious and heroic service, including a presidential commendation for heroism by President Ronald Reagan and two Distinguished Service Awards from the U.S. Department of Homeland Security.