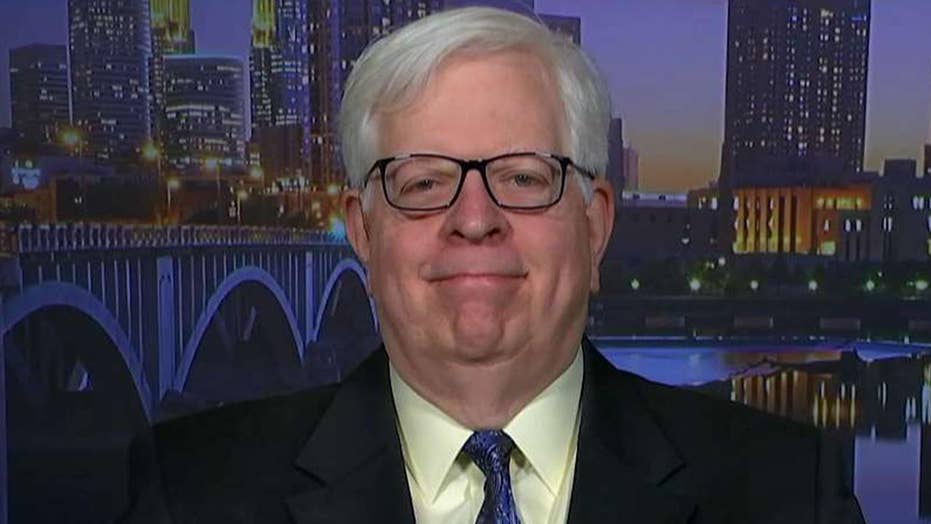 "Free speech is killing us," headlined a New York Times op-ed. Its author, New Yorker staff writer Andrew Marantz, argued that “hate speech” leads to violence. Worse, he claims it can cause totalitarianism and even genocide.

To avoid this fate, Marantz says we must rethink the First Amendment, which would include government and private companies striving to limit “hate speech.” He agrees with a former American Civil Liberties Union official that one day in the not-so-distant future, legal “protection of hate speech” will “seem ridiculous in retrospect.”

BOZELL AND GRAHAM: LIBERALS AND BANNED BOOKS -- WHAT'S 'HATE SPEECH' AND WHO DECIDES?

Even Human Rights Watch admits that “a careful review of the experience of many other countries … has made clear that there is little connection in practice between draconian hate speech laws and the lessoning of ethnic and racial violence or tension.”

By asserting that hate speech leads to mass violence, the left hopes to persuade Americans to relinquish their right to free speech. To make that more palatable, they insist that freedom of speech is merely a “value,” instead of a right.

A value is something perishable: today we hold one value, but as the times change, we may hold another one. For instance, nearly all of America valued traditional marriage just 10 years ago, yet today many value same-sex marriage. Values are determined by public opinion — or, perhaps more precisely, by elites who inform, not to say manipulate, it.

Rights, to the contrary, are non-negotiable; they belong to each individual by nature; societies are created for their protection. Speech is an inalienable right because it is the expression of thought, and our minds belong to us by nature. Rights, in other words, should determine the horizon of public opinion, not the other way around.

But, Marantz tells us, freedom of speech is merely a value, and "like all values, it must be held in tension with others, such as equality, safety and robust democratic participation."

Note the other “values” identified here. This is no random wish list. It’s a short, cryptic summary of the genuine aims that many restriction advocates seek to achieve, of which “equality” is the key.

Equality once meant that all human beings have the same rights as all other citizens — like voting rights, property rights, or speech rights. Today, by contrast, many restriction advocates understand equality to mean psychological equality or equal self-respect.

Since the so-called dominant groups in American society already have enough self-respect or “white privilege,” the allegedly oppressed minority groups must be enabled to liberate themselves from oppression, find their identities, and assert their self-respect.

Censorship advocates believe that free speech inhibits their liberation, both preventing these identities from coming into being, and harming them once they do. This is what it means to equate speech with violence.

Society, in the censors’ view, must be devoted to preventing oppressed groups from feelings of contempt — even if such feelings arise from rational, fact-based criticism. Only celebration of these groups can guarantee full inclusion.

But this new speech paradigm is a one-way street: allegedly oppressed groups not only should be able to speak freely and critically about the dominant group; their liberation depends on such antagonistic speech.

As censorship advocate Mari Matsuda has written, “Expressions of hatred, revulsion, and anger directed against historically dominant-group members by subordinate-group members” should not be banned. In fact, “hate speech that comes from an experience of oppression” should be tolerated. Outlawing hate speech, in effect, creates more hate speech — just of the right kind.

Of course we should be civil with our fellow citizens. But taking away fundamental rights from a free people cannot be done without consequences.

Speech criminalization has not worked well in Europe: there, “hate speech” laws not only fail to achieve their explicit goals, but they have helped bring about the rule of petty, bureaucratic tyrants who chill speech, on the one hand, and have ushered in explosive, rebellious politics, on the other.

Why would the Times lend its pages to the cause of suppressing free speech? Perhaps it feels that in a nation where the dominant group rejects its progressive views on topics like immigration, criminality, and the health of the family, the Times would be in a better position to rule public discussions and set society’s tone.

Arthur Milikh is the associate director of The Heritage Foundation’s B. Kenneth Simon Center for Principles and Politics.