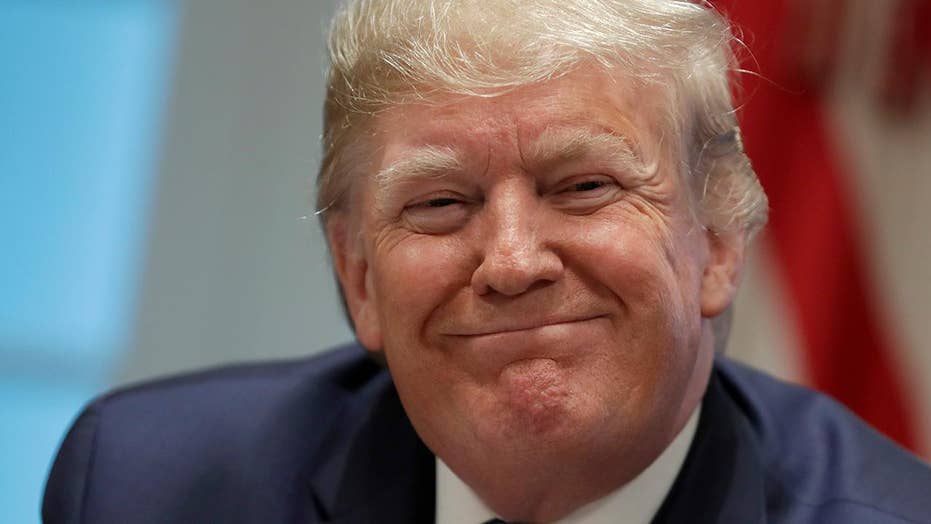 Democrat express concern Trump is poised to win again in 2020

Democratic Party leaders are unsure they have a candidate who can beat President Trump in 2020. Fidelity Investments’ 2020 New Year Financial Resolutions Study did little to assuage their concerns.

According to the study, 82 percent of Americans say they’re in a similar or better financial position this year than last while 78 percent believe they will be better off in 2020 than they were in 2019. Those are daunting numbers for Democrats.

Despite all the talk of a looming recession, Americans seem more convinced by what they are experiencing than by what the left is telling them. Only 23 percent included “the economy, stock market volatility, or interest rates” as top financial concerns for 2020. Their biggest financial concern (51 percent) was an “unexpected expense.”

It’s safe to say that Americans expect things to go pretty well next year. That makes the Democrats’ call for an immediate change in leadership a tough sell. When it comes to winning a presidential election, it’s hard to overcome a thriving economy, particularly one that is benefiting just about everyone.

BEN SHAPIRO: WILL DEMOCRATS ACCEPT THE RESULTS OF THE 2020 ELECTIONS -- EVEN IF TRUMP WINS?

Keep in mind that November was the 16th straight month that the Bureau of Labor Statistics reported 3 percent or better year over year wage growth.

People without a job have good reason for feeling optimistic about getting one. According to the Bureau of Labor Statistics’ recently released report on Job Openings and Labor Turnover, there were 7.3 million job openings in October. With only 5.9 million people unemployed, there were 1.4 million more job openings than people actively looking for work.

Job creation under President Trump is benefitting a broad cross-section of people including those who traditionally have had higher rates of unemployment. We are currently at or near historic lows in unemployment for blacks, Hispanics, Asian-Americans, women, people with only a high school education, veterans and people with disabilities.

Bottom line, if you want a job, there’s a job opening for you.

What about individuals who are retired so neither employed nor looking for work? Well, if they have a pension plan or have a 401K plan, their retirement benefits are likely tied to the stock market. Since President Trump’s election, the Dow is up over 50 percent while the S&P 500 is up nearly 50 percent. Retirement benefits are far more secure today than when Trump took office. Retirees tend to notice that kind of thing.

As you watch the Democratic debates, see if candidates explain how they will encourage entrepreneurs to invest in growing their businesses, as well as create jobs and the competition for employees that drive wage growth and opportunity for working Americans.

If past debates are any indication, they won’t. Rather, you will hear about massive government programs such as the Green New Deal, “Medicare-for-all,” free college and universal basic income — and the astronomical increases in government spending required to pay for them.

Where will that money come from? A few candidates will admit they want to raise taxes for everyone. That admission didn’t work so well for Walter Mondale, who lost in a landslide to Ronald Reagan in 1984. So, most will claim they only want to increase taxes on “the rich” — by which they mean the very businesses and individuals who are creating the jobs and paying the wages that have nearly 80 percent of Americans believing they will be better off in 2020 than they were in 2019.

So, forget about the Mueller report, FBI abuse and impeachment debacles. This election will be about who working-class Americans trust with their economic futures. Really, it’s not a tough choice.