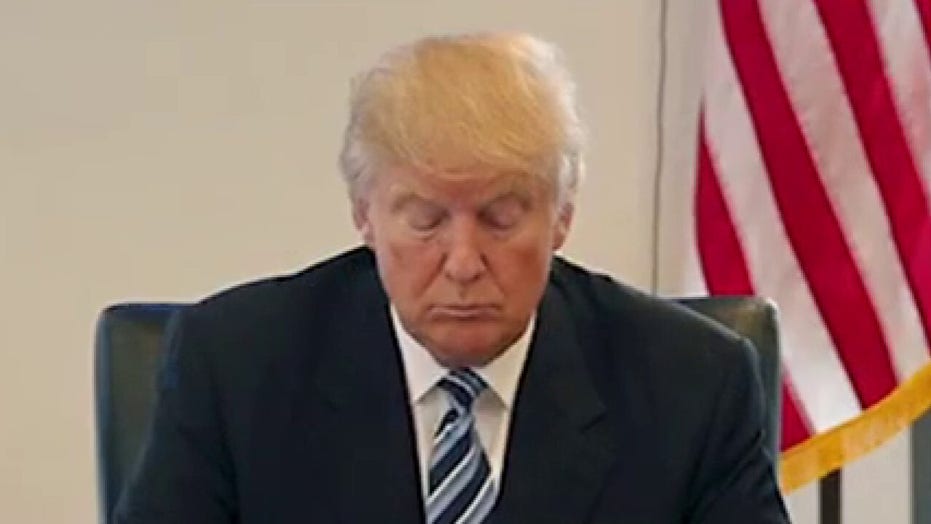 Freedom and the rule of law are fundamental cornerstones of our democracy. They are facing existential threats.

Liberal elites, aided by some media, continue to weaponize government in an effort to attack both people and ideas they disagree with – especially those connected to President Donald Trump.

Internal FBI documents that were recently unsealed reveal that retired Army Lt. Gen. Flynn was used as a pawn by Democrats, apparently with the sanctioning of then-Vice President Joe Biden, to ignite the Russia hoax and subsequent investigation. As a result of these new facts, Attorney General William Barr’s Department of Justice correctly moved to have Flynn’s case dismissed.

Handwritten notes from top FBI officials reveal their motivations going into their January 2017 interview with Flynn, "to get him to lie, so we can prosecute him or get him fired."

As any member of the legal community understands, you cannot investigate and prosecute someone based on facts or information that are not obtained in good faith. Certainly, members of the Obama administration in 2016 were aware of this longstanding legal doctrine when the decision was made to have the FBI conduct its interview with Flynn without a legitimate investigative basis and with the ultimate goal of trapping him in a lie.

It is even more appalling that former President Obama reacted to DOJ’s motion to dismiss Flynn’s case by telling former aides that “our basic understanding of the rule of law is at risk.” It is time for Obama to revisit his dictionary.  The “rule of law” restricts arbitrary exercises of power, which is exactly the opposite of the Russia hoax scheme that seems to have been cooked up by him, Biden and numerous other leading Democrats in power at the time who were “unmasked” this week.

America’s justice system was designed to protect citizens from becoming victims of a political weaponization of government or to be crucified by an unfriendly media before being granted due process.

The rule of law and due process should be revered. It is why my Republican attorneys general colleagues and I consider ourselves America’s “last line of defense,” meaning that we work every day to uphold the Constitution, defend the laws in each of our states, and hold perpetrators of massive abuses of power accountable.

America’s justice system was designed to protect citizens from becoming victims of a political weaponization of government or to be crucified by an unfriendly media before being granted due process.

As more facts come to light on Flynn’s case, it is becoming clear that if you are a conservative, liberals and their allies in the media shape the court of public opinion to find you guilty until proven innocent. When new facts show you are innocent, you might get a private apology. However, if you are a liberal, you are innocent until found guilty and a conviction might warrant only a footnote in paragraph 18 on page B12.

We deserve truthful investigative reporting about the role of both Democrat presidential candidate Joe Biden and former President Obama in the framing of Flynn and the Democrats’ futile attempts to take down the Trump presidency.