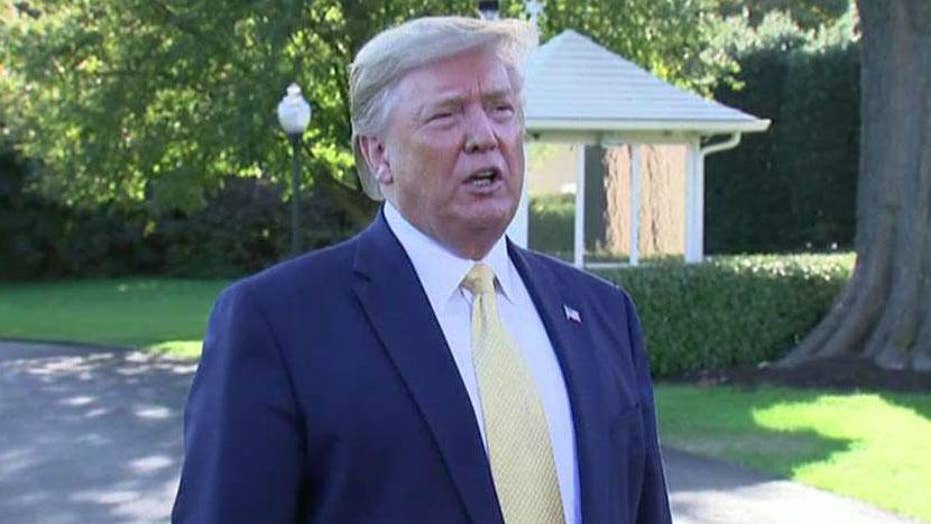 Jonathan Tamari from the Philadelphia Inquirer says that this growing support comes from people who already opposed President Trump.

What is impeachment for? Seems like a simple question. Constitutionally speaking, it also appears to have a simple answer: to cite and remove from power a president guilty of wrongdoing.

Aye, there’s the rub. What sort of wrongdoing warrants removal from power?

I’d wager that the flames of impeachment were stoked more this week by President Trump’s foreign policy than they have been by any purported impeachable offense his opponents have conjured up over the last three years.

By redeploying a few dozen American troops in Syria, the president acceded to a Turkish invasion of territory occupied by the Kurds. Ostensibly, that has nothing to do with the impeachment frenzy over Ukraine, whose government Democrats accuse the president of pressuring to dig up dirt on a political rival. But Turkey’s aggression could crack the president’s impeachment firewall.

There is rage over Trump’s decision. It is rage over a policy choice, not over high crimes and misdemeanors. Only the most blindly angry can doubt the lawfulness of the commander-in-chief’s movement of U.S. soldiers, even though it rendered inevitable the Turks’ rout of the Kurds.

Ironically, though, the lack of an impeachable offense is not the relevant impeachment consideration. Nor does it matter much that, while excruciating, the president’s decision is defensible and will be applauded by Americans weary of entanglement in the Muslim Middle East’s wars (as I discussed in a column on Thursday).

What matters is that President Trump has damaged his support among Senate Republicans. How badly remains to be seen.