Sen. Josh Hawley, R-Mo., on the left-wing pushback to his new book, 'The Tyranny of Big Tech.'

Was it not that Russians finally tired of the Kremlin’s lies and hypocrisies that permeated every facet of their falsified lives?

Here are 10 symptoms of Sovietism. Ask yourself whether we are headed down this same road to perdition.

VICTOR DAVIS HANSON: THERE'S NOTHING STRANGER IN AMERICA NOW THAN THE CONTEMPORARY UNIVERSITY

There was no escape from ideological indoctrination – anywhere.

A job in the bureaucracy or a military assignment hinged not so much on merit, expertise or past achievement. What mattered was loud enthusiasm for the Soviet system.

Wokeness is becoming our new Soviet-like state religion. Careerists assert that America was always and still is a systemically racist country, without ever producing proof or a sustained argument.

The Soviets fused their press with the government.

Pravda, or "Truth," was the official megaphone of state-sanctioned lies. Journalists simply regurgitated the talking points of their Communist Party partners.

In 2017, a Harvard study found that over 90% of the major TV news networks’ coverage of the Trump administration’s first 100 days was negative.

The Soviet surveillance state enlisted apparatchiks and lackeys to ferret out ideological dissidents.

Recently, we learned that the Department of Defense is reviewing its rosters to spot extremist sentiments. The U.S.  Postal Service recently admitted it uses tracking programs to monitor the social media postings of Americans.

CNN recently alleged that the Biden administration’s Department of Homeland Security is considering partnering with private surveillance firms to get around government prohibitions on scrutinizing Americans’ online activity.

The Soviet educational system sought not to enlighten but to indoctrinate young minds in proper government-approved thought.

Currently, cash-strapped universities nationwide are hiring thousands of diversity, equity and inclusion staffers and administrators. Their chief task is to scan the admissions, hiring, curriculum and administration at universities. Like good commissars, our diversity czars oversee compliance with the official narrative that a flawed America must confess, apologize for and renounce its evil foundations.

In America, where and for what reason you riot determines whether you face any legal consequences.

The Soviet Union was run by a pampered elite, exempt from the ramifications of their own radical ideologies.

What unites current woke activists such as Oprah Winfrey, LeBron James, Mark Zuckerberg and the Obamas are their huge estates and their multimillion-dollar wealth. Just as the select few of the old Soviet nomenklatura had their Black Sea dachas, America’s loudest top-down revolutionaries prefer living in Martha’s Vineyard, Beverly Hills, Montecito and Malibu.

The Soviets mastered Trotskyization, or the rewriting and airbrushing away of history to fabricate present reality.

Are Americans any different when they indulge in a frenzy of name-changing, statue-toppling, monument-defacing, book-banning and cancel-culturing? 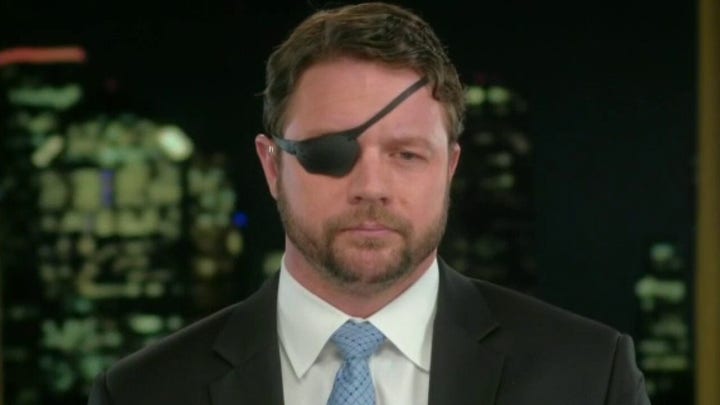 The Soviets created a climate of fear and rewarded stool pigeons for rooting out all potential enemies of the people.

Since when did Americans encourage co-workers to turn in others for an ill-considered word in a private conversation? Why do thousands now scour the internet to find any past incorrect expression of a rival? Why are there now new thought criminals supposedly guilty of climate racism, immigration racism or vaccination racism?

Soviet prosecutors and courts were weaponized according to ideology.

In America, where and for what reason you riot determines whether you face any legal consequences. Politically correct sanctuary cities defy the law with impunity. Jury members are terrified of being doxxed and hunted down for an incorrect verdict. The CIA and FBI are becoming as ideological as the old KGB.

The Soviets doled out prizes on the basis of correct Soviet thought.

In modern America, the Pulitzer Prizes and the Emmys, Grammys, Tonys and Oscars don’t necessarily reflect the year’s best work, but often the most politically correct work from the most woke.

The Soviets offered no apologies for extinguishing freedom.

Instead, they boasted that they were advocates for equity, champions of the underclass, enemies of privilege — and therefore could terminate anyone or anything they pleased.

So if they destroy people in the name of equity, their nihilism is justified.