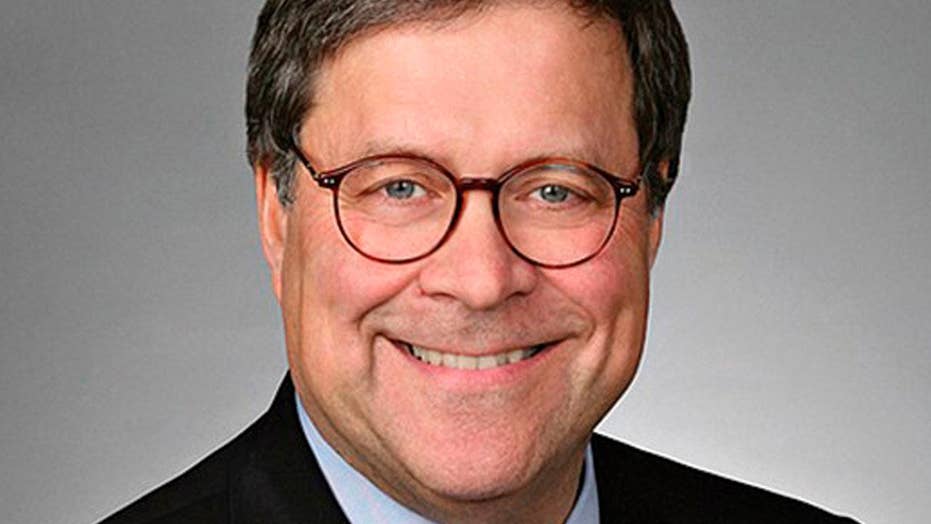 Should William Barr recuse himself from Russia probe?

President Trump’s announcement Friday that he will nominate former Attorney General William Barr to serve once again in the post is a wise move. Bill Barr is one of America’s great lawyers and public servants and is a superb choice.

Barr deserves quick Senate confirmation. And if Democratic senators are willing to put partisan considerations aside and judge him fairly, they should join Republicans in supporting a man with outstanding qualifications to lead the Justice Department.

Both of us have known Barr for 25 years and have worked with him in the past. He is a man whose career in the law demonstrates professionalism, keen judgment and fealty to the Justice Department’s core mission of equal enforcement of the law without regard to any political considerations.

Barr set the gold standard for the job when he served as attorney general from 1991 to 1993 during the administration of President George H.W. Bush. Earlier in the Bush administration he led the Office of Legal Counsel and then was promoted to deputy attorney general. Before that he worked for the CIA and in the White House for President Reagan. He has also worked as corporate lawyer and a lawyer in private practice.

Barr’s bona fides as a lawyer’s lawyer are beyond reproach. He has argued cases before the U.S. Supreme Court and handled many challenging and complex cases with great skill and professionalism.

Those of us who have served in the Justice Department mourn its disgraceful descent into partisan politics under Obama administration Attorneys General Eric Holder and Loretta Lynch. It’s a sure thing that this would not happen under Bill Barr’s watch.

President Trump’s nomination of Barr as attorney general signals a return to the Justice Department’s core mission of rule of law for all Americans.

We admire and respect Barr’s intellect, dry wit and legal skills. His tenure as attorney general in the Bush administration was a model that Democrats, as well as Republicans, would be wise to follow.

Barr knows the Justice Department inside and out. He will be able to take control of what has become a hopelessly compromised institution.

In an outrageous episode in July 2016, FBI Director James Comey usurped the functions of the attorney general when he illegally, unethically and unprofessionally cleared Hillary Clinton of all crimes involving her handling of government emails on her private computer server when she was secretary of state.

Barr would have fired Comey that day. Instead, Comey managed to hang onto his job until President Trump fired him in May 2017.

Barr knows that a major responsibility of our next attorney general will be to restore credibility to the Justice Department after its horrifically unprofessional performance in the Clinton email scandal. At that time, prosecution guidelines were ignored, immunity was granted pell-mell to Clinton aides who had made false statements, and brazen political favors were granted to private lawyers friendly to Obama administration Justice Department officials.

The nominee for attorney general understands that politically corrupt decision-making must be replaced with a strong sense of duty to the historic role of the Justice Department: blind justice.  He is a classic hands-on manager, which is exactly what the department needs if it is to cleanse its tarnished reputation.

Barr’s steady hand at the wheel will do wonders for morale at the Justice Department and the accountability of those who violated the rules by weaponizing our intelligence-gathering tools.

America needs a person of Bill Barr’s stature and abilities to take the reins at the badly damaged Justice Department. The tumultuous periods under President Obama, and then under Attorney General Jeff Sessions and Deputy Attorney General Rod Rosenstein, cry out for restoration and healing. Barr is perfect for that job.

Victoria Toensing is a former chief counsel for the Senate Select Committee on Intelligence and former deputy assistant attorney general at the U.S. Department of Justice, where among other assignments she created the anti-terrorism section. She is a founding partner of diGenova & Toensing.