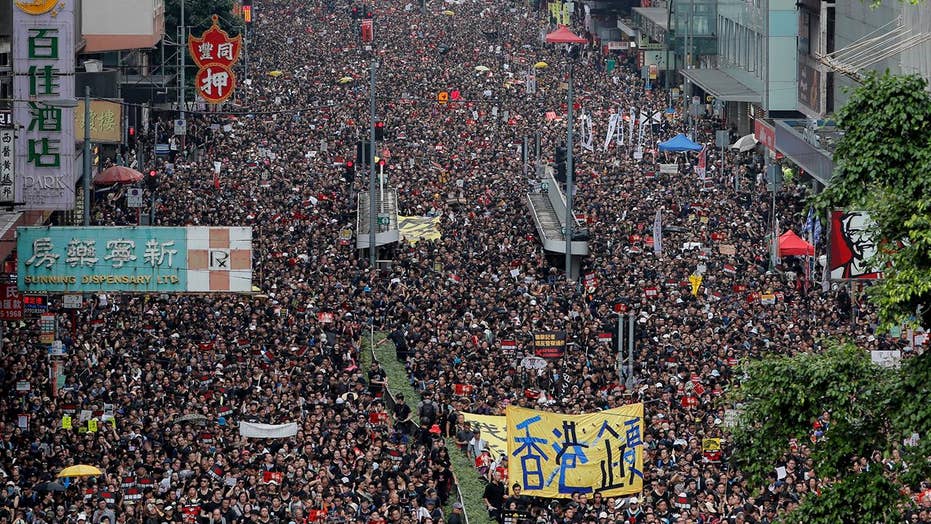 Hundreds of thousands of demonstrators have forced the Hong Kong government to suspend a proposal that would allow the extradition of people from the semi-autonomous Chinese administrative region to mainland China.

The demonstrators rightly fear that the legislation would undermine Hong Kong’s special status under the principle of “one country, two systems” that Beijing is committed to respecting until 2047 and allow Chinese authorities to place government critics in the hands of President Xi Jinping's political police under the pretext of being crime suspects.

But let’s not be naïve about this. Sooner or later Beijing will take up the extradition proposal again through its Hong Kong stooges. It will also continue, as it has for the past decade especially, to encroach on the region’s liberties, eroding the special status Beijing granted Hong Kong in negotiations with the British prior to the colony’s 1997 handover to China.

The backsliding has been gradual but relentless. For example, Hong Kong’s highest political authority, the chief executive, is chosen from among a slate of candidates selected by the central government. The “elected” candidate then must be appointed by the Chinese State Council. This is not a free and open election.

The Chinese police are now authorized to operate on the high-speed train linking Hong Kong with the mainland. Chinese laws and jurisdiction also now apply in the rail terminus area within the semi-autonomous region.

China also has weaved Hong Kong into its infrastructure development strategy in the Pearl River Delta area. Ostensibly the idea is to connect Hong Kong, Macau and other places to a network of infrastructure projects aimed at facilitating the expansion of certain industries; in practice, this means that Beijing’s political, regulatory and economic influence has gone well beyond the limits of the “one country, two systems” arrangements.

Freedom of expression also is being targeted. One way in which Beijing sends stern messages to Hong Kong’s media and civil society is to deny the renewal of the work permits of foreign correspondents in the special region.

Another is to dissuade authors and artists critical of the regime from visiting Hong Kong by issuing threats, as was the case with the Australia-based Chinese political cartoonist Badiucao a few months ago.

In theory, Western democracies could denounce Beijing for eroding the "one country, two systems" principle, but in practice, they have little leverage since the U.S. is involved in a trade conflict with Beijing and together with its European allies, has taken measures against Chinese companies that it suspects are involved in espionage.

Before being forced to announce the suspension of the extradition proposal, Carrie Lam, the current chief executive, repeatedly said that the Hong Kong Legislative Council would go ahead with the extradition plan despite the massive protests. We should take her at her word; they will try again.

The protesters are in an overwhelming inferior position compared to Beijing and its local puppets. Their only weapon may be global public opinion.

Protesters are hit by police water cannon during a demonstration against a proposed extradition bill in Hong Kong, China June 12, 2019. REUTERS/Tyrone Siu - RC12C6522E40

This does not mean they are willing to capitulate, as they demonstrated during the 2014 democracy protests -- the so-called “umbrella movement.” They will continue to fight the extradition bill in the streets, but they are ultimately fighting a losing battle.

When the British announced in the 1980s that they would hand over Hong Kong to China, an intense debate ensued in London, where I was based at the time, about the decision’s morality.

The handover was probably inevitable. But as a small group of civil libertarians suggested at the time, the British should have compensated the people of Hong Kong, who numbered barely five million, by offering British citizenship to those who wanted to settle in the United Kingdom.

What is happening today was inevitable and predictable. If British authorities didn’t see it coming, they should have.

Alvaro Vargas Llosa is a senior fellow at the Independent Institute. His latest book is “Global Crossings: Immigration, Civilization and America.”