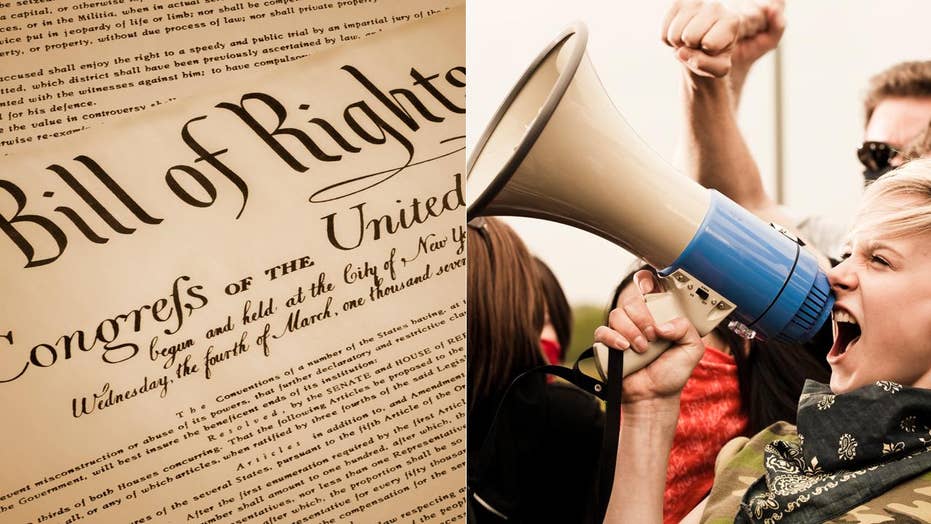 What exactly is protected under the first amendment?

Confused by what you can and can’t say under the first amendment? Well, Fox News has got you covered

First Amendment cases are very much on the national mind these days, and the news from the U.S. Supreme Court (SCOTUS) is very encouraging for those who believe in strong protections for constitutional freedoms. The court delivered a First Amendment victory last week in a case involving religious free exercise, and kept alive hope for victories in two other cases where the hot button issues of same-sex marriage and abortion are involved.

First, in Trinity Lutheran Church of Columbia, Inc. v. Comer, SCOTUS ruled 7-2 that the State of Missouri had unconstitutionally excluded Trinity Lutheran Church Child Learning Center from a competitive grant program to help schools, daycares, and other nonprofits install rubber playground surfaces made from recycled tires. The preschool and daycare center ranked fifth out of 44 applicants the year it applied for the grant, but was categorically rejected by the government because it was operated by a church. In ruling for Trinity Lutheran, the Court reaffirmed that all Americans should be free from government discrimination based on their religious identity.

Looking down the road, SCOTUS also agreed to hear Masterpiece Cakeshop, Ltd. v. Colorado Civil Rights Commission, buoying the hopes of First Amendment advocates who argue that government should not be permitted to compel a religiously opposed individual to create a wedding cake honoring a same-sex marriage, just as a secular wedding cake maker is not required to create a cake opposing same-sex marriage.

Later this year the Court will also decide whether to hear National Institute of Family and Life Advocates (NIFLA) v. Becerra.NIFLA is a national network of more than 1,400 pro-life pregnancy centers and medical clinics. Its membership includes 135 such centers in California, and of these, 85 operate as licensed medical clinics. These clinics and centers are faith-based ministries that do not provide or refer for abortion as a matter of principle. What SCOTUS eventually decides will have far-reaching implications for people of all faiths, no faith, and of all moral or political persuasions.

In asking the Court to hear this case, the petitioners noted the California law “forces licensed pro-life medical centers to post notices informing women how to contact the state ... for information on how to obtain state-funded abortions, directly contradicting the centers’ pro-life message.”

Simply stated, the issue before SCOTUS is: Can the government compel a faith-based ministry to speak a message with which it fundamentally disagrees and which violates its foundational principles?

In the case from California, pro-life pregnancy centers have challenged AB 775, the state’s so-called Reproductive FACT Act, as unconstitutional. When asking SCOTUS to hear this case, the petitioners noted that this California law “forces licensed pro-life medical centers to post notices informing women how to contact the State at a particular phone number for information on how to obtain state-funded abortions, directly contradicting the centers’ pro-life message.” The same law “also forces non-medical, unlicensed pro-life organizations to give extensive disclaimers that they are not a licensed medical facility in large font and in as many as 13 languages to clients on site as well as in their ads, both print and digital, including on their own Internet websites.”

The First Amendment right to free speech not only protects the right to speak, but also prevents government from compelling speech. AB 775 compels faith-based charities to speak a message that goes against their pro-life values, and it imposes massive fines upon any pro-life clinic that does not comply. Such fines would force most noncompliant clinics to close.

This might seem like only a fight about abortion and the freedoms of pregnancy resource centers – which number over 3,000 nationwide and provide free resources such as ultrasounds, maternity care, adoption services, education, STI testing, and more to pregnant women. However, the merits of constitutional challenges should not depend on whose “conscience ox” is being gored. For example, SCOTUS has recognized that Americans have the right to refuse to say the Pledge of Allegiance in public schools, as well as the right to claim conscientious objection to military conscription. First Amendment freedoms are equally as valuable to death-penalty opponents and environmentalists as they are to pro-life nonprofits.

Pro-life pregnancy centers provide a very valuable resource to our nation at no cost to the taxpayer. A 2015 survey by the Charlotte Lozier Institute established that pro-choice women themselves are pro-pregnancy resource centers and admire the services they provide. Laws like California’s stem from activist ideology, not demands by women seeking help. This provides one more reason why SCOTUS should accept NIFLA’s appeal and strike down this abusive law.

The illegitimate actions of government like AB 775’s coerced speech should be of concern to all Americans – even those who disagree with the life-affirming philosophy of pro-life pregnancy centers. The First Amendment is among our most treasured possessions, a guarantor of our freedom and ability to live together despite our deepest differences.