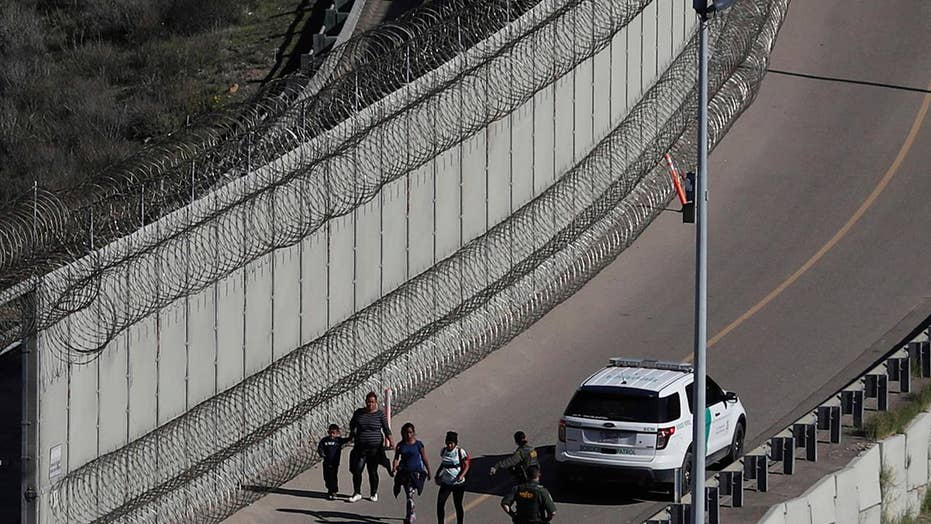 US Border Patrol arrests continue to drop in August

If it seems that lately President Trump has ramped up efforts to make it even harder for those seeking refuge to enter and stay in the U.S. — it’s because he has.

As we get closer to the election, expect the policy changes to come fast and furious. And who loses as a result? Americans.

Ken Cuccinelli, acting director of U.S. Citizenship and Immigration Services (USCIS), is the new face of the administration's immigration policy. He has called immigrants “invaders” and said the sonnet at the base of the Statue of Liberty is really just about people coming from Europe, is the new face of the administration’s immigration policy. In fact, last week he reportedly pushed out John Lafferty, the head of the USCIS asylum office who last year won a leadership award.

YOO AND PETERSON: TRUMP CAN MOVE FUNDS FOR BORDER WALL — AND THE SUPREME COURT WILL BACK HIM

Just last week we learned about a new administration policy to use videos instead of human interpreters in immigration court, which has delayed asylum proceedings by adding steps and in some cases extraneous information. Furthermore, the videos focus on voluntary departures and criminal penalties, not asylum seekers’ legal right to apply for protection. Subtlety is not a characteristic of the administration’s approach.

On Monday, the administration is expected to publish a proposed rule that would make it harder for asylum seekers to work. The rule would eliminate a requirement that USCIS process asylum seekers’ initial work permit applications within 30 days, potentially leading to lengthy delays in work authorization.

In addition to putting up a roadblock to integration, the move would shrink a pool of workers in an already tight labor market, reduce tax revenue, and potentially encourage asylum seekers to work without authorization.

And, later this week, the administration is due to determine the Fiscal Year 2020 refugee cap. Reports are that the cap could fall to 15,000 refugees granted admission per year. Numbers like this would decimate cities and towns throughout the Midwest that have grown increasingly dependent on refugee contributions to grow labor forces and tax bases.

Putting families in danger — ones fleeing violence, persecution and destitution —before they come to America or after they’ve arrived hurts our standing on the world stage. It’s bad policy. It’s morally bankrupt. It runs counter to the country we should continue to be. It also runs counter to United Nations tenets of asylum — that countries should not turn away “a refugee in any manner whatsoever to the frontiers of territories where his life or freedom would be threatened on account of his race, religion, nationality, membership of a particular social group or political opinion.”

But this is exactly what the Trump administration’s “remain in Mexico” policy does: it prevents migrants from countries south of Mexico from entering the U.S. until they have sought asylum in one of the nation’s they’ve first traveled through, which is simply an effort to prevent Guatemalans, Salvadorans and Hondurans — who represent the vast majority of asylum seekers, and 75 percent of Border Patrol apprehensions — from ever entering the U.S.

That leaves them in border towns in Mexico, which are unsafe. Last week the Los Angeles Times reported that asylum seekers awaiting U.S. immigration court hearings in these towns are increasingly becoming targets for kidnapping by cartels, which seek ransoms from migrants’ American relatives. More and more, migrants are returning to the danger and poverty they fled.

Does every person requesting asylum deserve protection? No.

But the courts, not the cartels, should determine whether or not someone lives in the U.S.

Asylum seekers do not pose a threat to us: people who request asylum go through a comprehensive process that includes background checks and screenings.

The thousand-cuts campaign against asylum seekers also contributes to the administration’s message to talented foreign-born students, innovators and entrepreneurs, as well as hardworking laborers and many others, that America isn’t open to newcomers. That we no longer wish to give people a chance to lend their talents, passion and creativity to enrich our communities.

There is a better way forward, both morally and from a policy perspective. Instead of punishing people from Northern Triangle countries, we could partner with their governments to prevent human smuggling operations and provide critically needed aid and investment to spur economic growth and create new jobs — so people find opportunity in the place they call home.

This isn’t wishful thinking, it’s based on what has worked in the past. Migration to the U.S. from Mexico dropped a whopping 90 percent over the last two decades, as the U.S. worked with Mexico to ensure stronger economic growth, more visas for temporary work, and better border enforcement.

Last week’s developments and reports weren’t the first evidence that the Trump administration is closing the doors on those most in need, just the latest.

Doing so not only harms vulnerable men, women and children. It ultimately weakens the idea of America.