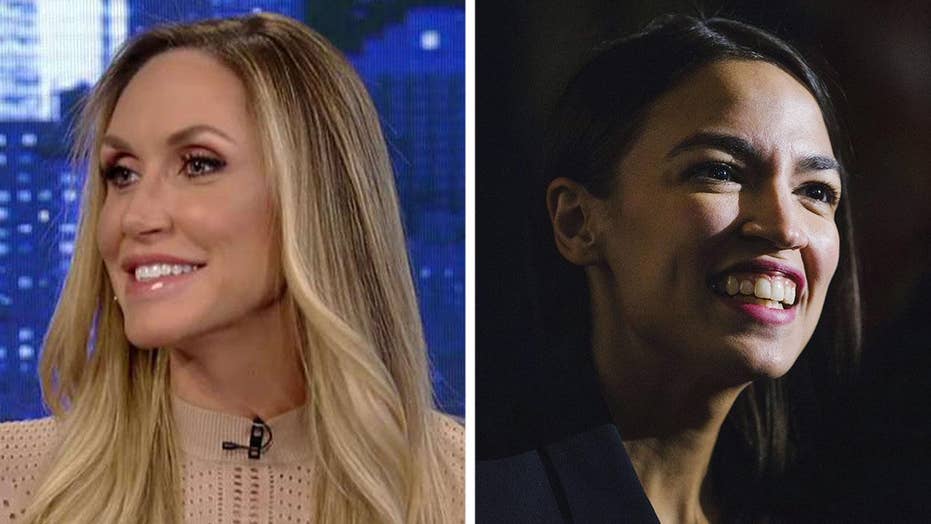 Lara Trump on Ocaso-Cortez' climate change rant: A low birth-rate is detrimental to the country.

Alexandria Ocasio-Cortez questions if we should continue having children for the sake of the planet; Trump 2020 campaign senior adviser Lara Trump reacts.

The Democrats’ lurch toward socialism got even crazier over the weekend.

The party’s brightest star, Democratic socialist Rep. Alexandria Ocasio-Cortez, D-N.Y., questioned whether it was moral for young people to have children due to climate change.

In an Instagram Live video, she warned, “Our planet is going to face disaster if we don’t turn this ship around. And so it’s basically like, there is a scientific consensus that the lives of children are going to be very difficult and it does lead, I think young people, to have a legitimate question. You know, should – is it ok to still have children?”

HEY, DEMOCRATS, I'VE LIVED IN A SOCIALIST COUNTRY WITH INCOME 'EQUALITY' AND IT WAS MISERABLE

Of course, crazy is part of socialism’s DNA. As it turns out, Communist China, a stalwart practitioner of socialism, has already beat Ocasio-Cortez to pondering the link between childbirth and climate change.

In fact, Zhao Baige, a former vice minister of China's National Population and Family Planning Commission, used to tout forced abortions as her country’s contribution to saving the planet.

At a UN climate change conference in 2009, she declared that a strong correlation existed between population growth and climate change, and that China’s implementation of a one-child policy for over 30 years lowered the world’s carbon emissions.

Official Chinese figures indicate that the country’s birth rate declined from more than 1.8 percent in 1978 to around 1.2 percent in 2007. The result of 400 million fewer births, according to Zhao, converted “into a reduction of 1.83 billion tons of carbon dioxide emission in China per annum.”

Most Americans would be horrified by the cruelty and tragedy of government mandated abortions as Zhao described. China’s Communist government, however, does not concern itself with those cumbersome details of basic human dignity.

While Ocasio-Cortez is in no way advocating that America fight climate change by forcing state violence upon its citizens, other climate warriors have proudly advocated not having children as their way of cutting carbon emissions.

Ocasio-Cortez’s musings over the weekend were somewhat different: Would life on earth be unsuitable or too difficult for children in 10 years? Regardless, her answer was the same: Do not have children.

In her video she further stated, “We need a universal sense of urgency… A lack of urgency is going to kill us.”

A sense of urgency certainly runs through the “Green New Deal” – her proposal for ridding America of the consumption of fossil fuels.

Among other things, it calls for the upgrade or replacement of every building in the country “for state-of-the-art energy efficiency,” “high-quality” health care, “healthy food,” adequate housing, clean air and water, “access to nature,” and economic security even for those “unwilling” to work. Furthermore, the plan wants to make farting cows and air travel obsolete.

The entire plan requires a massive government takeover of the economy, but that appears to be just cumbersome quibbling to the socialist representative from New York imbued with a sense of urgency.

For everyone else, it is worth remembering that China’s one-child policy came with a great deal of urgency as well, and was implemented to thwart a population explosion in the 1970s. Yet after more than three decades, the disastrous effects of the policy were plain for all to see.

Aside from having inflicted grave human suffering, the forcible limitation of population growth also created a demographic crisis for the second largest economy in the world. As a result, China began easing its one-child policy in 2013 to allow two children per family.

Yet it does not matter if the urgent goal is climate change or population control. Socialism always comes with grand aspirations and demands tremendous sacrifice.

Ocasio-Cortez’s musings that young people should not have children offer a timely reminder that a modern socialist regime has already forcibly prevented its citizens from having the number of children they wished to have, and touted such brutality as a contribution to the fight against climate change.

As President Trump rightly said in a speech last week:

“Socialism is about one thing only: power for the ruling class. And the more power they get, the more they crave. They want to run health care, run transportation and finance, run energy, education – run everything. They want the power to decide who wins and who loses, who’s up and who’s down, what’s true and what’s false, and even who lives and who dies.”

In the name of climate change, the Democratic Party’s unofficial leader seems eager to help everyone else decide who lives and who dies. She might not be interested, but history is littered with catastrophes and injustices created by socialist policies and their diktats.

Ying Ma served as the communications director of the No on Prop 16 campaign in California in 2020 and as the Bay Area Outreach Coordinator of the Prop 209 campaign in 1996. She is the author of "Chinese Girl in the Ghetto."