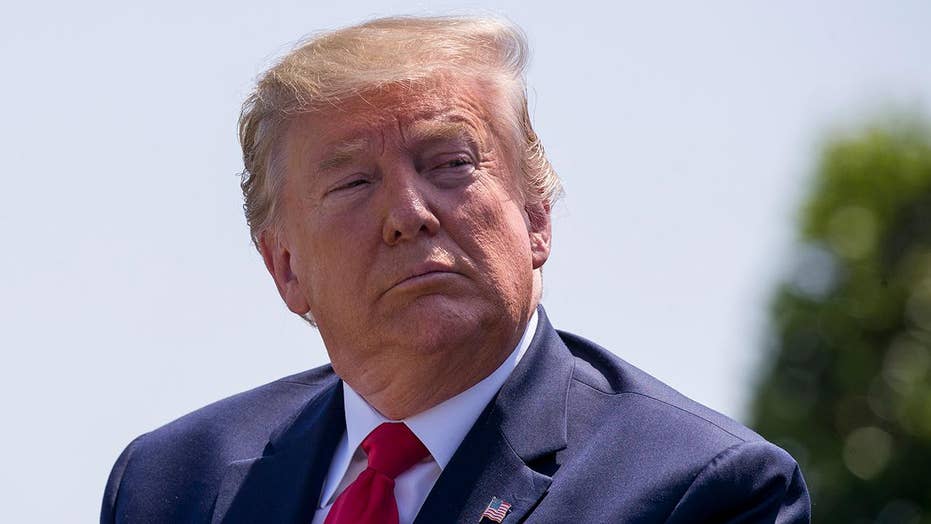 President Donald Trump reacts to the Mueller hearings, the origins of the Russia probe and the media in an exclusive interview on 'Hannity.'

The word of the day, following the confusing and confused testimony of former Special Counsel Robert Mueller before two House committees Wednesday, is “exonerate” – or more precisely, “not exonerate.”

Exoneration is not the job of our legal system. Mueller’s attempt to introduce it is an extraordinary and dangerous innovation that would endanger the presumption of innocence we all have under the law.

During and following Mueller’s testimony, much of the media went into overdrive highlighting one sentence in the former special counsel’s 448-page report on Russian interference in our 2016 presidential election, as if it were breaking news. The sentence, which Mueller reiterated in his testimony, said: “Accordingly while this report does not conclude that the President committed a crime, it also does not exonerate him.”

But this sentence from the Mueller report, which was completed in March, was not news at all. Mueller simply repeated that formulation Wednesday and some Democrats treated it as a breakthrough invitation to begin impeachment proceedings

There is a grave and frightening danger in introducing the concept of exoneration into our legal system. It suggests that a person may still be presumed guilty even if the decision was made not to prosecute him or her, or even if a jury rendered a verdict of not guilty.

But the truth is that even a full trial doesn’t exonerate or not exonerate anyone, since the rules of evidence limit the testimony and other evidence that can be heard by a jury.

Exoneration is for God, historians and other non-legal institutions that have access to the totality of information. It should never become part of our legal system and it should never be used as a partisan political weapon by politicians. Mueller should never have spoken of exoneration in his report or in his testimony.

Under Mueller’s concept of exoneration, a criminal investigation would become a three-part multiple-choice test with “guilty,” “not guilty” and “exonerated” as the three choices. In the context of a prosecutorial decision, the choices would be “prosecute,” “don’t prosecute,” “exonerate” and “not exonerate.”

But these choices are not part of the American legal system. Our system operates on a binary approach, not a multiple-choice one. When a prosecutor decides not to prosecute, or when a jury renders a verdict of not guilty, that has to be the last word when it comes to the criminal law.

Exoneration is for God, historians and other non-legal institutions that have access to the totality of information. It should never become part of our legal system and it should never be used as a partisan political weapon by politicians.

Prosecutors and special counsels only hear evidence on one side of the case. Their job is to determine whether there is probable cause to send the case to a judge or a jury for a full trial, with cross-examination, defense witnesses and zealous defense lawyers.

Mueller should have been questioned hard about the use of the term “exonerate.” He was asked a few questions, which he studiously avoided answering.

There should be a separate set of hearings, both in the House and Senate, to deal, as a matter of principle, with the idea of introducing the dangerous concept of exoneration into our legal lexicon. Scholars and others should be invited to testify about the implications of prosecutors or special counsels using that term in their reports or public statements.

To illustrate the dangers of public officials using this term, think back to what disgraced former FBI Director James Comey said with regard to Hillary Clinton’s handling of emails when he held a news conference in the closing days of the 2016 presidential election campaign.

Though Comey didn’t use the term “not exonerated” – instead he expressed his opinion that although Clinton would not be prosecuted, she displayed extreme carelessness – he basically told the world that she had not been exonerated.

Democrats, including me, railed against Comey for going beyond the traditional statement that a decision had been made not to prosecute Hillary Clinton. But today, some of these same Democrats are exulting about Mueller’s statements that President Trump was not exonerated.

This double-standard fails the “shoe on the other foot test,” which demands that the same standards be applied regardless of party affiliation.

So let’s redact the words “exonerate” and “exonerated” from the Mueller report, from the vocabulary of prosecutors and from our legal system. These words set an absurd standard that wrongly casts a shadow of suspicion over people who are not charged with crimes or found not guilty after a trial.