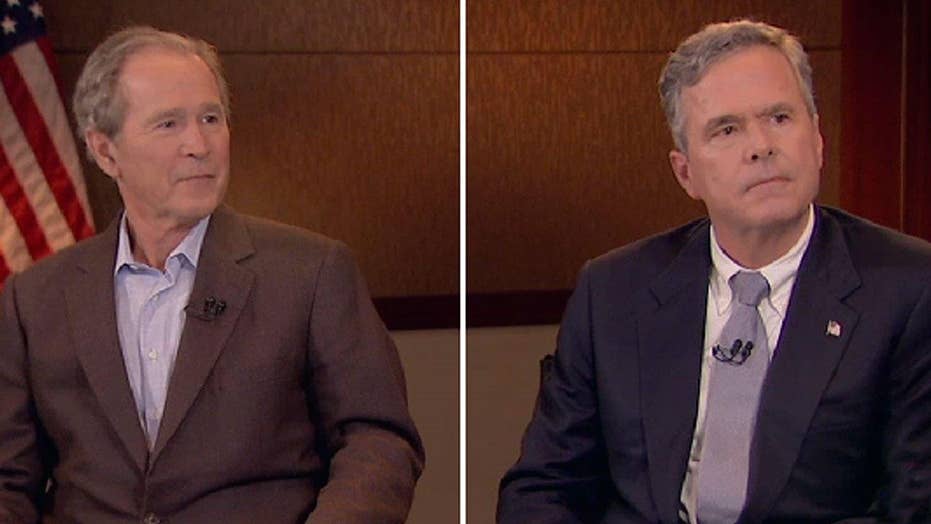 As the battle for the Republican nomination heats up, conservative voters need to think, first and foremost, about which conservative candidate can defeat Hillary Clinton and then have the leadership skills and experience to clean up the mess left behind by Barack Obama’s two failed terms.

As former governors, we are endorsing Governor Jeb Bush because he stands head and shoulders above the rest of the field in terms of having a proven record of delivering conservative reforms that empowered people to improve their quality of life. In Florida, Jeb set the gold standard that many of us looked to when bringing about conservative change in our states. Conservative columnist, George Will, declared earlier this year that Jeb Bush was the most consequential big state governor since Ronald Reagan. Will is right.

Governor Bush’s leadership on the economy was also stellar. During his administration, Florida became the national leader in job creation and small business creation as 1.3 million new jobs were created and middle class incomes rose by $1,300.

Jeb also made Florida the national model for conservative education reform. He beat the teachers union to enact three statewide voucher programs and to nearly triple the number of charter schools in the state. Jeb focused on high standards for student learning and held educators accountable, driving significant improvements in student achievement that are illustrated by the fact that the high school graduation rate in Florida has increased by nearly 50 percent since the Bush school reforms were enacted.

Now that Governor Bush is a candidate for president he is offering concrete policy solutions that are rooted in the conservative principles he fought and won on in Florida. Jeb has the best plans to grow our economy at full strength to help ensure that the middle class receives the first pay raise in 15 years. He has the boldest ideas to reform the spending culture in Washington, fix the impending crisis with entitlements and balance the budget to bring the spiraling national debt under control.

Most importantly, Jeb is a strong leader with a steady hand who is ready to be Commander-in-Chief and keep our homeland safe. Jeb has been endorsed by 12 Medal of Honor recipients and more than 40 retired admirals and generals because he is a crisis leader who has been tested time and again. From 2004-2005, Florida was hit by eight major hurricanes and four tropical storms. Governor Bush led an unprecedented response and recovery effort that brought his state together and contributed to him leaving office with a 67 percent job approval rating.

To respond to an increasingly dangerous world, Governor Bush has outlined a detailed strategy to rebuild our military, destroy ISIS and address the growing threats presented by Vladimir Putin’s aggression in Eastern Europe; Iran’s ambitions to obtain a nuclear weapon and China’s military buildup and desire to become a dominant force in the South China Sea. Jeb understands what it takes for America to project power abroad and he will be a leader who will restore the trust of our allies, while striking fear in the hearts of America’s enemies.

While there are some very talented politicians running for the Republican nomination who are gifted orators, no one running can match the decision making ability of Governor Bush. Governors are different than Senators in one key way. We are held accountable for delivering results and cannot get away with offering amendments, issuing press releases and declaring victory. Jeb Bush is stand up and take-charge type of leader who will fight to forge consensus and break the partisan gridlock in Washington. We are confident that he would be a transformational president of the United States, paving the way for middle class families to achieve earned success and restoring America’s standing in the international community.