An opinion essay criticizing Jill Biden for using the honorific “Dr.” has reportedly resulted in its author having his profile removed from the website of Northwestern University.

The essay, titled, “Is There a Doctor in the White House? Not if You Need an M.D.,” appeared Friday in The Wall Street Journal. It was written by Joseph Epstein, an author and editor who was a lecturer at the university, which is located near Chicago.

Epstein wrote that Jill Biden – the wife of President-elect Joe Biden -- using “Dr.” before her name “sounds and feels fraudulent, not to say a touch comic,” because her doctorate is in education, not medicine or science.

He also argues that earning a Ph.D. “may once have held prestige, but that has been diminished by the erosion of seriousness and the relaxation of standards in university education generally.”

Late Saturday, journalist David Gura wrote on Twitter that Epstein was no longer identified as an “emeritus lecturer” on the Northwestern website.

Gura then posted a statement from Northwestern regarding Epstein, in which the university said it does not agree with Epstein, whom it accused of having “misogynistic views.”

“Joseph Epstein was never a tenured professor at Northwestern and has not been a lecturer here since 2002,” the statement said.

“While we firmly support academic freedom and freedom of expression, we do not agree with Mr. Epstein’s opinion and believe the designation of doctor is well deserved by anyone who has earned a Ph.D., an Ed.D. or an M.D.

Jill Biden’s title was the subject of attention earlier this year when Whoopi Goldberg, a co-host of “The View,” mistakenly believed Jill Biden was a medical doctor instead of an educator, with Goldberg even expressing hope that Jill Biden would become surgeon general in a Biden administration.

“I’m hoping Dr. Jill becomes the surgeon general,” Goldberg said on the air in March. “She’s a hell of a doctor. She’s an amazing doctor.” 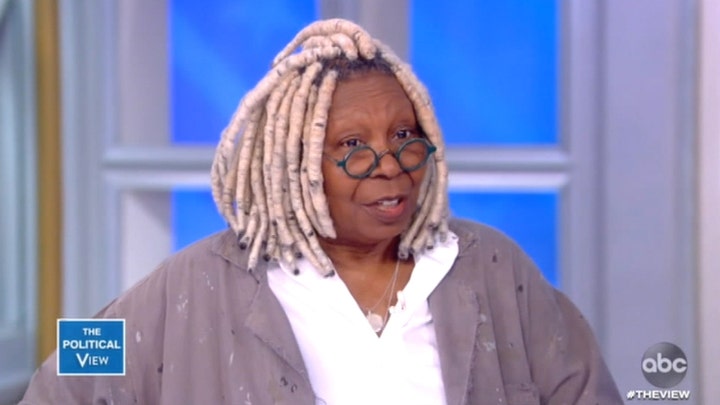 Co-hosts Meghan McCain and Sunny Hostin immediately raised suspicion about the accuracy of Goldberg’s claims, and Goldberg later corrected herself after a commercial break.

“I was wrong, before you start texting and emailing,” Goldberg said, grinning at the audience.

In a Twitter post on Saturday, McCain appeared to agree with Northwestern that Epstein was being misogynistic with his article.

“I am so sick of the way accomplished, educated, successful women like @DrBiden are talked about in the media by misogynistic men,” McCain wrote. “BEYOND SO SICK OF IT.”

Around the time of former President Barack Obama’s second inauguration in 2013, when Joe Biden once again took the oath of office for vice president, the Los Angeles Times published an op-ed about the use of “Dr.” before Jill Biden’s name.

That L.A. Times article, titled, “Joe Biden’s wife is a ‘Dr.,’ but she doesn’t deliver babies,” noted that the New York Times had recently referred to former Secretary of State Condoleezza Rice as “Ms. Rice,” even though Rice also holds a Ph.D.

The same article noted that it wasn’t uncommon for many holders of high degrees to be addressed without the title, “Dr.”

“I have lots of friends (and a brother-in-law) with Ph.Ds,” author Michael McGough of the L.A. Times wrote at the time. “None of them expects to be addressed as ‘Dr.’ So what’s up with Jill Biden?”

“Whatever the explanation,” McGough continued, “It’s ironic that the spouse of just plain ‘Joe’ Biden should be described as ‘Dr.,’ when so many other holders of advanced degrees in public life have to settle for ‘Mr.’ or ‘Ms.’”