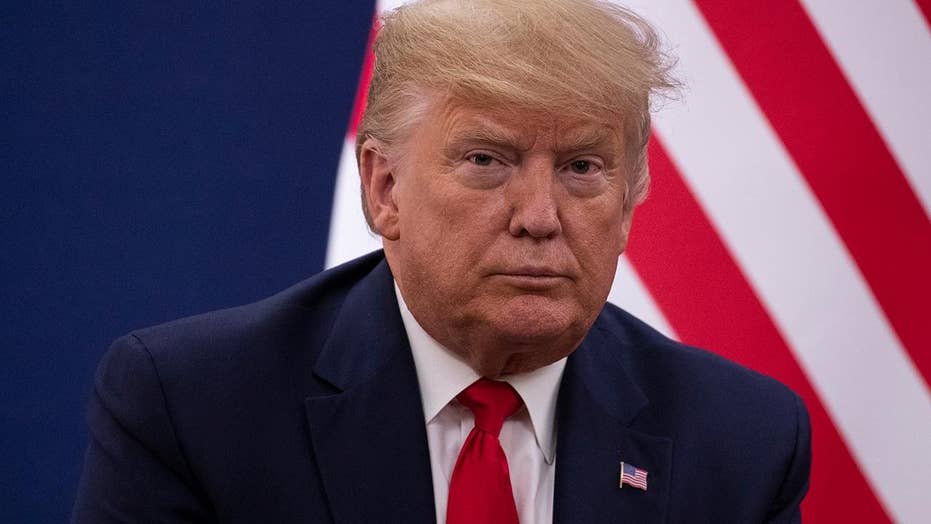 It was 1 in the morning, long after most of the country had gone to sleep, that the chief justice of the United States scolded both sides in the impeachment trial.

It was time to return to “civil discourse,” John Roberts said, because “they are addressing the world’s greatest deliberative body.”

The raw acrimony of the first day’s marathon hearing faded somewhat Wednesday as Adam Schiff and the Democrats made their lengthy opening statements in the Senate. But outside the chamber, plenty of people weren’t playing by Marquis of Queensbury rules.

Trump used his signature street talk when asked about impeachment during interviews and pressers at the gilded retreat in Davos.

“First of all, Jerrold Nadler,” he said, the congressman whose Judiciary committee brought the articles of impeachment. “I’ve known him a long time. He’s a sleazebag.”

Not the worst insult ever uttered in New York, where the two clashed for years over Trump’s building projects, but not the usual presidential rhetoric.

The president also went off on one of his favorite targets -- the media -- when asked about the trial.

“The press is so dishonest, so corrupt. I read it all the time. Stories, I don't mind bad stories. I deserve a bad story sometimes, but when I do something great or good, let it be written about good…

A couple of clarifying points: Broadcasters like Hannity and Rush aren’t eligible for Pulitzers, which are awarded for print and online work. And yes, the New York Times and Washington Post were awarded such prizes for their reporting on the Russia investigation, which may have been flawed but was not fake just because the probe led to no charges against Trump and his inner circle.

But Republicans have no monopoly on trash talk.

Hillary Clinton is getting a whole lot of attention for dissing her 2016 rival, Bernie Sanders, in a forthcoming Hulu documentary. “Nobody likes him,” she said. “Nobody wants to work with him.”

The former secretary of state got some flak from her own side for such undiplomatic comments that threatens to reignite the feud between their respective followers. She had to walk back her deflection of a question on whether she’d endorse Bernie by saying of course she’ll back the eventual nominee.

Sanders, for his part, made a joke about his wife usually liking him and asking his staff to show restraint rather than getting into a likability spitting match with his former foe.

Such is the level of 2020 campaign discourse these days.

Meanwhile, the president said he’d like John Bolton to testify at the trial -- though a Washington Post piece about a Bolton-for-Hunter Biden witness trade seems to be going nowhere -- before quickly walking it back.

“The problem with John is that it’s a national security problem,” Trump said. As national security adviser, he was privy to Trump’s private views of world leaders, and the president implied such testimony would breach executive privilege.

“And I don’t know if we left on the best of terms. I would say probably not, you know?” That was pretty candid; Trump is concerned that Bolton’s ouster could lead him to damaging testimony on Ukraine.

There is the impeachment debate inside the Capitol and the debate echoing through the media, and they are operating by very different rules.