Wisconsin Family Action president Julaine Appling says Speaker Pelosi needs to be held accountable for the messaging that she argues 'incited' the attacks on her organization's headquarters.

Julaine Appling, president of Wisconsin Family Action, called for accountability for Democratic leaders after her organization's headquarters were vandalized and hit with a Molotov cocktail. On "America's Newsroom" Tuesday, Appling said House Speaker Nancy Pelosi is partly responsible for inciting the attack due to her recent comments praising the pro-choice demonstrations.

CATHOLIC DEMS SILENT ON TARGETING OF CHURCHES BY PRO-ABORTION ACTIVISTS

JULAINE APPLING: It seems to me that Nancy Pelosi is partly responsible for inciting the kind of violence that we were the recipients of early on Mother's Day morning. That kind of rhetoric heats things up. It doesn't cool it down. And our leaders need to be held responsible and held accountable for the kind of message they send. We had a similar message early on from the governor [Tony Evers].

The kind of language they use is meaningful. And I don't think Nancy Pelosi's words there help us at all in tamping down what we're experiencing. And I will say, too, if they're willing to do this kind of action with a draft opinion, what should we be expecting when we actually get a final opinion from the U.S. Supreme Court on this issue? 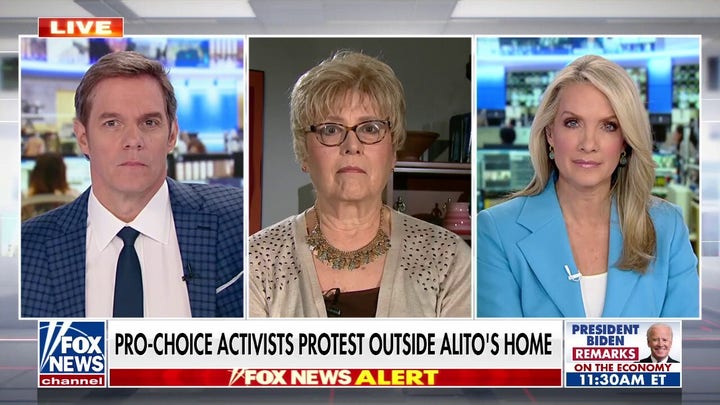