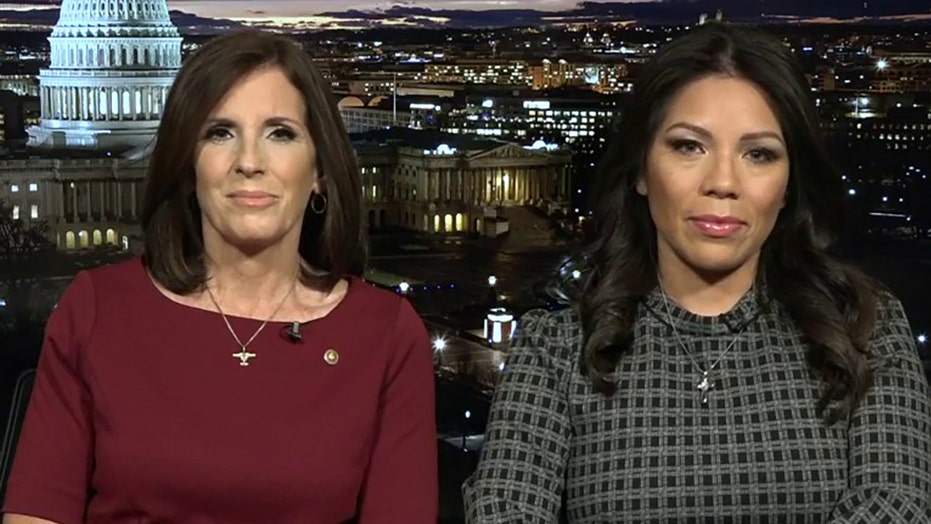 Widow who lost her husband in Kenya terror attack speaks out

Hope Harrison, joined by Sen. Martha McSally, opens up about the loss of her husband and being a guest at Trump's State of the Union.

Hope Harrison, the widow of a contractor who was killed in a U.S. military base attack in Kenya, appeared on “Fox & Friends First” on Wednesday morning after attending President Trump’s “touching” State of the Union address as Arizona Republican Sen. Martha McSally’s guest.

“He paid the ultimate sacrifice for our freedom as a contractor,” Harrison said.  “He didn’t have to be there. He wasn’t in uniform, but he was fighting right alongside our military and he had a heart for our country and for doing right.”

Harrison’s husband Dustin was killed last month, about a week before he was supposed to come home.

The husband and father of the couple’s toddler was a pilot who worked as a Defense Department contractor. He was among those killed in Kenya by al-Shabab extremists.

Al-Shabab, based in neighboring Somalia, claimed responsibility for the attack. 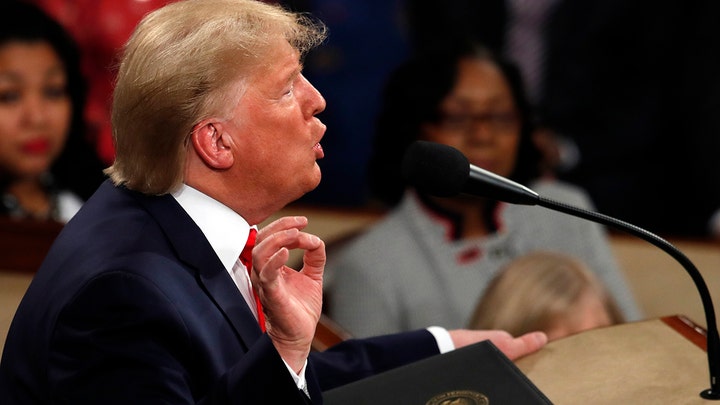 Speaking about why she chose to invite Harrison as her guest to Trump’s State of the Union address on Tuesday night, McSally said, “Dustin and Hope and their beautiful daughter Heaven live in Tucson, Arizona and when I heard about this awful tragedy I wanted to reach out to the family and just share my condolences.”

She added, “I thought if she was able to, in her grief, I would be honored to have her as my guest and I was so glad she accepted the offer.”

McSally acknowledged that “this is a very difficult time for her and their family," but invited her because she wanted “to give her a little bit of a glimmer of hope.”

When asked if she did get a “glimmer of hope” and if any words resonated with her, Harrison said, “It was beautiful, it was an amazing opportunity.

“I’m thankful that God has given me this opportunity,” she continued. “I’m thankful to Sen. McSally. I can’t express how much I appreciate this invitation.”

She went on to say that she is “a huge supporter of our president as well as our country, our military and our contractors alike, but to see that President Trump honored the military and everyone that he did was very touching.”

McSally said she thought Trump’s State of the Union address on Tuesday night was “amazing” and “President Trump’s best speech.” 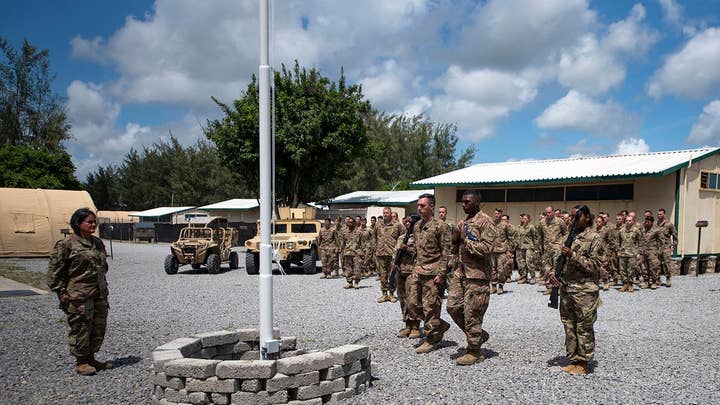 “I had tears in my eyes, first time in my life in a State of the Union address,” she continued.

She went on to say that she thought the speech was “so strong on President Trump’s accomplishments, but then also so touching with the stories that he shared and the people whose lives have been impacted by the positive policies that we’ve been able to work with President Trump to make happen for Americans.”

Harrison thanked people from all over the world for their continued prayers as she grieves her husband’s death.