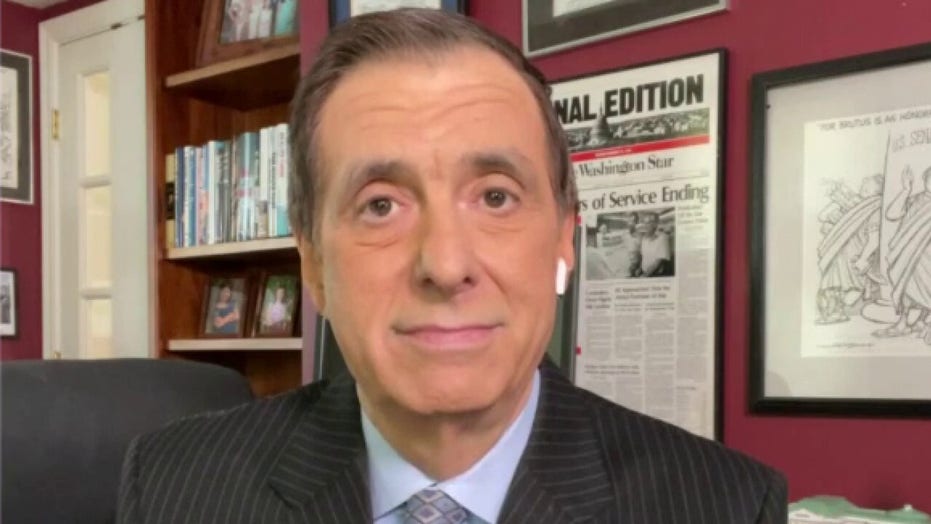 Howard Kurtz: WaPo piece on Sen. Tim Scott's ancestry is 'such a stretch'

Fox News host Howard Kurtz argues the Washington Post 'leaves the impression it was trying to take the rising Republican star' and 'take him down' a bit with the report on Sen. Tim Scott, dubbed by critics as a ‘hit piece.'

The Republican Party would seem to be in a rather deep hole at the moment.

The Democrats are in the process of pushing through their second straight $2-trillion bill, likely with votes only from their side. President Biden has an approval rating of 52, 53 or 54 percent, based on polls by the Washington Post, NBC and Fox News. Donald Trump is maneuvering to knock off GOP incumbents who crossed him during his tenure.

And yet Kevin McCarthy seemed to be in an upbeat mood when I spoke with him over the weekend. He thinks he’s got an excellent chance of becoming House speaker. At the same time, he’s walking a self-described "tightrope" when it comes to dealing with his party’s pro- and anti-Trump factions, drawing considerable criticism in the process.

So is the minority leader’s expectation just political spin? Well, he’s got history on his side.

Obviously, no one knows what the Biden administration’s political standing will be in November of 2022. But because Republicans did surprisingly well in picking up seats last fall as Trump was losing, McCarthy needs a net gain of only five seats in the midterms. In fact, many prognosticators say the GOP’s chances are far better in the House than in the Senate, even though Mitch McConnell would need only one net pickup.

MEDIA CHEER BIDEN CLIMATE SPEECH, BUT WILL IT TURN OUT TO BE HOT AIR?

So even if McCarthy’s party were to perform way under the historical average, he’d still take the gavel from the presumably retiring Nancy Pelosi. What McCarthy and many Republicans believe is that Biden is pushing through his big spending bills now in the knowledge that his majority is fragile at best.

Now there have been a handful of exceptions. Democrats improbably picked up five House seats in 1998, while Clinton was in the process of being impeached, when many thought Newt Gingrich’s party had overreached. And Republicans picked up eight House seats in 2002, while Bush was waging a war on terror in the wake of the 9/11 attacks. If the coronavirus is seen as vanquished next year, that would clearly help Biden’s party.

Meanwhile, McCarthy is drawing flak for his appearance on "Fox News Sunday." Chris Wallace asked him about his conversation with Trump on the day of the Jan. 6 riot, in which the former president said the mob was "more upset by the election" than McCarthy was, according to another House Republican.

McCarthy sidestepped that question, not denying it, but said he had called Trump and said his supporters had to end the insurrection. And, the congressman said, Trump told him that he would "put something out to make sure to stop this. And that’s what he did, he put a video out later."

Wallace noted it was "quite a lot later" and "a pretty weak video." (Trump said "we love you" but that the protesters should go home.)

In a New York Times profile yesterday, McCarthy, who has visited Trump at Mar-a-Lago, said "he goes up and down with his anger. He’s mad at everybody one day. He’s mad at me one day."

The California Republican continues to defend his role in backing Trump’s challenge of the Electoral College results on Jan. 6, although "friends say that he knows better and is as exasperated by Mr. Trump’s behavior as other top Republicans," the Times reports. McCarthy argued that he and his colleagues challenged the results in only two states, Arizona and Pennsylvania, so Joe Biden would be president regardless—an interesting deflection, to say the least.

McCarthy made clear he sees his job as fostering Republican unity, preventing any widening split with Trump that would upset next year’s elections and keep him out of the speaker’s office.

During our chat, McCarthy told me that Biden hasn’t tried to speak to him a single time since becoming president, even though they were once friendly enough that he’d be invited to the vice-presidential residence for breakfast. That was pretty remarkable, I thought, given that Biden regularly talks about bipartisanship and McCarthy is one of the two Republican leaders on the Hill.

Then McCarthy walked into the studio, told Chris Wallace the same thing, and had provided similar quotes to the New York Times. I guess he wanted the message out there.