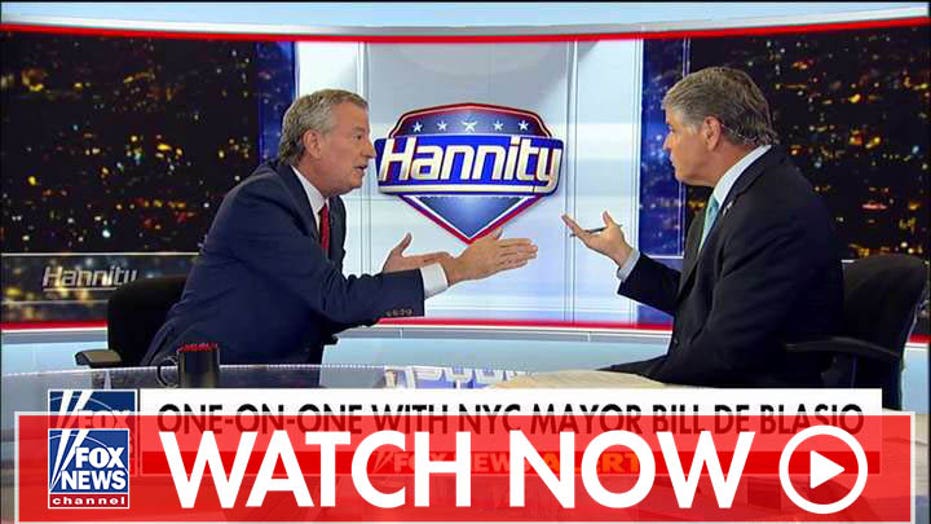 De Blasio, the mayor of New York City, claimed New York is the safest large American city and that the police are the best outlet to keep people safe, on Wednesday's "Hannity."

"You're in the safest big city in America.. with the finest police force in America," he said.

"We keep people safe. Crime's gone down for the last six years on my watch. 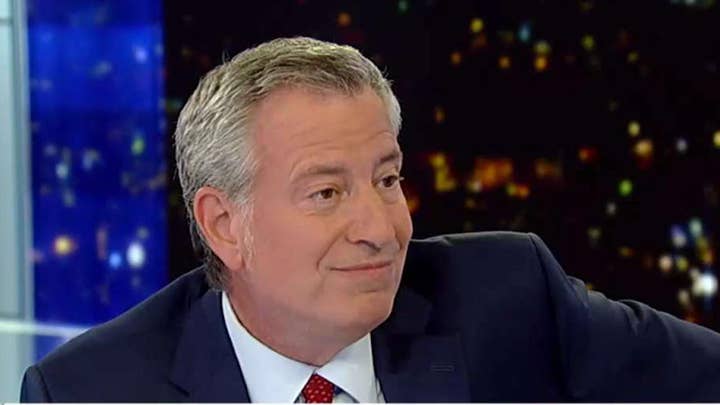 "I believe right now what's wrong in this country is not that people have rights around guns, it's there are no gun safety measures like background checks."

In response, Hannity said he had to submit to a background check to obtain his gun permit in the state of New York.

"Ask the NYPD and they'll tell you they believe in strong gun laws to keep officers and civilians safe," he added.

CHRIS STIREWALT: TEXAS SAFE FOR REPUBLICANS IN 2020 UNLESS BIDEN THE NOMINEE 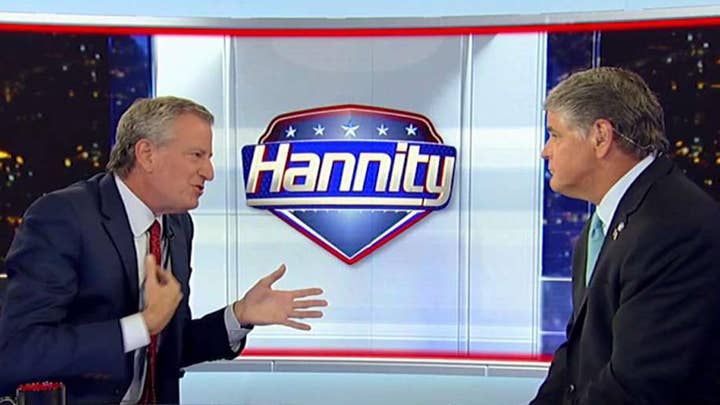 "I believe we should have background checks. We need an assault weapons ban."

Responding to the mayor, Hannity said the presidential hopeful was dodging the question of personal firearm ownership.

"All the guns that are out there, that are threatening our officers and our civilians alike... I believe people have rights, I believe in gun safety laws," he responded.

"We have a police department... that is making it safer all the time -- that's the best way to protect people."

When Hannity pressed further, de Blasio quipped, "I ain't buying what you're selling."