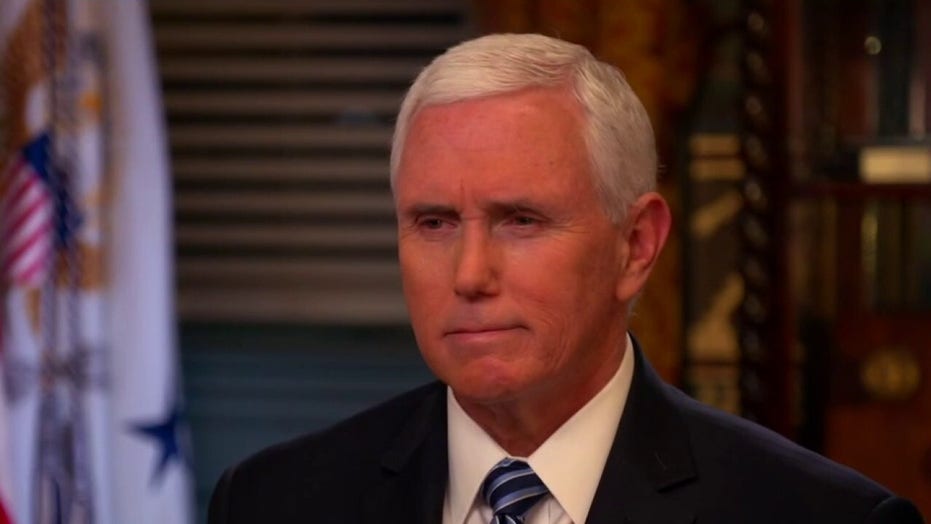 President Trump and members of his coronavirus task force have been focused on making test kits for the virus more broadly available in the U.S., Vice President Mike Pence, leader of the task force, said Saturday night.

During an apearance on Fox News' "Justice with Judge Jeanine," Pence said he had good news to report.

"The biggest news this week was that the president brought together the leaders of the top commercial laboratories in the country, huge businesses," Pence told host Jeanine Pirro. "And he said we need you to work together to put together the tests. And at the end of this week, two of the largest commercial laboratories in America said that they would have a test ready to go to market on Monday. That's real leadership."

"Two of the largest commercial laboratories in America said that they would have a test ready to go to market on Monday."

Pence explained the tests consist of a cotton swab of the nose for gathering samples that can be examined for the presence of the virus -- and assured viewers the administration has focused on making tests available since the moment the outbreak hit the country.

"And I want your viewers to know that as we've been ramping up the tests, since the coronavirus first really came ashore in the United States, that we've been focusing tests at the point of the need where states have requested them," Pence said. "State labs said they needed them, and particularly in the Seattle area and in parts of California that have seen multiple coronavirus cases and tragically, families that have seen the loss of life." 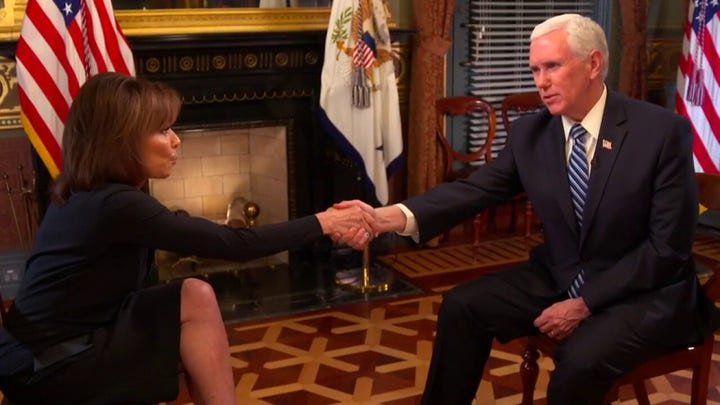 Pirro asked Pence when was the right time to pursue a test.

Pence said that anyone who became aware that they had been in contact or in close proximity to someone who was found to have the coronavirus -- and then exhibited flu-like symptoms -- that person should contact their doctor and seek a test.

On Saturday, news emerged that raised questions about the vice president's own health. Organizers of the recent Conservative Political Action Conference (CPAC) in Maryland, which both Trump and Pence attended, said another attendee at the event had tested positive for the virus, and the Tampa Bay Times reported that some Florida military academy students with whom Pence met Feb. 29 have a classmate who was now self-quarantined after possible exposed to the virus.

But the White House told Fox News there was no indication that Trump or Pence were in close proximity with the affected CPAC attendee. And Florida Gov. Ron DeSantis told the Tampa Bay Times on Monday that officials had no reason to believe Pence was exposed to the virus while in Florida.

On Saturday, the vice president told Pirro that most Americans don't have to worry about contracting the virus.

"The good news is that the risk to the average American of contracting the coronavirus remains low," Pence said. "And even for those who contract the virus, the vast majority other than a small few percent of the top will go through flu-like symptoms. In some cases, serious. But they'll recover."

Pence, however, warned that elderly Americans with a serious underlying health condition have not fared well after contracting the virus.

"This might be the time to reconsider certain activities," he said.