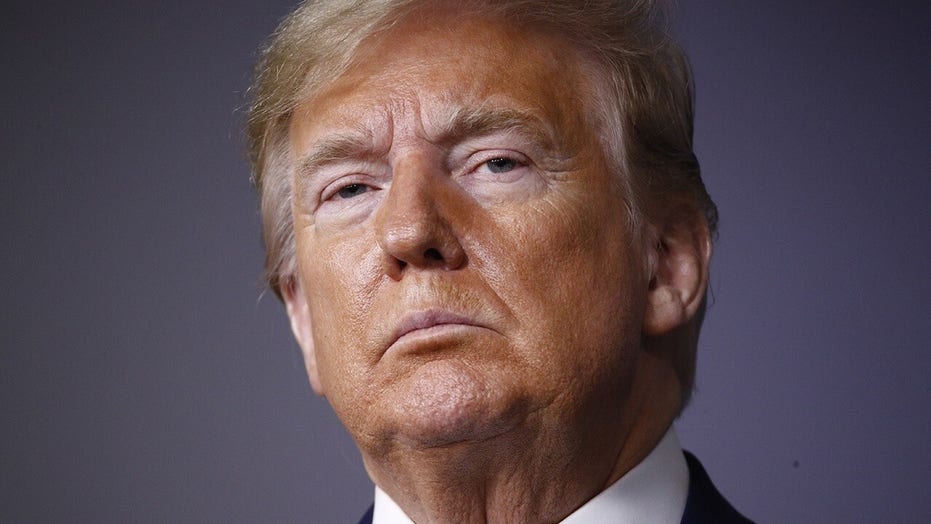 President Trump is taking that approach, once popularized by Rahm Emanuel, in spades.

By moving to freeze legal immigration -- and saying he’s doing it to protect American jobs -- Trump is taking another dramatic step toward a base-first strategy to energize his supporters.

And this comes days after the president urged protestors, some of them waving Trump signs, to “liberate” Minnesota, Michigan and Virginia from the lockdowns imposed by their Democratic governors.

THE PRESIDENT AS INSURGENT: WHY TRUMP IS PUSHING PROTESTS IN DEMOCRATIC STATES

I dubbed this yesterday part of a culture-war strategy to fire up his voters as Trump battles intense media criticism for his handling of the coronavirus, especially the lack of widespread testing. Denouncing his detractors in the media is part of that package, as with Trump’s tweet yesterday on Joe Scarborough: “Watched the first 5 minutes of poorly rated Morning Psycho on MSDNC just to see if he is as ‘nuts’ as people are saying. He’s worse...His mind is shot!” (Scarborough’s response: “Here you have a guy who is in the middle of a pandemic, and he can’t get out of the mud...He can’t help himself.”)

And Trump’s sudden move on immigration is only one piece of the puzzle. The Washington Post quotes sources as saying that top officials “are planning to launch a sweeping effort in the coming days to repeal or suspend federal regulations affecting businesses, with the expected executive action seen by advisers as a way to boost an economy facing its worst shock in generations.”

The effort, said to be aimed at small business, could affect policies on the environment, labor, workplace safety and health care.

Now before the president is pilloried for exploiting the crisis, this is something that both parties routinely do (Rahm, you’ll recall, is a Democrat.) Hill Democrats tried to get some of their ideological wish-list items into the $2-trillion bailout bill before backing down. Environmentalists seize on oil spills, safety advocates on coal mine disasters, gun control activists on mass shootings.

Still, the magnitude of the pandemic is so great that critics are already questioning why Trump is taking this step, though he said last night it would be limited to green card applicants and not affect temporary workers. The president said he hadn’t decided on exemptions for essential industries, which obviously might include technology.

While there might be a case that even legal immigrants could bring Covid-19 from their home countries, the Trump tweet talked only about American jobs.

Keep in mind, during the emotional debate over the millions who break the law in entering this country, legal immigrants are the ones who play by the rules. They are the ones who sometimes wait years to get approval. And now they face an uncertain future, for 60 days at least, once the executive order is issued.

The Post says most visa and green-card holders are relatives of Americans: “Such a move appears to have no modern precedent and would potentially leave the fiancees, children and other close relatives of U.S. citizens in limbo.” Just over a million visas and green cards were approved last year.

And then there’s the Stephen Moore faction. “Even before the pandemic, the president and some of his most hard-line advisers had been eager to reduce legal immigration, arguing that Mr. Trump’s ‘America First’ campaign pledge should be seen as protecting native-born Americans from having to compete with foreign workers,” says the New York Times.

That, in part, is why the president is determined not to waste this crisis.