Asra Nomani and a panel of Virginia parents spoke out on "Fox & Friends" Tuesday morning about the issue that has impacted them most going into the governor election: education.

On "Fox & Friends," the former Wall Street Journal columnist – whose children attended school in Fairfax County – brought examples of books being offered to children in the school system.

The first book she showed, titled "A is for Activist," features an image of an individual in a ski mask. The book was reportedly part of a lesson plan from the Virginia Department of Education for third-graders.

VIRGINIA GOVERNOR'S RACE PREVIEW: THE KEY COUNTIES TO LOOK FOR ON ELECTION DAY

"This is the book that then becomes what our children get in our school system," she said. "And you can see here, this subtle image of a militant. And this is what they are turning our children into – militants."

Other books she highlighted were "Woke Baby," "Gender Queer," and "Not My Idea," which talks about whiteness being a "deal with the devil." Nomani said up until a few years ago, she didn't know who was on the school board in her area but has since become more involved.

The group of parents all expressed support for Republican gubernatorial candidate Glenn Youngkin because of his stance on education. 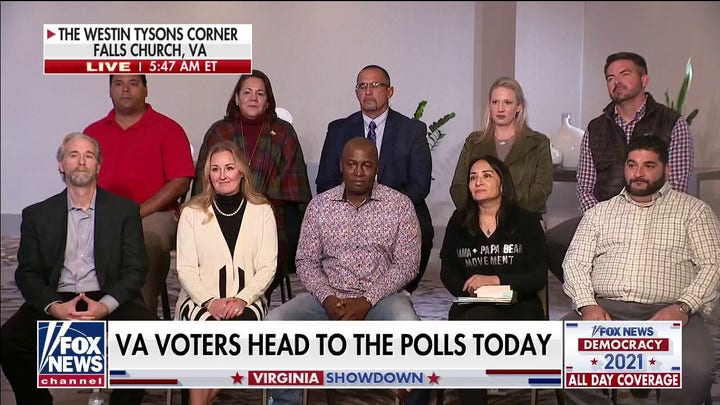 Yvette McKechnie, a mother in Loudoun County, believes that Youngkin stands for teachers and supports the ideals of parents.

"No politics belong in schools at all," she told Fox News’ Ainsley Earhardt. "I believe that that’s a parent’s job. And absolutely parents do belong in education."

McKecknie’s comment was in reference to former governor and Democratic candidate Terry McAuliffe’s position that parents should not control what schools teach.

A voter cast their balot as the governor's race in Virginia remains the most closely watched contest nationally in the U.S., at Rocky Run Middle School in Chantilly, Virginia, U.S., November 2, 2021. REUTERS/Elizabeth Frantz

Some parents, like Jessica Mendez, have faced backlash for standing up for their beliefs.

"I want to fight for my children," Mendez said. "I want them to have a good curriculum that teaches them how to think and not what to think."

Mendez said she’s been cursed at and called a racist by a neighbor because of her stance.

"We were friends for years. And as soon as I decided to stand up for what I believe in and take a stand, then she had a problem with me." 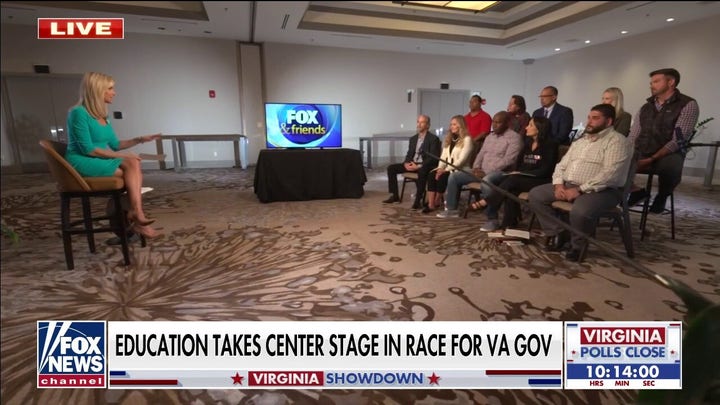 Demis Christophy’s children also attend school in Loudoun County. He criticized the school board for being dismissive of parents and inserting their ideologies into the curriculum.

"My job as a parent is to protect my kids against any tyranny, doesn’t matter what it is," he said. "You cross that line, you’re dealing with me now."

Christophy said the education system has become a "propaganda system" and called for the Department of Education to be eliminated.

"The school system should be locally controlled," he said. 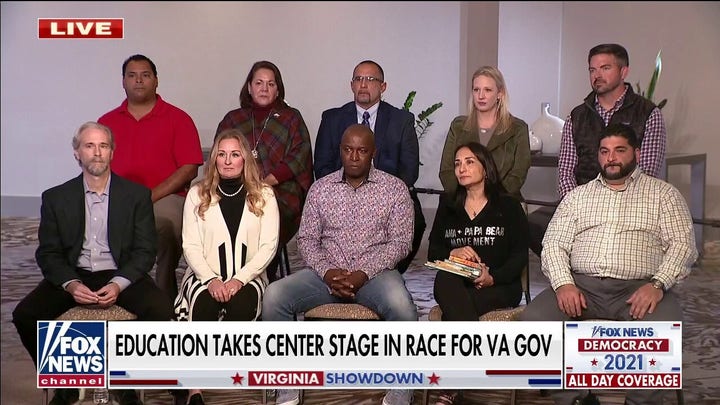 Darris Hess pulled his children out of the Loudoun County Public Schools system after over a year of virtual learning.

"The kids were really struggling," he said. "We couldn’t really trust LCPS anymore and so we pulled the kids out, and we put them in private school."

The parents all expressed displeasure with the current trajectory of the education system in their state. They voiced a desire for a governor who will listen to them and remove woke political agendas from schools.

Nomani noted the bravery of the parents on the panel and called on other parents to do the same.

"I just hope that everybody watching just sees that courage is contagious and that they too stand up," she said.