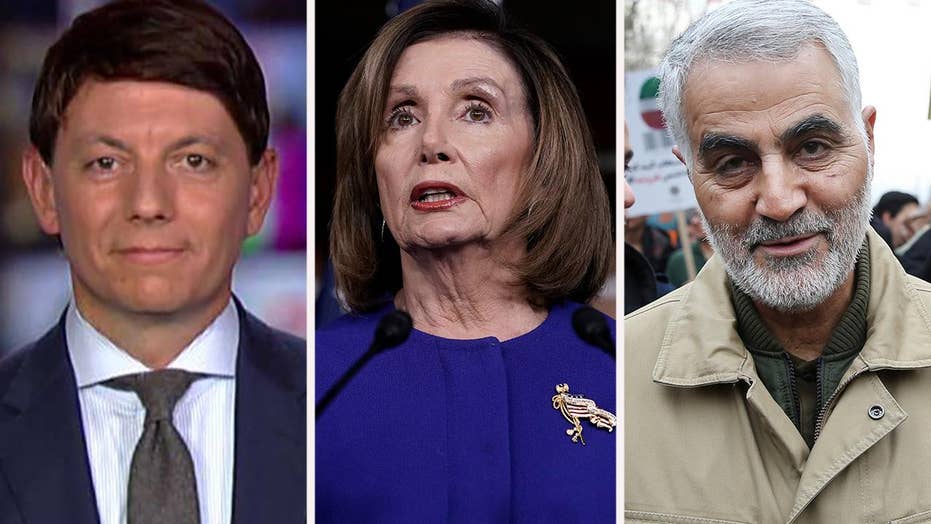 White House to Pelosi: How many more Americans had to die before we took out Soleimani?

White House principal deputy press secretary Hogan Gidley sounds off on Democrats' criticism of the Soleimani strike and reacts to the latest on impeachment.

Appearing on "Fox & Friends," Gidley asked how many more Americans have to die for House Speaker Nancy Pelosi, D-Calif., to think the American response -- an airstrike in Baghdad which killed Soleimani -- was proportionate.

A video of Vaughn and the president shaking hands at Monday night's collegiate football championship game between Louisiana State University and Clemson University went viral and was quickly met with liberal outrage directed toward the "Wedding Crashers" star.

Gidley, who was at the game with the president, said that to see Democrats outraged because two people who love football -- Vaughn and the president -- sat down, shook hands, and shared a few kind words was baffling. 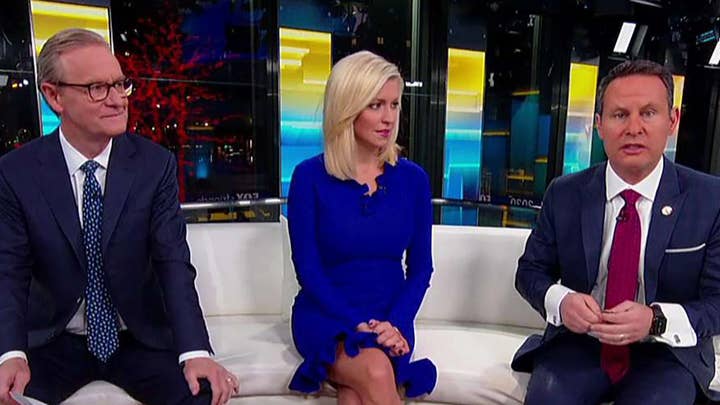 "What is the big deal?" he asked. "Democrats seem to be more upset at this exchange than they do over Soleimani killing American citizens."

"They go ballistic at the smallest thing, the smallest little sign of civility because they want everyone on their side of the aisle -- who they perceive to be one of them -- to completely cancel or attempt to attack this president from sun-up till sundown," he continued. "But, that didn't happen."

Gidley said that a negative reaction to the encounter didn't matter because "last night was a great night for the country."

"The president and the first lady were cheered on in a manner which I have never seen before," he said. "So, you know, the left can be upset all they want to. ... This is a great country and it's better off now than it was under the Barack Obama administration."