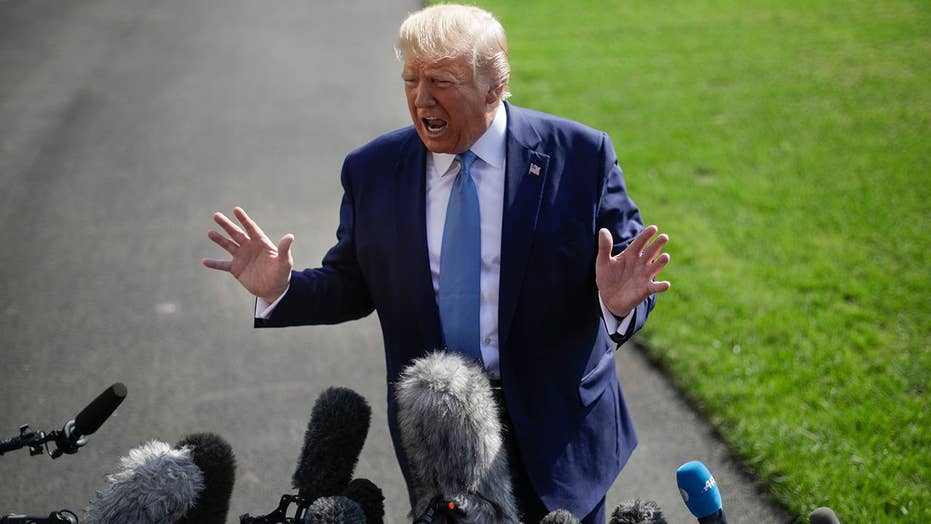 "The View" co-hosts got into a tense debate on Friday after one of them suggested that former Vice President Joe Biden and his son Hunter's actions were just as troubling as the "nepotism" seen in President Trump's family.

"I think it's a pointless debate to debate which one is worse," co-host Abby Huntsman said. "I really do, I think it's all bad."

Co-host Joy Behar strongly disagreed, telling Huntsman not to "give it a swipe like that, Abby. It's not the same thing."

Behar claimed there wasn't any evidence of wrongdoing on the former vice president's part and that the "worst thing" he was accused of was nepotism.

"Trump's got three — how many relatives are [inaudible] in the White House? It's like they don't have any other place to live," she added.

Hunter Biden and his father have come under scrutiny for the former's work with Ukraine and the latter's attempt to get Ukraine's top prosecutor fired. Prosecutor Victor Shokin was investigating a firm tied to Hunter Biden before his firing.

Fox News reported on Wednesday that Trump's attorney, Rudy Giuliani, had interviewed Shokin, noting that Shokin claimed a U.S. ambassador pressured him to handle his investigation with "white gloves, which according to Mr. Shokin, that implied 'do nothing.'"

Democrats, meanwhile, have claimed wrongdoing on Trump's part, accusing him of inappropriately requesting that Ukraine investigate the issues surrounding the younger Biden. That request, according to Democrats, showed Trump trying to interfere in the 2020 presidential election.