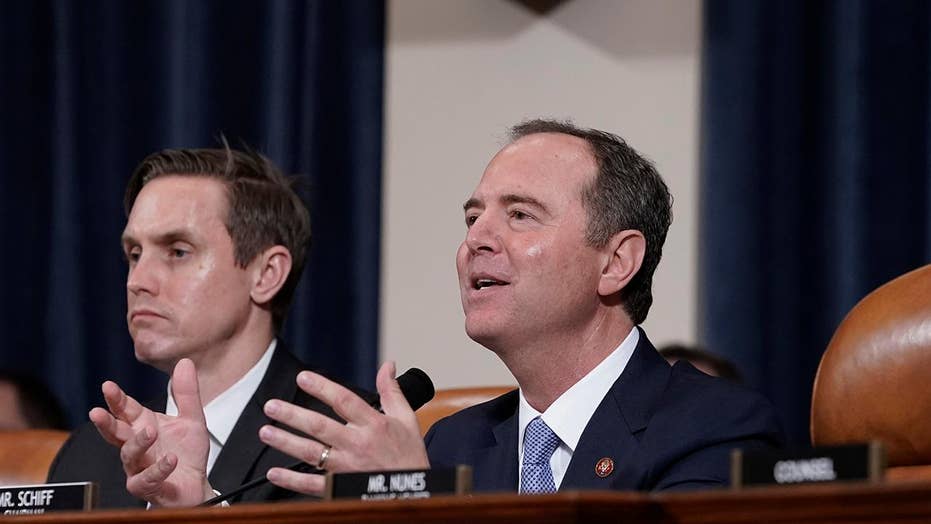 'The Case for Trump' author Victor Davis Hanson weighs in on impeachment proceedings on 'The Story.'

"If I want to think about speeding 80 miles an hour and I talk about thinking about it but I actually don't, I'm not guilty of anything other than harboring a bad thought," Hanson said on "The Story." "So Trump may or may not, we don't really know, the evidence suggests he didn't think about delaying aid and that aid was delayed, but it wasn't cut off. Maybe [Trump] thought about cutting it off. But that's not a crime."

The House Judiciary Committee is taking over the next phase of the impeachment inquiry into Trump as Chairman Jerrold Nadler announced plans for a hearing next week to weigh whether the president's actions reach a level of “high crimes and misdemeanors" and warrant articles of impeachment.

Nadler, D-N.Y., penned a letter to the president on Tuesday announcing a hearing for Dec. 4 at 10 a.m., and notifying him of the committee’s intentions to provide him with “certain privileges” while they consider "whether to recommend articles of impeachment to the full House.”

Guest host Ed Henry pressed Hanson, saying it looked like aid was held up only for Hanson to defend the president's right to hold it up.

"It's not against the law to hold up aid," Hanson said. "But the bottom line is he didn't cut it."

"You're going to convict people of ... thought crimes, for considering cutting it," Hanson added. "What would you do if you said, well, Barack Obama never gave them lethal aid and a lot of people died because of that? We're not impeaching Barack Obama for that."

Hanson said that unless former National Security Adviser John Bolton testifies, there is "nothing" Democrats have to impeach Trump.

"So unless they can bring in a marquee witness like John Bolton that has new information of direct testimony, of a conversation with the president, there is nothing, they know it," Hanson said.