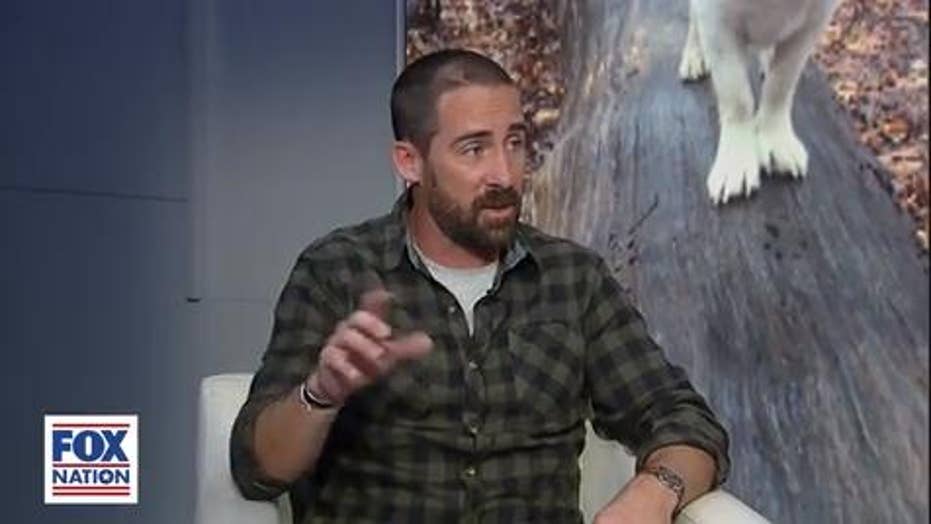 It's a story about a Marine, a stray dog, and how they rescued each other.

On Fox Nation's "UNPC," Craig Grossi, author of "Craig & Fred, " discussed how he found an unexpected guest while serving in Afghanistan, and how he brought him home to safety -- forming what would become an unbreakable bond.

Grossi, an eight-year Marine Corps veteran and Purple Heart recipient, said it was during his time doing intelligence work for Marine RECON—the most elite fighters in the Corps—in a remote part of Afghanistan that he spotted the young dog, now called Fred.

"That first week was just constant...under attack...everything from mortars and RPG's to all these other kinds of crazy stuff... and the numbers of the Taliban was unlike we've ever seen," Grossi said, reflecting on the tension in the region during that time.

Grossi painted a harrowing picture of Afghanistan during his time there, explaining in the episode how his experience as a "nervous" Marine represented something larger.

"If you were this little, scrappy runt of a dog in this place, what you would expect from an animal like that?"

Grossi said that while he had encountered several dogs during his time in the region, most of them were "big and mean and roamed around in packs."

What made Fred different? Grossi credits his "stubborn positivity."

"It all boils down to the first moments that we spent together," said Grossi.

Grossi said he had first spotted the dog "bouncing around the battlefield in between gunfights." He first approached the dog when things began to calm down.

Fred appeared malnourished; his fur was matted and he was covered in insects. Grossi said he almost turned away from the dog when Fred began to "wag his tail."

"I was like, 'Are you kidding me?' This dog has nothing to wag his tail about," Grossi recalled.

After feeding Fred some spare beef jerky, Grossi said he felt an immediate connection with the dog, who "gently and politely" chewed what was his first meal in days.

A "blown away" Grossi said it was this initial interaction with Fred that touched him the most, and he thanked Fred for teaching him an invaluable lesson.

"He was sending me a message when I came home from Afghanistan, and to all of us just about how we go about our lives and how when we feel completely justified in reacting negatively, or calling someone a name, or doing something nasty, or honking your car horn a little too long in traffic," Grossi said. "Those are the moments that we need to dig deep and find us a reason to wag our tails."

"And his [Fred] life, if nothing else, is an example of how far you can go, and how different life can be if you do that" he added.

Grossi, not yet finished with his deployment, snuck Fred out of Afghanistan and sent him home to his family in 2010 to be nursed back to health, returning home later that year.

To hear Grossi's full story about how Fred helped him cope with the loss of those close to him during his time abroad, and the challenges he faced upon his return home, join Fox Nation and watch the inspiring episode of "UNPC" today.