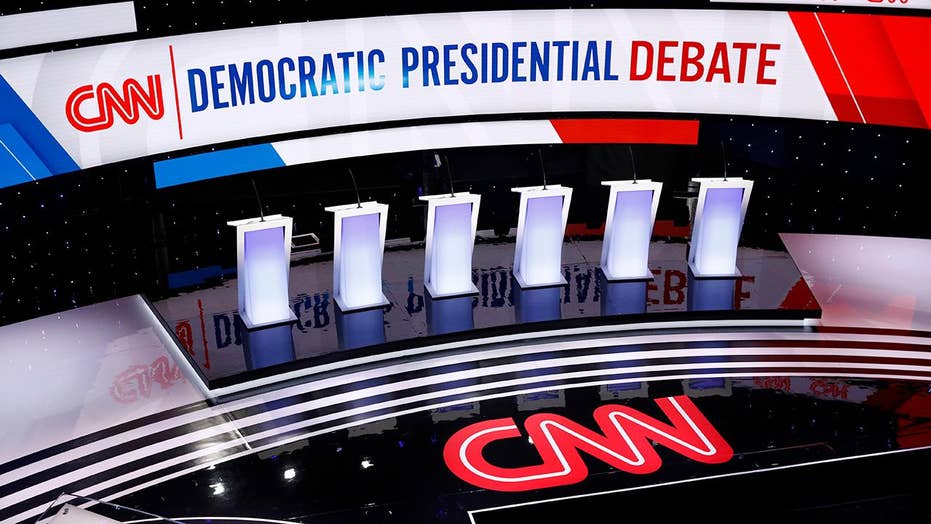 The first Democratic debate since President Trump’s confrontation with Iran kicked off with foreign policy questions, as Joe Biden and Bernie Sanders rehearsed their differences over the Iraq war and Elizabeth Warren attacked the defense industry.

Biden admitted he had made a “mistake,” but that Barack Obama picked him anyway, while Sanders acknowledged he supported the war in Afghanistan but warned that Trump could drag us into a war with Iran.

Wolf Blitzer’s questioning in the CNN debate in Iowa, with just six candidates on stage, reflected the turmoil in the Middle East since the president ordered the drone strike that killed Iran’s top general. And the candidates differed on America’s military presence, with Warren saying “we need to get our combat troops out” of Iraq and Sanders saying Americans “are sick and tired of endless wars.”

Pete Buttigieg, bolstered by his service in Afghanistan, said “the very president who said he was going to end endless wars…now has more troops going to the Middle East.”

And Biden unintentionally highlighted his longevity in saying he first ran for Congress against the Vietnam War.

Blitzer, a onetime Jerusalem reporter, did a solid job of following up, confronting Biden with the fact that the Obama administration sometimes took military action without congressional approval.

As the questioning moved on to North Korea and trade wars, the sober and tone remained, perhaps reinforced by the candidates’ caution. There were no fiery exchanges or outraged interruptions of the kind that go viral, but viewers saw plenty of substantive exchanges.

The closest thing to a jab came when Sanders said “Joe and I have a fundamental disagreement” on trade deals, which he said “increase the profits for multinational corporations.”

After 43 minutes, reporter Abby Phillip asked about the dustup between Warren and Sanders that had drawn heavy coverage in the days before the debate. And they both rushed to defuse it.

In a story undoubtedly leaked by the Warren camp, she says Sanders told her a year ago that a woman couldn’t win when she confided her plans to run for the White House.

When Phillip unfortunately presented Warren’s version as fact, Sanders said he never said that, called it “incomprehensible,” and noted he’d deferred to her in 2015, running only after she passed up the presidential race.

Warren, who has already benefited from the story, was careful not to contradict him, saying “Bernie is my friend, and I’m not here to try to fight with Bernie.” She quickly pivoted to how she had beaten Republicans and the virtues of female candidates.

What happened in those moments is not just that the two senators are ideologically aligned. Given Iowa’s history of rewarding a third candidate when two slug it out, they both calculated it was better to move on, and CNN didn’t press the issue.

Those in the media who have been hyping this spat seem to have forgotten how mild it is compared to the usual vitriol in primaries, especially compared to the name-calling and insults of the 2016 Republican campaign.

Even the discussion of health care—with Amy Klobuchar directly challenging Warren on Medicare for All—amounted to a reprise of past talking points.

The stakes are especially high with three weeks until the caucuses, as  polls show the top four bunched at the top. Biden, Sanders and Buttigieg have all led, at least within the margin of error, in at least one recent survey.

The second hour was fairly dull. CNN didn’t mention the word impeachment until an hour and a half in, and that produced the closest thing to an emotional moment. When Blitzer asked Biden about Trump going after his family, the former vice president said the Republicans had “savaged my surviving son,” gone after him, “told lies,” but that he “can’t hold a grudge” and would try to heal the country.

The clash came the night before House Democrats plan to finally send the impeachment articles to the Senate, whose trial is slated for next week. In fact, had Nancy Pelosi moved the articles a few days earlier, the debate would have been scrapped since the contenders include three senators who will be confined to the chamber every day that the trial is in session.