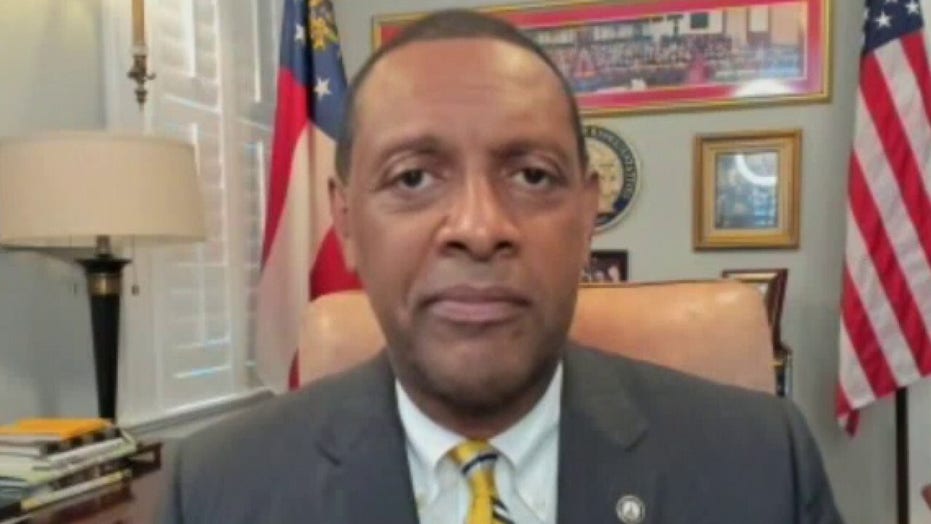 Vernon Jones on why he's not voting for Biden

Democratic Georgia Rep. Vernon Jones told MSNBC anchor Craig Melvin that he is “paid to shape a liberal narrative” during a heated interview on Wednesday in which the lawmaker took exception to a question about whether or not he’s compensated to support President Trump.

Jones, who a member of Black Voices for Trump Advisory Board, was asked by MSNBC anchor Craig Melvin if he is paid to support Trump as a Democrat.

"Are you a paid campaign surrogate? Are you being compensated?" Melvin bluntly asked.

Jones then started to discuss how African Americans are expected to oppose Trump but Melvin cut him off. “Sir, I did not raise your race,” Melvin said as bickering intensified.

"No, no, wait. Whoa, whoa, whoa. You’re not going to imply that I asked that question because you’re Black," Melvin responded.

"So don’t ask me that. You only ask me that because I don’t fit your narrative. I don’t want anything from this president. It’s what I can do for my country and you need to accept that many other African Americans and others support this president because of his policies. And to insult me to say am I getting paid, that is disgraceful,” Jones said

“That’s representative of MSNBC and their narrative to keep Blacks silent who happen to support this president,” Jones added. “Why can’t I be like White liberals or other Whites, nobody questions if they’re getting paid, so do you ask Democrats [if] are they getting paid? Are you getting paid by Joe Biden?”

Melvin then quickly ended the interview.

Earlier this year, Melvin asked Sen. Tim Scott, R-S.C., if the GOP was "using" him as a "token" amid the response to George Floyd's death.