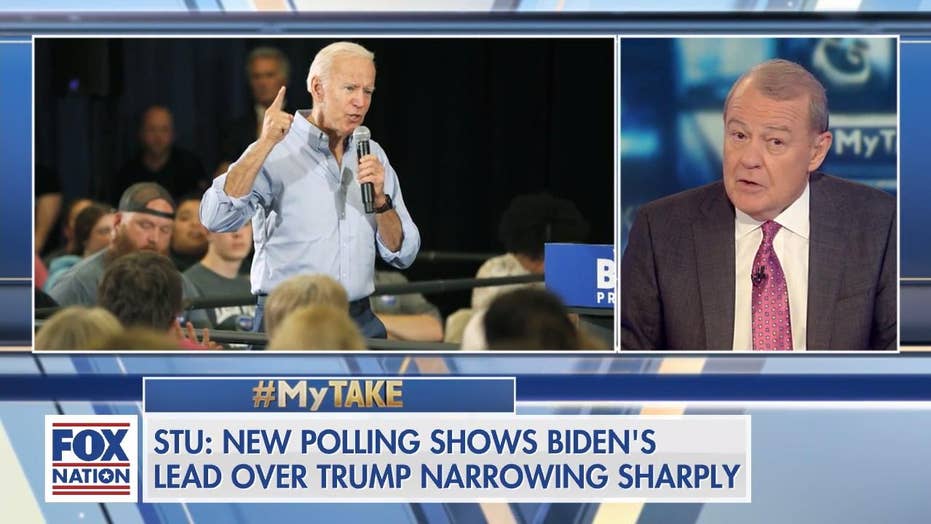 "When the New York Times points to problems in Joe Biden's campaign, you know that campaign is in trouble," Fox Business host Stuart Varney said on the latest episode of Fox Nation's "My Take."

Varney was discussing a recent article published in the New York Times titled "The many ways that Joe Biden trips over his own tongue." In it, the writer outlines a series of gaffes made by the 2020 Democratic candidate, which have led some to question his fitness for office.

"They keep on coming, even though Biden has had six months of campaigning to sharpen up," said Varney.

The writer of the article quotes a leading Iowa Democrat who said Biden "comes across like he's stumbling around trying to figure out what he's going to say."

"Not good for the Biden camp...he's supposed to be the one who will 'beat him like a drum,'" Varney explained, referencing an earlier comment made by the candidate.

"Sounds like an empty boast now that his early big lead has crumbled," he added.

Taking further aim at the candidate, Varney cited a civics poll of likely caucus-goers that puts Biden in fourth place in Iowa -- and questioned how Biden could bounce back as he lacks the necessary capital to continue with his efforts.

"When it comes to raising money, he's in deep trouble," said Varney. "Trailing Warren, Sanders and Mayor Pete, it takes money to campaign effectively these days...and he's not raising much of it."

"Joe Biden is facing a crisis and by extension," Varney added, "so is the moderate wing of the Democrat Party. As he fades, the socialists power ahead."

"It's crunch time," Varney concluded. "The angry left has taken over the Democrat Party and the socialists have taken over the presidential campaign."