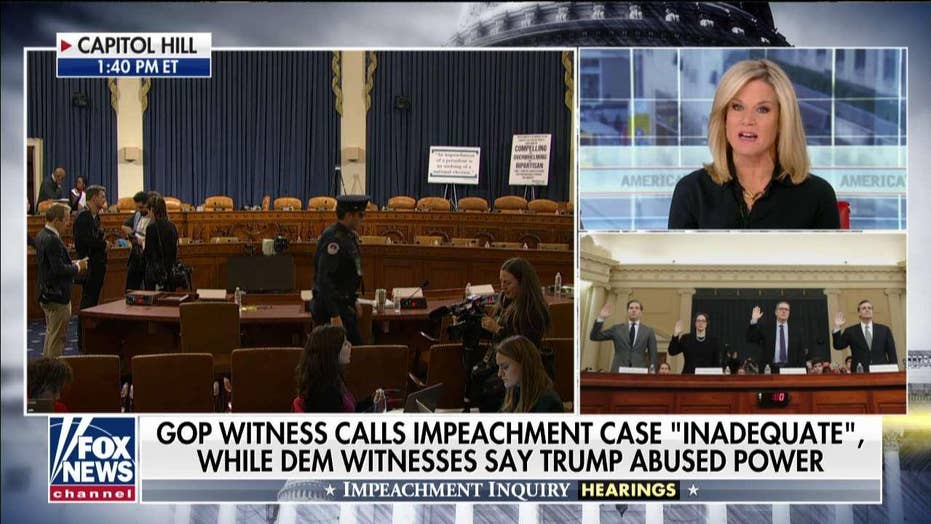 Martha MacCallum says Jonathan Turley "undercut both sides" with his testimony on Tuesday.

Constitutional law professor Jonathan Turley had a "powerful moment" during the House Judiciary Committee's impeachment hearings Tuesday when he said congressional Democrats will alienate half the country if they rush the process, said Fox News host Martha MacCallum.

MacCallum appeared on Fox News to discuss Tuesday's proceedings and credited Turley for being fair and impartial.

"It was also a very powerful moment for Jonathan Turley," she said. "And in essence what he's saying to everybody I think in that room, and also in the country, is just hit the brakes for a moment here folks. Let's think about the seriousness of what is being undertaken here, especially within a year time frame of the next election.

"And he worked very diligently to sort of undercut both sides of this," MacCallum continued. "He essentially said, this is not bribery." 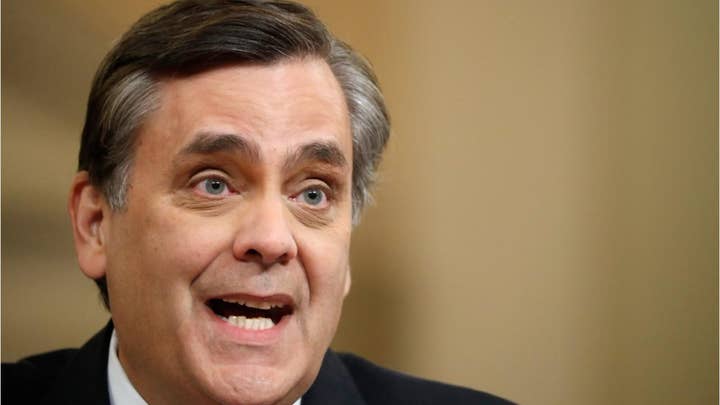 She also said the public is still unclear about the charges against Trump and claimed Democrats have failed to take enough time to clearly make their case to voters.

"There's a tremendous rush going on. And I think that's something that everybody feels," MacCallum said. "[Pelosi] wants the train to go quickly down these tracks as well and to get this done before Christmas.

"I think there a lot of folks out there in the country who are still grappling with exactly what the president has been charged with here," she added. "And as Jonathan Turley said, you have to let the public catch up. And if you don't, he said, you will, in the end, regret it."

During the hearing, Turley - who was called to testify by Republicans on the committee - warned against rushing the process.

"If you rush this impeachment, you're going to leave half the country behind and certainly that's not what the Framers wanted. You have to give the time to build a record. This isn't an 'impulse buy' item, you're trying to remove a duly-elected President of the United States," he said.