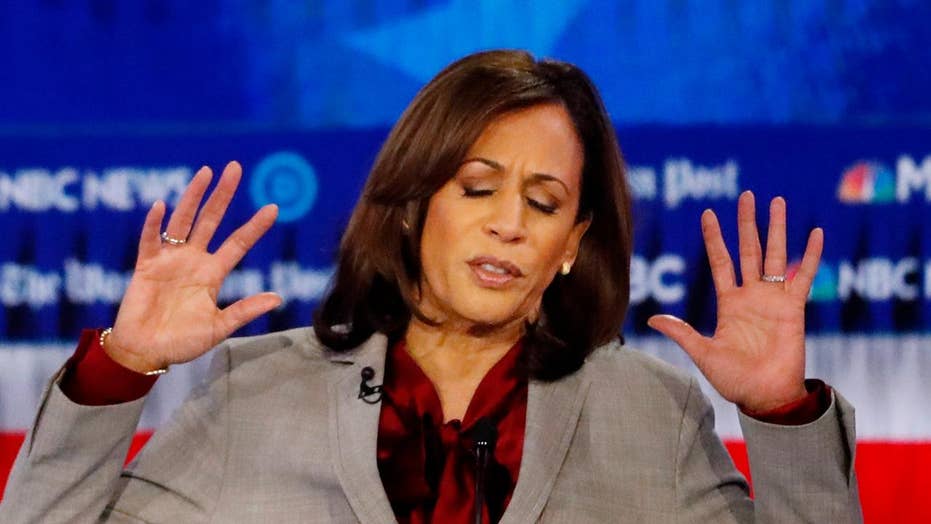 Following Sen. Kamala Harris', D-Calif., withdrawal from the 2020 presidential race, Ben Shapiro mocked the California Democrat on his podcast Monday, and sarcastically referred to her as a "groundbreaking candidate."

Shapiro also poked fun at Harris on Twitter by comparing her to the Joker, because of her tendency to laugh loudly at her own jokes.

"Kamala Harris' next job: playing the Joker. Nobody can top her bizarrely inappropriate laughter. Nobody. Not Mark Hamill, not Joaquin Phoenix, not Heath Ledger. Nobody," he tweeted.

He also accused her of lying and lacking integrity, despite her claims to the contrary.

"And no one liked her. She was really irritating and she laughed bizarrely at her own jokes," Shapiro continued.

Harris addressed her supporters with a Monday tweet, expressing regret, but promising to continue her fight for justice.

"To my supporters, it is with deep regret—but also with deep gratitude—that I am suspending my campaign today," she wrote. "But I want to be clear with you: I will keep fighting every day for what this campaign has been about. Justice for the People. All the people."