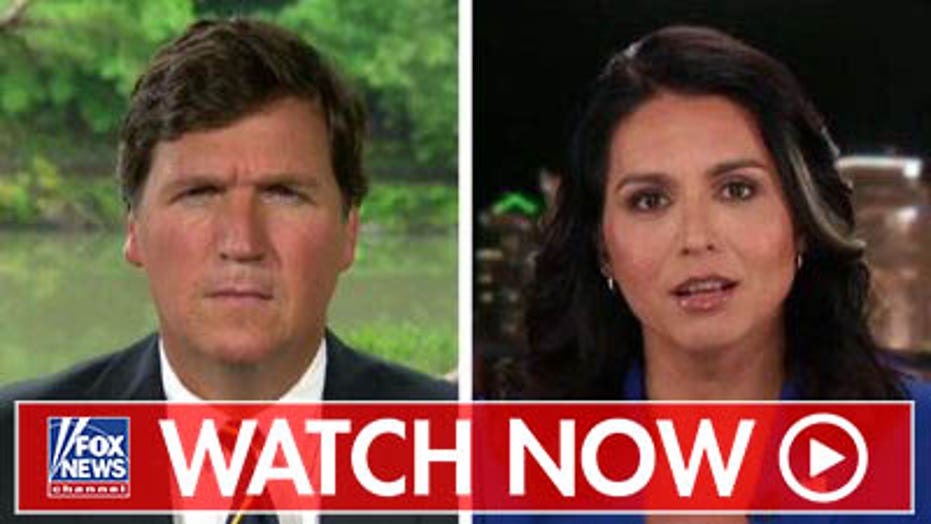 Rep. Tulsi Gabbard, D-Hawaii, said she hopes her lawsuit against Google will show that Silicon Valley companies potentially have too much power.

Congress must act to prevent the tech giant from exerting too much influence, she claimed Monday on "Tucker Carlson Tonight."

"This is really about the unchecked power these big tech monopolies have over our public discourse and how this is a real threat to our freedom of speech and to our fair elections," she said.

"So this really isn’t about me, it’s about taking action on behalf of the American people. Because we got to understand here if Google can do this to me, as a sitting member of Congress running for the highest office in the land, that means they can do this to any candidate running for any office around the country and frankly to any person in this country. 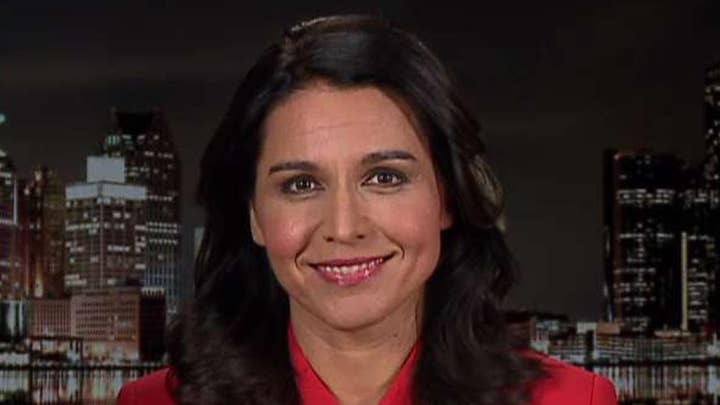 Specifically, the 2020 presidential candidate claimed that multiple news reports indicated she was the most searched candidate on Google following the first Democratic primary debate on June 26. "Then, without any explanation, Google suspended Tulsi's Google Ads account," her office said in a statement, that called the move "arbitrary and capricious."

She is suing Google for alleged, "election interference," claiming the tech giant suspended her campaign's Google Ads account just after that first debate.

Conservatives have long charged that Google discriminates against conservatives, and the Justice Department on Tuesday announced a sweeping antitrust review into large technology companies.

“Google’s discriminatory actions against my campaign are reflective of how dangerous their complete dominance over internet search is, and how the increasing dominance of big tech companies over our public discourse threatens our core American values," Gabbard said in a statement. "This is a threat to free speech, fair elections and to our democracy, and I intend to fight back on behalf of all Americans.”

In her interview with Tucker Carlson, the Hawaii Democrat said the search giant's algorithms are secretive and give them the ability to regulate certain "voices."

"Google is controlling when you type into that Google search box what pops up, the information you see," she said.