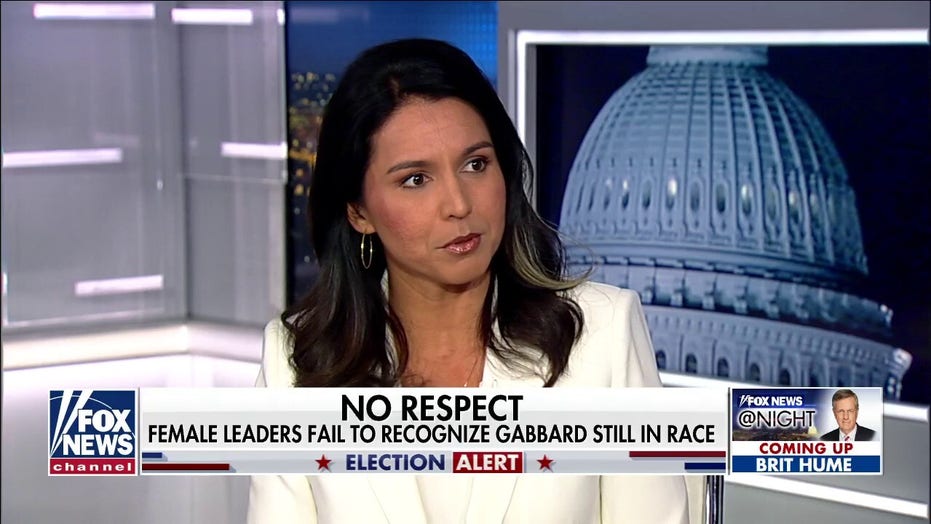 Rep. Tulsi Gabbard talks failure on behalf of of the DNC to recognize female leaders

In an interview on "Fox News @ Night" with host Shannon Bream, Gabbard, D-Hawaii, said that "American voters have a right" to ask questions about the DNC and their partners' methods when making the rules for the debates

Gabbard – the last remaining woman in the Democrats’ presidential race – has been shut out of the party’s next debate with a rule change that makes it mathematically impossible for her to claim a spot.

Under the party’s most recent set of debate rules, any candidate who had won at least one delegate in the party’s first 25 nomination contests had the right to take the stage.

Democratic presidential candidate Rep. Tulsi Gabbard (D-HI) waves to the crowd at the She The People Presidential Forum at Texas Southern University on April 24, 2019 in Houston, Texas. (Photo by Sergio Flores/Getty Images)

But on Friday, the DNC announced new criteria requiring candidates to hold at least 20 percent of all awarded delegates by the time of the next scheduled debate in Phoenix, Ariz. on March 15.

"You hear a lot of talk. We just celebrated International Women's Day and the progress that women are making around the world," Gabbard remarked. "But when it comes to actually making sure that – in this presidential primary – that the only woman candidate left in the race, the only woman of color, and the first female combat veteran ever to run for the presidency has a voice, the DNC and their corporate media partners say, 'No thanks. Actually, that's not what we want the American people hear.'" 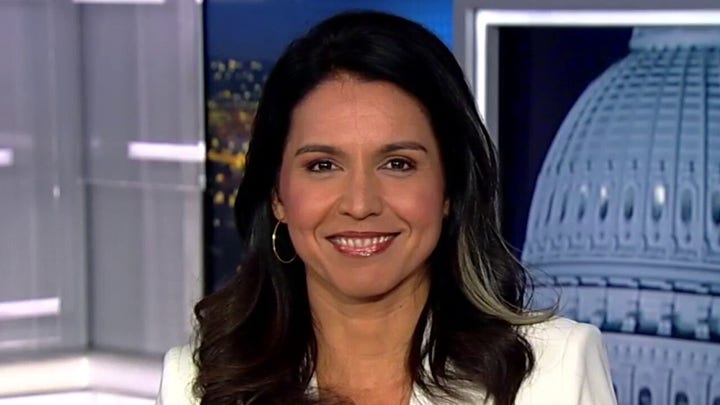 Gabbard told Bream that the DNC's inconsistent rule-changing is a "greater disservice" to voters who will "not have the opportunity to make that best-informed decision about who our next commander-in-chief should be."

"Because, we're not seeing these other candidates bringing to the forefront the issues that I am about the need to bring this -- sea change in our foreign policy, to stop waging these wasteful regime change wars toppling dictators in other countries, the new Cold War nuclear arms race, all of which are not making us any safer," she told Bream. "And, instead, redirect our taxpayer dollars towards really serving the very urgent pressing needs that the American people here at home all across the country are very concerned about. Things like the coronavirus, for example."

Does Gabbard believe that either Vermont Sen. Bernie Sanders or former Vice President Joe Biden are equipped to have discussions on the issues she cares about?