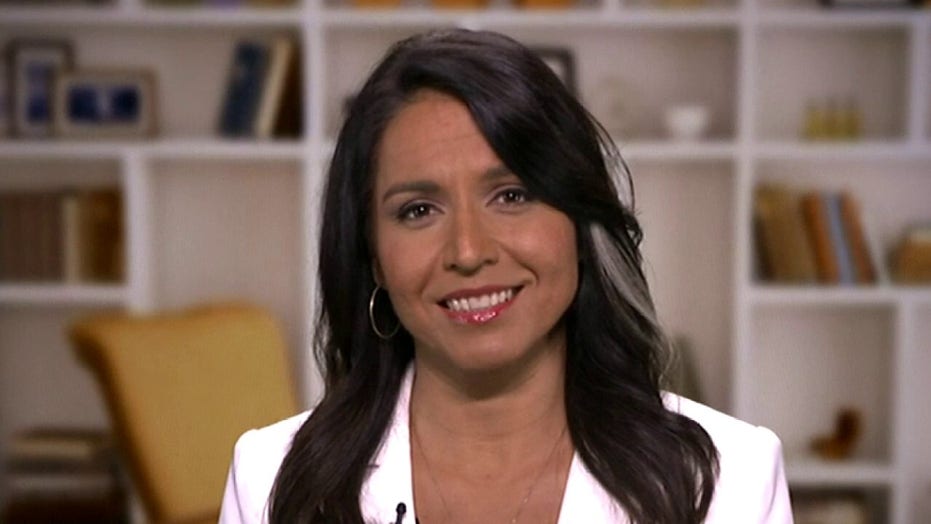 Voters "really haven’t had a chance to hear my message or to learn about the background and experience I bring to serve as commander-in-chief," Gabbard said during an appearance on the Fox Business program "Varney & Co.," "because there’s been an almost total corporate media blackout since the day that I started running for president."

The congresswoman failed to gain any delegates in the Iowa caucuses and came in seventh place in New Hampshire last week, a state she had hoped would help her stand out.

HANNITY SPARS WITH TULSI GABBARD OVER DRUG LEGALIZATION: 'YOU'RE DODGING'

“There have been some challenges but we’re still here, we’re still fighting and still bringing the message of the change that I seek to bring to voters here in South Carolina right now,” she said, referring to South Carolina’s Feb. 29 primary.

She said she’s focused on putting Americans’ taxpayer dollars toward health care, education and infrastructure in their communities rather than waging “wasteful regime change wars [or a] new Cold War nuclear arms race, all of which do not make us any safer.”

She said her experience serving as a soldier for almost 17 years and as a congresswoman make her especially qualified on national security and foreign policy issues.

Host Stuart Varney said he doesn’t think that message is working for her.

Gabbard said when she’s able to get in front of people either in person or on TV, “our support builds and grows." She said she would continue to stay in the race and reach out to voters.

“If you like this message that I’m delivering ... help us continue to carry this message forward across the country.”

Gabbard has an average of 1.6 percent in the latest Real Clear Politics review of national polls.