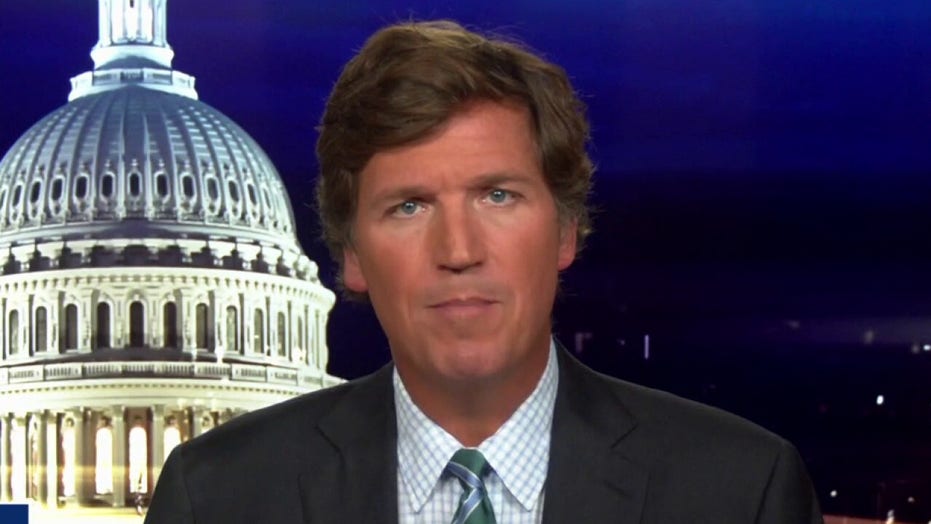 Tucker: Our leaders used a health emergency to subvert democracy

Corrupt politicians scared us into giving up control over our own lives.

Tucker Carlson blasted Democratic leaders Wednesday night, accusing them of using the coronavirus pandemic and the unrest over George Floyd's death to distract the American public from the negative impacts of lockdowns.

"The cost of shutting down the United States and denying our citizens desperately needed contact with one another is hard to calculate. But the cost has been staggering," the "Tucker Carlson Tonight" host said. "The people responsible for doing all of this say they have no regrets about it. 'We faced a global calamity,' they say. 'COVID-19 was the worst pandemic since the Spanish flu. That flu killed 50 million people. We had no choice. We did the right thing.' That's what they're telling us."

FAUCI: ‘NIGHTMARE’ CORONAVIRUS PANDEMIC IS FAR FROM OVER

In fact, Carlson said, data supports those who say "the lockdowns were not necessary."

"States that never locked down at all, states where people were allowed to live like Americans and not cower indoors alone, in the end turned out no worse than states that had mandatory quarantines ... " he added. "The states that did lock down at first but were quick to reopen have not seen explosions of coronavirus cases. All of this is the opposite of what they said would happen."

According to Carlson, the "remarkable story" of the coronavirus lockdowns is not getting the media coverage it deserved because of George Floyd's death and the aftermath.

"The media would rather tell you why you need to hate your neighbor for the color of his skin," he said.

Carlson went on to blast politicians and the media for ignoring the impact of the lockdowns, pointing out that they are still in effect and people are still suffering.

"The message is, you were played. We were all played. Corrupt politicians scared us into giving up control over the most basic questions in our lives," he stated. "At the same time, they gave more power to their obedient followers, like Antifa, while keeping the rest of us trapped at home and censored online. In other words, they used a public health emergency to subvert democracy and install themselves as monarchs."