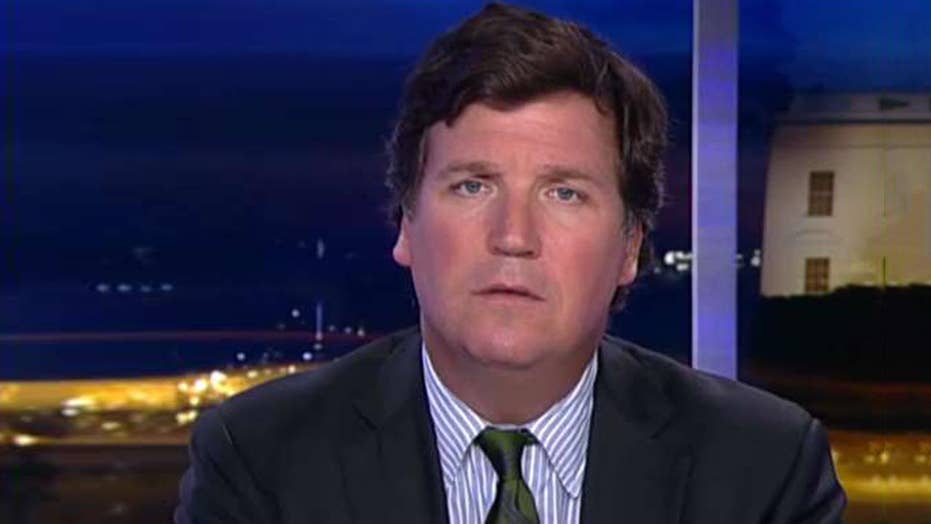 Tucker: No one is above the law except Democrats

Carlson played a montage of Democrats -- including House Speaker Nancy Pelosi, D-Calif., House Intelligence Committee member Peter Welch, D-Vt., and Sens. Kamala Harris, D-Calif., and Elizabeth Warren, D-Mass. -- all slamming Trump by saying "no one is above the law."

"It's pretty simple -- you don't need a law degree to understand it: Nobody is above the law, nobody," he said, quoting the lawmakers. "Except for the more than 20 million illegal aliens who they tell us have every right to be here ignoring our laws -- and 'shut up, racist if you disagree' -- and the so-called homeless shooting up and living full-time on the sidewalks. The law does not apply to them or to subway jumpers in New York, or Hunter Biden."

"But other than that, absolutely nobody is above the law, meaning Trump. And that is why they are impeaching him."

Carlson later said that Senate Minority Leader Charles Schumer, D-N.Y., exemplified the left's hypocrisy when he claimed some Republicans push "conspiracy theories" and lie to the American people. He also responded to the Brooklyn lawmaker's critique of Fox News. 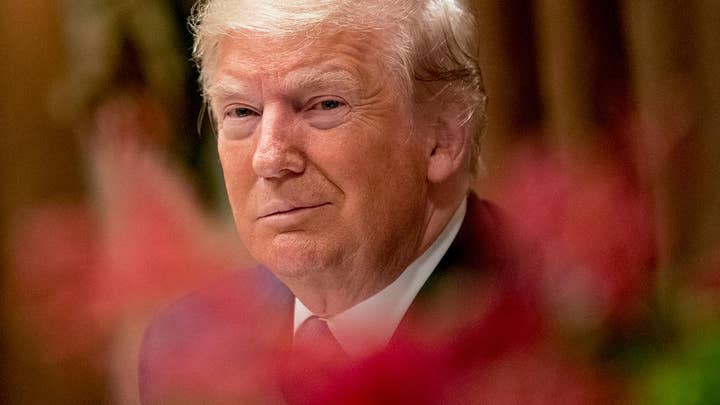 "What the left accuses you of doing is precisely what they are doing themselves," Carlson said. "They accuse you of fostering racism, pushing conspiracy theories, [and] lying to the American people. Of course, those are the three main things they are doing, and impeachment proves the point once more."

The host called Schumer's remarks a "hot blast of irony":

"The president conjures fictions, buys into baseless conspiracy theories told by known liars on Fox News or somewhere else," Schumer said on the Senate floor Tuesday. "Here in the Senate, certain members of the Grand Old Party are forming their own Conspiracy Caucus. Any crazy conspiracy, whether launched by Putin or some wild-eyed crazy conspiracy theorist who manages all the time to get on Fox News and get his or her story repeated..."

Carlson said Schumer and his colleagues fail to see the irony in their contention that there was no foreign "meddling" in American politics when Hunter Biden was employed by Ukrainian natural gas company Burisma Holdings while his father, then-vice president Joe Biden, was overseeing relations with Kiev.

"House Democrats are arguing here that there was no meddling in American politics when a Ukrainian energy company hired the otherwise-unemployable son of a sitting vice president at an exorbitant rate for no work at the very moment his father was policing quote 'anticorruption efforts' in their country." he said. "There is nothing political about that. If you think otherwise, you believe in a conspiracy theory a debunked conspiracy theory."

Carlson said the articles of impeachment contend that Trump committed impeachable acts by "simply asking about" the Bidens in a way Democrats characterized as "abuse of power."

He asked whether former President Barack Obama abused his power when he ordered the execution of Muslim cleric Anwar al-Awlaki via drone overseas -- "without a trial." Al-Awlaki, an American citizen, was an imam at a Falls Church, Va., mosque and had been accused of working with Al Qaeda to plan terror attacks.

"Or when [Obama] had the FBI investigate a rival presidential campaign based an obviously fraudulent dossier of opposition research written by a foreigner using intel from the Russian government," Carlson added. "That was not an abuse of power -- you're crazy. What, do you work for Fox News or something?"