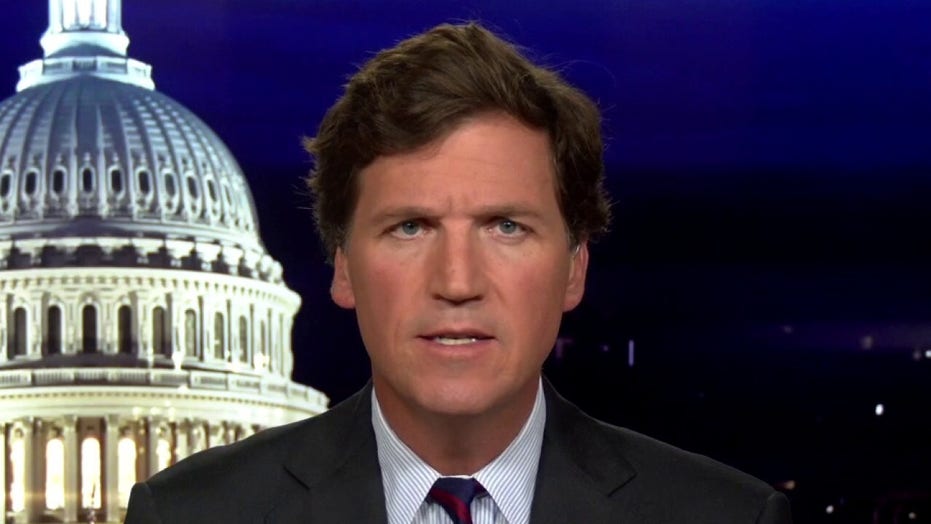 Tucker on shocking police ambush: This is the country Democrats are creating

The Democrat Party has been promoting anti-police narrative for months during Black Lives Matter protests, which have contributed to the recent outbreak of violence, Fox News' Tucker Carlson said Monday.

The "Tucker Carlson Tonight" host said the shooting of two California deputies last weekend is being written off as a "senseless crime," but he said the intent behind it was clearly driven by the leftist movement.

“He tried to kill them because they were cops,” he said. “Can we really be surprised that he tried to do that? Since the beginning of summer, the Democratic Party has told us that the police are evil. That they’re killers. Agents of racist genocide. Cops are the problem.”

Carlson pointed to the reaction by the public who were nearby the officers in the moments after the shooting. Nobody ran over to offer help or comfort the two. Instead, they mocked the officers.

“This is the country they’re creating,” he said. “A young woman shot in the face gasping for air as she tries to stay alive for her child. What kind of person could laugh at that?”

“Black Lives Matter has told this man that police officers deserve to die because they’re sub-human,” he added. “So why wouldn’t he celebrate?”

Following the shooting, protesters flocked to the hospital where the officers were taken to “root for their death” and block the entrance and exits. Carlson said this was the perfect opportunity for the LAPD to intervene with justified force, but they didn’t.

He said Democratic leaders nationwide condoned this act of violence and others, as protesters continue to react accordingly and treat criminals as “martyrs.”

GUTFELD ON ANTI-POLICE CLIMATE IN AMERICA

“It’s all such an absurd lie,” he said. “And everyone who’s paying attention knows it’s a lie. But they demand that we all play along. And they punish us if we don’t."