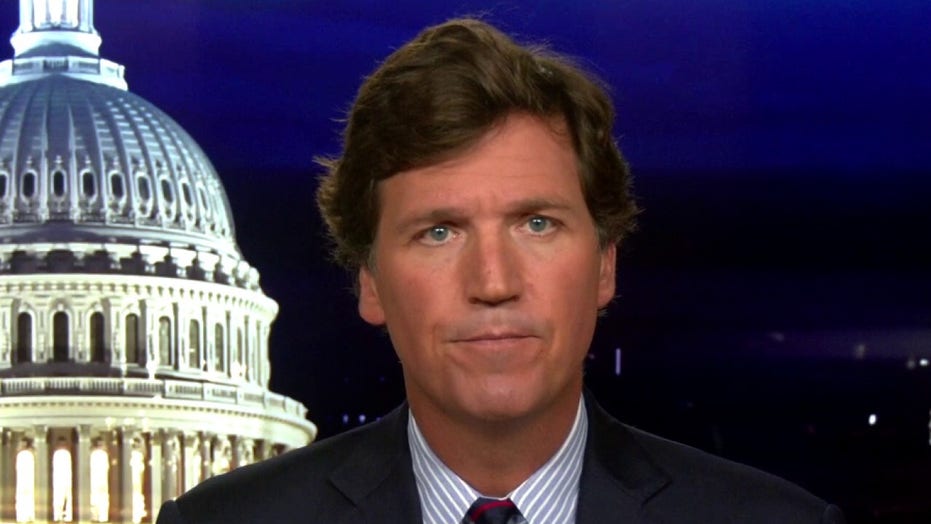 'Tucker Carlson Tonight' host examines the reactions of the left to the Supreme Court nominee.

Supreme Court nominee Judge Amy Coney Barrett is causing an uproar among Democrats and according to Tucker Carlson, her happy family is what’s driving them crazy.

“Democrats know Amy Coney Barrett’s life refutes the lies they have pushed on the rest of us for decades, [so] they must destroy her personally,” the “Tucker Carlson Tonight” host said Monday night. “Her happiness -- her family’s happiness -- is evidence that they are frauds.”

Barret may be the “most impressive person” to receive this nomination, Carlson said, but she’s driving the Democrats “completely insane” because she’s happy and they’re not.

“Even though on some level, Democrats understand rationally it’s a very bad idea to attack a woman for her family or religious faith, they can’t help themselves,” he said. “So they’re doing it. Amy Coney Barrett represents everything that made this a great country. Therefore, they despise her.”

Several mainstream media outlets have scrutinized Barrett for her Catholic faith, with a particular focus on her membership in the People of Praise organization.

However, according to Carlson, the group is hardly a "fringe sect" since it was born out of the Charismatic Renewal Movement, which has tens of millions of followers -- including liberals.

"Attacking Christianity is the point of this," the host said. "Why do they hate Christianity? Because at its core, Christianity is a threat to the left because it acknowledges an authority higher than the Democratic National Committee."