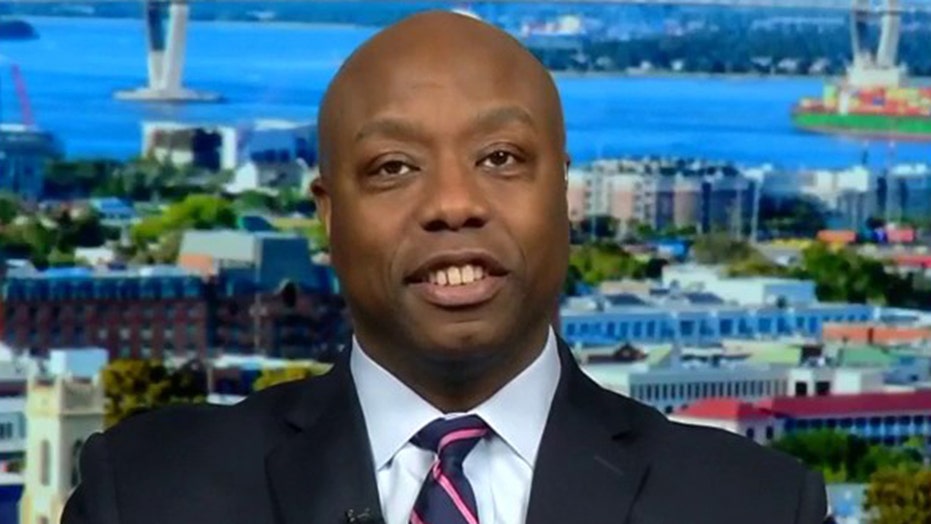 Scott pointed to increases in black homeownership and Trump’s efforts on criminal justice reform as reasons why that support will likely increase.

“Think about a top-tier Democratic candidate that talks about harassing African-American males through stop-and-frisk,” Scott said, referring to the controversial anti-crime policy employed by Democratic presidential candidate Mike Bloomberg when he was mayor of New York City. “Compare that against President Trump’s criminal justice reform packages that are making the justice system more fair for African-Americans disproportionally than it has been in a long time.”

Black unemployment numbers are also down and the number of black people working is up, he added.

Clyburn said the president would “absolutely not” get more African-American support, adding he only gave Trump credit for continuing the economic growth started under the Obama administration.

The South Carolina Democratic primary is scheduled for Feb. 29. The state's Republican primary was canceled.