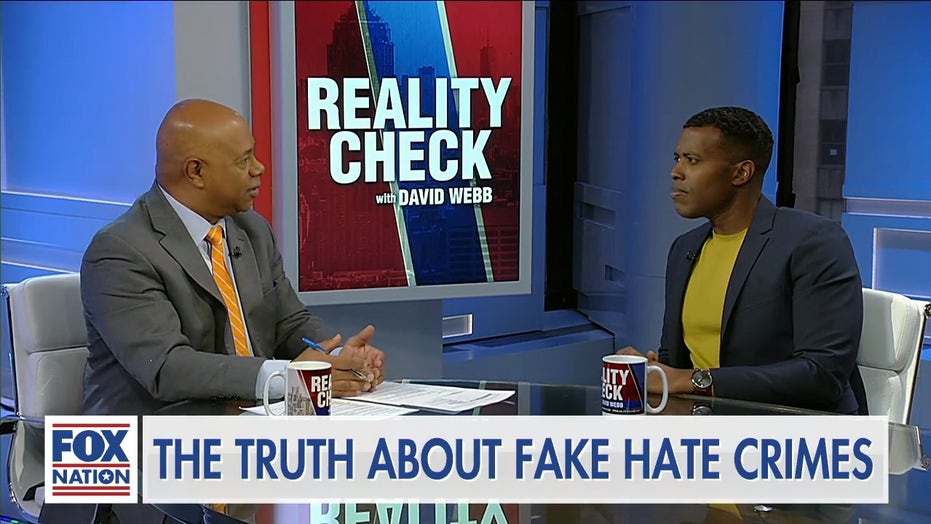 African-American conservatives speak out against stereotypes: 'We both don't exist

In the latest episode of Fox Nation's "Reality Check," host David Webb and Iraq War veteran and political analyst Rob Smith delved into what they see as a reluctance by liberals to recognize that there is a diversity of thought within the African-American community.

"I don't exist," claimed Webb on his show Tuesday. "I've been a Republican since I was 18 years old."

"You're black, gay and a Republican and an Iraq veteran. We both don't exist. ... Our voices are pushed down," he suggested to Smith, who is also a contributor to the conservative student movement Turning Point USA.

Smith agreed with Webb's assessment and he observed that in the years before he became a conservative he was inundated by the narrative that African-Americans are "victims" in American society.

"What was your breaking point?" asked Webb.

"My breaking point for the Democratic Party was when they ran Hillary Clinton. I was like, 'Well, I'm not voting for her.'" said Smith.

"I started looking at things a little bit differently when Trump did get elected," he continued. "And when I started seeing some things, like, 'Well, wait a minute, no, illegal immigration is a problem and it's particularly a problem in the African-American community.'"

Returning to the concept of victimhood, Webb asked Smith to reflect on why that narrative is prevalent among some in their community. 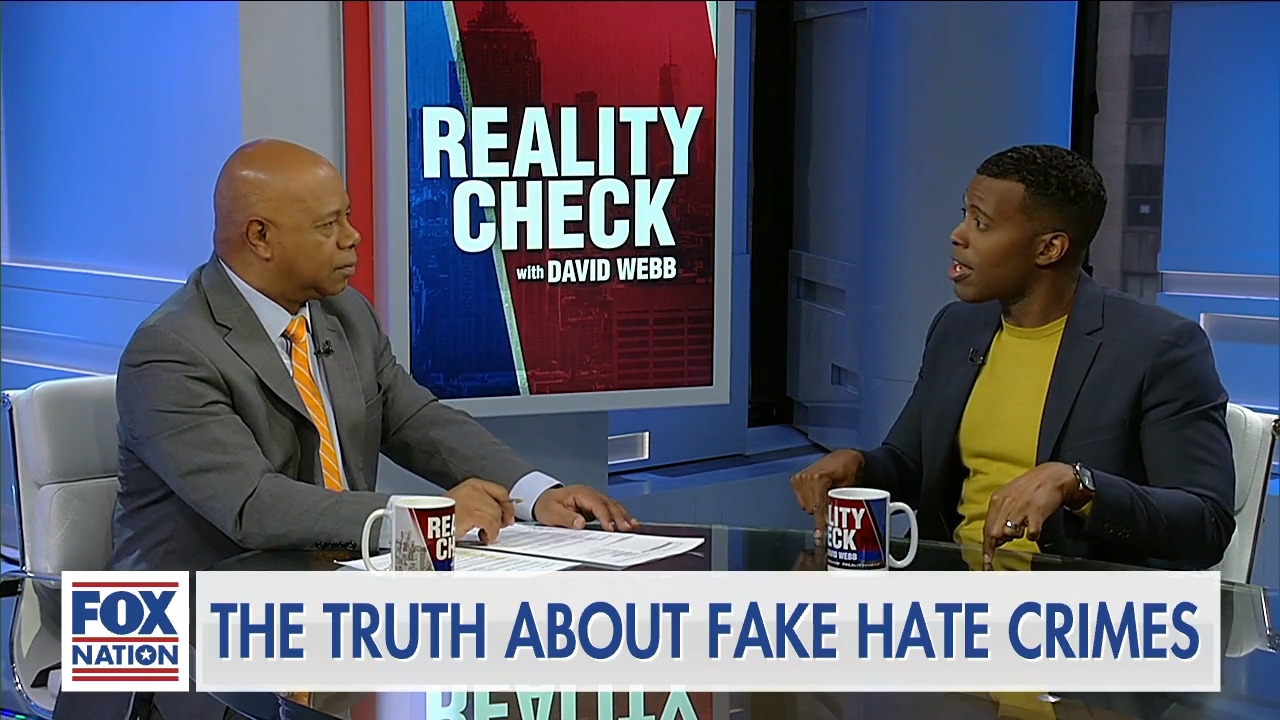 "The Al Sharptons of the world they want you to be victims," said Webb, "But I don't get the parents ... you'd think they want to see more for their kids."

"You want to open their eyes and say, 'You know, you're born black, that you don't control,'" Webb continued. "'But you do control what you do and I want to make sure you have the best path forward.' So is there something missing in the black parenting community where they've failed their kids?" he asked.

"Yes, parents," said Smith. "We can't talk about parenting in the black community without talking about the fact that 74 percent of black children are born out of wedlock. ... We have a lot of single-parent households where the mothers are in charge and the dad is not there."

"We can't remove that conversation from the conversation that we're having when we're trying to get our kids to be successful."

On Feb. 5, Smith testified on this topic before the House Oversight and Government Reform Committee.

"I am a U.S. Army veteran and a proud black conservative," he read in his prepared statement. "I grew up in the working-class community of Akron, Ohio, and was raised by a single mother."

"I credit the time that I spent in the Army with building the unshakable belief that I have in myself," Smith read. "It was those years that taught me that I’m not a victim, that there is nothing that I cannot achieve, and that I’m in the best place that I could possibly be at to achieve it: the United States of America."

"My mom raised me," Smith told Webb. "When I went into the military, that's when I learned discipline and that's when I had those drill sergeants, those are my dads. ... They taught me all of those things that a father is supposed to teach you. And we have a problem now where we have so many young black people, but black men in particular, that are raised in single-parent households with no father."

To watch all of David Webb's interview with Rob Smith visit Fox Nation and sign up today to watch  "Reality Check."